Like Stella & Dot, these five California-based brands are pioneering new ways of marrying technology and beauty. 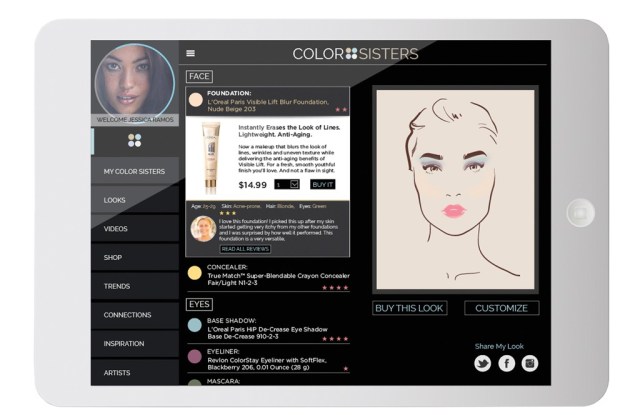 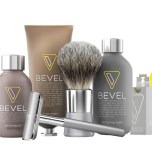 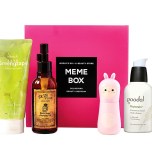 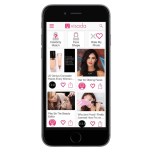 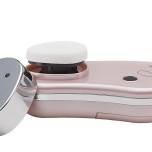 Like Stella & Dot, these five California-based brands are pioneering new ways of marrying technology and beauty.

Nina Bhatti, who holds a Ph.D. in computer science and toiled in science-y positions for a dozen years at Hewlett-Packard, isn’t the most obvious person to be discussing the annoyances of shopping for makeup. But she’s been discussing them a lot lately because her new company Kokko is out to end a particularly vexing annoyance: picking the wrong foundation shade. “A lot of women want some help. If they are at a store, there are so many stockkeeping units in one line, it’s really tough,” she says. “Why are we frustrating them with this really crappy buying experience?”

Bhatti brought her technical background—she’s been involved in securing 22 patents—to bear on improving the buying experience. She developed color-matching mobile imaging technology employing selfies to pinpoint women’s skin tones in order to identify foundation shades (and, soon, makeup shades of all sorts) that are right for them. The technology will be put to the test with the April beta launch of ColorSisters, an app that will help users identify the correct base shade; it is the first of many products expected to span industries in which accurate color-matching is advantageous. Bhatti vows ColorSisters’ color-matching capabilities are “as good as a really good makeup artist.” ColorSisters will also provide product reviews from women with similar skin tones. The company will generate revenues, as much as $41 million by 2017 is forecast, through affiliate fees, licensing, advertising and deals with brands to get their cosmetics spotlighted on ColorSisters. “Our goal is to be your personal makeup adviser who gives you information that is trustworthy and unbiased,” says Bhatti. “It is based on science as well as the real-life experience of women who look like you.”

As one of the few high-profile African-Americans to spearhead a start-up in Silicon Valley, Tristan Walker has taken aim at an issue he is uniquely suited to address: the lack of appealing personal-care products designed for people of color. Speaking the language of his Silicon Valley compatriots, the chief executive officer and founder of Walker & Company Brands and the former director of business development at Foursquare, says the ethnic personal-care segment is ripe for disruption. Looking across the U.S., he sees a diverse population getting more diverse every day and argues personal-care behemoths aren’t keeping up. “I am dedicating my life to the changing demographics in this country. This shift is the greatest economic opportunity of my lifetime,” says Walker. “There are too few folks at the large incumbents who understand it.”

Walker & Company’s initial endeavor is Bevel, a shaving line sold online through subscriptions featuring a five-piece kit including a double-edge safety razor and blades, a shaving brush, priming oil, shave cream and restoring balm. “It is the first and only shaving system specifically for men and women with coarse and curly hair,” says Walker, noting the description covers 80 percent of black men, and 30 percent of men and women of other racial backgrounds. Before Bevel, he says that these men and women resorted to irritating depilatory creams and inadequate electric trimmers. Walker won’t disclose sales but says that Bevel, which launched in 2014,  has a customer retention rate of 90 percent.

Bevel is only the beginning for Walker & Company, which plans to launch two brands annually. “Our company’s mission is to make health and beauty simple for people of color. We will never sell shampoo for the sake of selling shampoo. We will only make products that solve problems that people of color over-index on,” says Walker, citing the transition to natural hair and vitamin D deficiency as examples. The personal-care behemoths are watching. “We have spoken to all of them,” remarks Walker. “They are saying, ‘You are doing something interesting here. How can we learn from what you are doing?’” Walker isn’t shy about his goal to join the ranks of the giants. A tech veteran at the tender age of 30 who has served as entrepreneur in residence at Andreessen Horowitz, Walker thinks big. “I want to build a company with as much legacy, pride and historic tradition as a Johnson & Johnson and Procter & Gamble.”

Take a beauty sample box, mix in an e-commerce site and a cosmetics brand, sprinkle in a dash of technological prowess, and what you get is something pretty close to Memebox. Founded by Doin Kim and Hyungseok Dino Ha in Korea with a Birchbox-type offering focused on Korean beauty finds, Memebox took off quickly, convincing Ha and Kim the concept had global potential. To help realize that potential, they signed up to be a part of Y Combinator, the prominent seed accelerator based in Mountain View, Calif., where Memebox so impressed partner Kevin Hale that he told the tech news source Techcrunch, “I can see them being the next LVMH. There’s no limit to their ambition.”

Ha and Kim’s global ambitions took a leap forward in January last year when Memebox spread to the U.S. Already, Arnold Hur, who joined Memebox as director of its U.S. operations after a stint in travel strategy and business development at Google, pegs Memebox as the largest domestic online seller of Korean beauty products, including Sephora. “The growth has been pretty tremendous,” he says, declining to disclose figures. There are around 20 brands available at Memebox in the U.S., with Missha, Skin Food and Tony Moly among the bestsellers. Target customers are aged 18  to 26 years old and, surprisingly to Hur, only 30 percent are of Asian descent. “Korean beauty is a global wave that is happening,” he says. “We thought we’d have a hard job educating the market. We’ve been pleasantly surprised by how receptive people are.”

One of Memebox’s major objectives now is building its own brand, XO Memebox. The company is collaborating with social media personalities like YouTuber Stephanie Villa, aka Soothing Sista, to develop products they can share with their followers. Thus far, the effort has centered around makeup kits priced from $15 to $80. “We think we can be the most talked about new beauty brand this year,” says Hur. Memebox will continuously measure the response to its collaboration products as it does to its entire stock and react to it. “You will never see the same Web site twice in a row,” says Hur. “We are able to have a very iterative approach. We test and learn. That is something that the beauty industry isn’t used to, but it is what gets us excited.”

It might seem like there’s a huge divide between the beauty and insurance industries, but technology can make strange career bedfellows. For proof, look to John-Bernard Duler. The founder and former ceo of Esurance, the insurance company acquired by Allstate in 2011 that was early to predictive modeling, began dabbling in a range of businesses in his post-Esurance work. Through an investment in natural-skin-care brand California Naturel, Duler, who studied engineering before getting an M.B.A. from the Wharton School, was introduced to beauty and puzzled by what he perceived as a lack of sophistication in the category. “There is a disconnect between what technology is doing, what is going on in Silicon Valley today and what you see in the sector of beauty. I was involved in algorithms that get smarter and smarter as you use them,” he says.

The mobile software company Visada, which is in beta-testing mode, is Duler’s attempt to make beauty smarter. Using selfies, he explains, “It takes an analysis of your face and then, with that analysis, we provide intelligent advice.” Visada, for example, can assess the shape of a woman’s features, her hair color, whether she has fine lines, what her heritage and lifestyle are, and much more. Based on that information, Visada dishes out beauty tips (avoid pore-clogging moisturizers) and recommends suitable products. Visada has 20,000 products in its database and its goal is to increase that amount exponentially. “We create an algorithm based on your face, matching that with products. As we get a lot of faces—thousands or millions of faces—it gets better and better,” says Duler. Visada offers product suggestions mined from the preferences of users and celebrities who share similar beauty characteristics; videos teach makeup looks tailored to specific attributes. Visada doesn’t charge users. Instead, it anticipates making money through affiliate fees and ads. Duler says, “You [the user] get personalized and very meaningful ads. The product will be for you and who you are.”

Eric Jimenez worked at La Mer before it was sold to the Estée Lauder Cos., Benefit before it was sold to LVMH, and Urban Decay before it was sold to L’Oréal. So, when another line is added to his résumé, it’s a good bet it will amount to something special. His newest post is chief retail executive officer of Color Me, a makeup-application-device brand he founded with ceo Leah Tucker Ashley, who met Jimenez when she was a private equity associate at Castenea Partners, which bought Urban Decay in 2009 prior to L’Oréal’s 2012 acquisition. Over the years, Tucker Ashley and Jimenez stayed friends and conversed frequently about beauty consumers’ frustrations, especially with complexion products. “I was finding that they had difficulty applying foundation. They are always in a hurry, they are fumbling and they are putting it on like a face cream. You can’t always have a makeup artist sitting there, using their fingers and tapping on your face. That would be nice, but it’s not a reality,” says Jimenez. He wondered, what would be a worthy substitute for a makeup artist?

Enter Color Me. The battery-operated automatic sponge pulses 15,000 times a minute and claims to take the guesswork out of foundation application (as well as BB cream, mineral powder and tinted moisturizer application, to name just a few) by blending the formula smoothly into the skin without faulty fingers to get in the way. Think of Clarisonic, but for makeup. Tucker Ashley is quick to point out it doesn’t compete with Clarisonic. “It’s no secret that devices are one of the fastest growing segments, but when we looked at the space, we saw that there wasn’t a lot going on in terms of makeup,” she says. “We saw a need for a new tool that would allow women to use their foundations effectively and give them better results for their complexion.” Retailers apparently detected a need, too. Color Me launched in Ulta last September, priced at $54, and will soon be appearing on QVC, and at Douglas in Europe and Sephora in Southeast Asia. Industry sources estimate Color Me will generate $15 million to $20 million in first-year retail sales. Next year, there will be more devices on tap. “You will continue to see us pioneer sonic application technology, really keeping our focus on improving makeup application,” says Tucker Ashley.