The latest generation of sun care goes beyond — far beyond — the traditional parameters of protection. 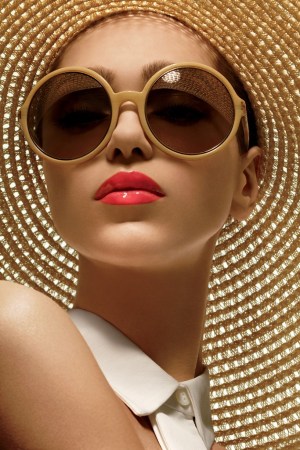 Sunscreen is out to shed its reputation as simply a beach-bag staple. Once viewed largely as a commodity product found seasonally, sun care has evolved into a bona fide part of a beauty regimen, the first line of defense against the signs of aging and skin cancer.

There is even room for sun care in the luxury tier, as evidenced by La Mer’s introduction of the Soleil de la Mer collection in April, which combines broad-spectrum protection with antiaging ingredients such as golden algae to reduce irritation and alaria esculenta to fight free radicals.

“We wanted to take sun care one step further with a reparative line that revitalizes the look of skin as well as protects it, focusing on diminishing signs of sun damage that had already occurred,” says Loretta Miraglia, La Mer’s corporate vice president, global brand product development and innovation.

La Mer is not alone. Many brands are increasingly emphasizing the link between sun care and antiaging, and the message is only expected to get louder with the recent report from Australia’s Annals of Internal Medicine, which is the first research that shows sunscreen has an actual effect on the appearance of skin.

“The lines are so blurred right now between sun care and skin care. It’s all coming together,” says Holly Thaggard, founder and chief executive officer of Supergoop!, who adds that multifunctional sun-care products give the once-seasonal business year-round staying power. This fall, QVC plans to exclusively launch Supergoop! Advanced SPF 37 Anti-Aging Eye Cream—well after the traditional sun season. “We found a big white space for sun care for the eye area that also had the benefits of an eye cream,” says Thaggard.

Ever-evolving regulations are also changing the dynamics of the category. During her speech at the WWD 2013 Beauty Summit, BlueMercury cofounder and chief executive officer Marla Malcolm Beck cited sun care as a key area of opportunity. “Over the past [several] years, the FDA has changed the labeling requirements so many times that often after we launch a new product it gets discontinued,” says Beck. The investment required to keep pace with the regulations has scared off some smaller brands, with mass lines picking up the slack.

Beck is encouraged by new offerings from La Mer, Kiehl’s and SkinCeuticals. But she longs for a dermatologist-created sun-care range with refined textures that are organized by skin type. “You’ve got a wide-open market in prestige to own sun care.”

While the prestige market is still small, it is growing—a trend expected to con- tinue. “Given the movement we’ve seen in complexion products, sun care will likely become more important,” says Karen Grant, vice president and global industry ana- lyst of the NPD Group. The prestige in-sun care category, which excludes self-tan- ners and after-sun products, gained 8 percent to $54 million in 2012, with products that feature an SPF of 30 or more gaining 15 percent.

Shiseido, which has a strong footing in the higher SPF category, occupied the top spot in the overall sun-care category in 2012 according to NPD data.

“Sun care is the ultimate antiaging practice,” says Gisela Ballard, executive director of marketing at Shiseido. “A sunscreen product is only effective if it’s applied correctly, so our focus is to create textures that are pleasant.” To that end, in March Shiseido expanded its Urban Environment range with Tinted UV Protector 43, using new technology to perfectly distribute sunscreen across uneven surfaces.

The consumer clamor for multifunctional products—as evidenced by the BB craze—has prompted many brands to rethink their approach. “The consumer’s demand for convenience is a big factor in the effort to marry sun protection into serious skin care,” says Diana Howard, PhD, vice president of research and development at Dermalogica. “With new technology, we’re able to develop more elegant formulas that are more along the lines of skin care versus sun care.” In July, Dermalogica will launch Age Smart Dynamic Skin Recovery SPF 50 featuring oleosome technology, to deliver active ingredients like sunscreen directly to the skin’s surface and release them over time.

Kate Somerville and Alchimie Forever are also shifting from a separatist approach to a combined one. Ada Polla, Alchimie Forever’s president and ceo, says clients have been clamoring for a day cream with SPF, but the brand had opted to keep the two categories separate in the interest of efficacy. But that changed when Alchimie Forever’s scien- tists formulated a product that provides effective protection with a desirable texture and antioxidant-rich ingredients. The result is Daily Defense SPF 23. “Consumers wanted a product with both—and they were right,” says Polla.

Kate Somerville is launching Daily Deflector Waterlight Broad Spectrum SPF 50+ Anti-Aging Sunscreen, which relies on a delivery system that ensures the sunscreen stays in a reservoir on the skin’s surface, while antiaging ingredients address moisture and skin tone. Says Elizabeth Vanemburg, vice president of marketing, “Sun care is coming into skin care, which is easier for consumers to accept” rather than the reverse.

For its part, L’Oréal’s La Roche-Posay is working to refine sunscreen textures while using as few ingredients as possible. The brand found that almost three-quarters of women are concerned about the ingredients in their sunscreen, particularly the high concentration of chemical fillers. In response, it introduced Anthelios CellOx Shield XL in April, which uses 21 percent fewer ingredients than before.

“Texture has been a need-gap in the sun-care category for a long time,” says An- gela Bennett, vice president of La Roche-Posay, who adds that fewer ingredients aligns with the consumer trend of “no nasties and all goodies.”

Mass skin-care brands are also angling for a piece of the action. L’Oréal Paris has infused its Revitalift Triple Power Day Lotion with SPF 30. The new formula is de- signed to boost collagen production, while defending against UVA and UVB rays.

The increased amount of activity seems to be driving consumers to the category: Sunscreen sales gained 4.7 percent to $1.47 billion across all retail channels last year, with the premium tier gaining 11 percent, says Euromonitor’s Tim Barrett.

“Our message hasn’t changed,” says Ballard. “But the consumer has.”