A Youthful Turn for Shiseido

With its new product launch, called Ibuki, the brand is aiming to lure younger consumers into its storied skin-care range. 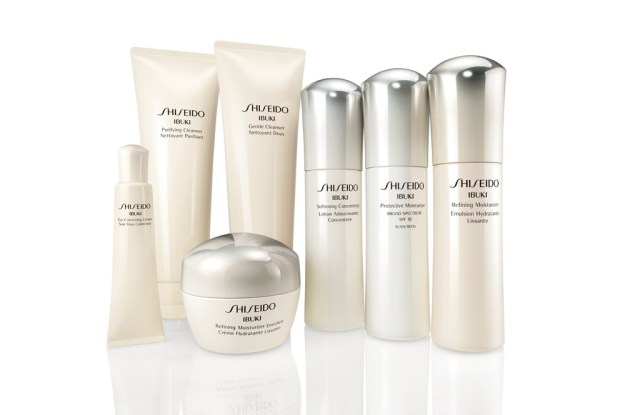 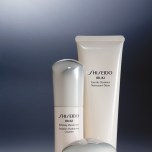 With its new product launch, called Ibuki, Shiseido is aiming to lure younger consumers into its storied skin-care range.

This story first appeared in the July 19, 2013 issue of WWD. Subscribe Today.

Aimed at Millennials — those women ranging from 25 to 34 years of age — the affordably priced Ibuki will be launched in September and will include seven products and a starter kit.

All products are aimed to mitigate the effects of a typical twentysomething lifestyle ­— which often includes lack of sleep, oiliness and visible pores after an evening of partying, and rough skin resulting from less-than-optimal nutrition.

“The introduction of Ibuki is a huge opportunity for us, as it presents a chance to introduce a comprehensive skin-care regimen to Millennials during a critical time of their exploration and adaptation of beauty products,” said Heidi Manheimer, chief executive officer of Shiseido Cosmetics America, who noted that Ibuki was the brand’s first completely new skin-care line in eight years. That is because, Manheimer explained, the brand usually launches new lines when the company sees a significant market opportunity with top-of-the-line technology.

Ibiku is also the first Shiseido skin-care range to focus only on this demographic, Manheimer said.

“By 2017, Millennials will outspend Baby Boomers in this category,” said Manheimer. “This line is designed as a jumping-off point for serious skin care. This is the time to capture their attention, and then they can transition to our other lines when that is needed.”

Powering the collection is the brand’s proprietary PhytoResist Complex, which includes trehalose and white nettle, intended to inhibit cell shrinkage and provide moisture to surface cells; TMG, or trimethylglycine, which is said to enhance skin’s resistance to harsh elements by protecting the skin’s barrier function, and yuzu seed extract, which is intended to keep cell production moving and optimize cells’ shape and condition, said Tomoko Yamagishi-Dressler, senior vice president of marketing.

The line’s name takes its inspiration from its Japanese roots and is translated in several ways, including inner strength and breathe, noted Yamagishi-Dressler.

In the U.S., Ibuki will be sold in about 1,500 department and specialty store doors, noted Gisela Ballard, executive director of marketing.

While the brand will do some national print advertising in September and October fashion, beauty and lifestyle books, the majority of the marketing and advertising efforts for Ibuki will be done in the digital space, noted Yamagishi-Dressler. That will include Facebook applications, videos with Millennials talking about their skin, an Ibuki tab on Shiseido’s Facebook fan page, extensive social media outreach and a microsite tied to shiseido.com, noted Yamagishi-Dressler. Digital advertising will break in early September.

While executives declined to discuss sales projections, industry sources estimated that the line would do about $15 million at retail in the U.S. in its first year on counter.