Together they decided to do a spin-off of Sturm's original line that would focus on darker skin tones. 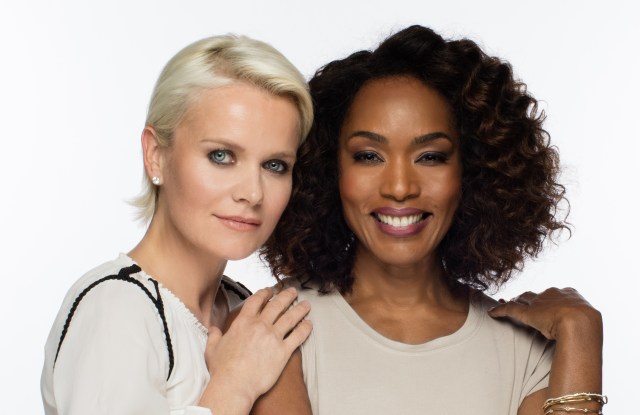 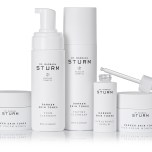 LONDON — The American actress and film director Angela Bassett has teamed with Dr. Barbara Sturm on a specialized skin-care range that will launch worldwide in July. Called “Darker Skin Tones by Dr. Barbara Sturm,” the line contains ingredients that aim to help the skin, reduce inflammations, even the tone and minimize pores and hyper-pigmentation.

The “American Horror Story” star originally met the German doctor through a mutual friend a few of years ago, and the actress spoke to her about breakouts and irritations she was experiencing.

Basset tried Sturm’s original line, Dr. Barbara Sturm Skincare Collection, her antiaging core range which includes a face cream, cleanser, facial scrub, eye cream and serum using purslane. Together they decided to do a spin-off that would focus on darker skin tones. It took two years of research to create a line of products that would address the issues including inflammation, hyper-pigmentation and uneven skin tone. According to Sturm, natural ingredients such as purslane and skullcap, protect the DNA of cells from age-related dysfunction.

“Our main ingredient which goes through our whole line is purslane,” Sturm told WWD. “It’s also an herb, and it has such powerful properties in every direction. But what I like the most is actually is the youth enzyme, this telomerase activator. The telomerase activates an enzyme to keep those ends of the chromosomes long, which actually works against natural programmed cell death and that’s the key. So not only do we have anti-inflammation and the evening out of skin tone but also a big thing for antiaging.”

Bassett said she wants people to become more aware of their skin. “And to see what is good for it and ingredients that are helpful — and not invasive or irritating. I like them to be pleased when they look in the mirror, to feel good about themselves and the condition of their complexion.”

Bassett gave the product to her assistant and nanny. “She’s been with me for a long time so I’ve been aware of the hyper-pigmentation,” Basset said.

“It’s not as if I would see bad acne. I wouldn’t characterize her as having acne, but over a course of years there were always these spots that would never lighten. There is a difference between brown and black, and in the end it would never lighten. She does not use sunscreen to my knowledge. And even when I think about this, in the park with the kids in the sun, the dark spots get darker as the skin gets darker. You don’t have the opportunity to lighten and normalize or catch up.”

Sturm said she was always was interested in inflammation. “It is, to me, the key factor to causing any skin problems or any problems in our body, but also it is mainly responsible for aging. So I was always very interested in anti-inflammation. Since African-American, or skin of color, problems [revolve] mainly [around] inflammation that is why I especially took care in this range. It has real ingredients, which are scientifically shown to address inflammation.”

Bassett and Sturm noted that developing a range for teens is on the horizon. “I think the underlining problem starts with the teenage years,” said Sturm. “We have to find something just a little more affordable and start at an early age and give them something that they don’t even have to deal with the symptoms in later age.”