The Icelandic skin-care brand owned by ORF Genetics is looking to grow, and has also named a new chief executive officer, Liv Bergþórsdóttir.

Limited Edition Bioeffect Serum to mark the 10th anniversary of the product.

LONDON — It’s a big year for Bioeffect, the Icelandic skin-care brand that believes in the healing and rejuvenating power of naturally occurring, collagen and elastin-building proteins which it cultivates in barley plants.

Despite the impact of COVID-19 on most corners of the world, and on Bioeffect’s core markets, the brand has welcomed a new chief executive officer in Liv Bergþórsdóttir, and plans to mark the 10-year anniversary of its hero product, EGF Serum, with the launch of a limited-edition, double strength version of the formula.

The packaging of the new, double-strength serum has been designed by the Iceland-born, New York-based contemporary artist Hrafnhildur Arnardóttir who goes by the name of Shoplifter. 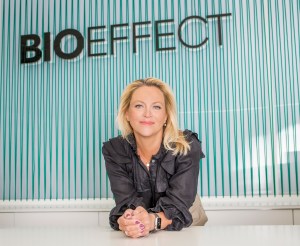 The 50-ml bottle of the anniversary serum will be sold inside a special sculpture designed by Shoplifter. It will pre-launch in China in August and will be released in September in the rest of Bioeffect’s 27 markets. The Limited Edition 50-ml serum costs is 395 pounds, while the 15-ml EGF Serum is 125 pounds.

EGF stands for epidermal growth factor, a protein found naturally in humans that boosts the skin’s ability to produce collagen and elastin.

EGF can be extracted from human or animal cells, or grown in bacteria, but Bioeffect’s parent ORF Genetics believes that cultivating the protein in barley is safer, purer and more stable.

After decades of research, ORF Genetics developed the technology to produce the EGF proteins in barley and does so year-round at its own geothermal energy-powered farms and greenhouses in Iceland.

Dr. Björn Orvar, Bioeffect’s cofounder and chief scientific officer who has a PhD in plant molecular biology, said barley is a good “protein machine” as it’s biologically contained, so there is no danger of cross-pollination, and because “it’s an old plant and very tough. It can grow anywhere.” 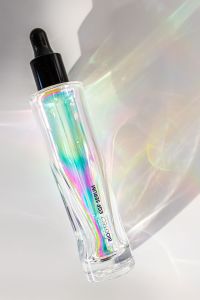 Orvar also touted the Bioeffect skin-care formulations, which contain a limited number of powerful ingredients: One of the main ones is Iceland’s ultra-soft water, which is filtered by volcanic rock and contains no heavy metals as part of the formula.

The brand already has a strong foothold at home, and abroad. The company said that 30 percent of Icelandic women over 30 have used Bioeffect to increase the thickness, elasticity and health of their skin.

Some 95 percent of revenues come from outside the country, with China and the U.S. among the fastest-growing markets.

Bergþórsdóttir was named ceo of ORF Genetics earlier this year and has a background in the telecommunications sector, and in building consumer goods companies.

Looking ahead, she believes that barley could potentially be a host for all sorts of proteins that benefit the skin. “We’re not running on all cylinders — we can do so much more in terms of developing skin care for the hands, body. We can (develop) face masks and (address) specific skin concerns.” 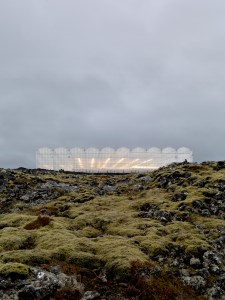 She said the company is poised to expand, both via retail and through online direct-to-consumer channels. The message of high-performing pure ingredients is “spot-on” for these times a for a younger generation that is all about transparency and pure formulations, she added.

“There is so much opportunity now.”

Next, the company will be looking at making its packaging as environmentally friendly as possible as it pushes ahead with its research into, and development of, barley-born proteins.

“We are small but we’re strong,” said Bergþórsdóttir, “and we’ve been paving the way since the start.” 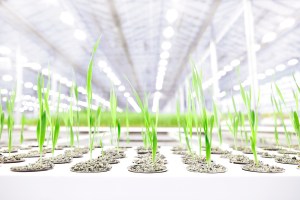 A greenhouse belonging to ORF Genetics.  Photo Courtesy of Bioeffect