With the rise of clinical and pricy treatments, it’s no wonder that Swiss skin care is on the upswing. 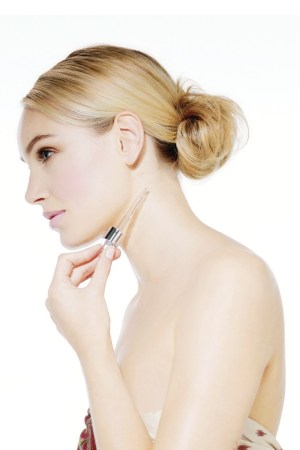 With the rise of clinical and pricy treatments, it’s no wonder that Swiss skin care is on the upswing. Swiss Perfection, a Montreux-based antiaging line, has entered Paris’ Four Seasons George V hotel spa, while Chenot has launched in Colette. In the U.S., the organic Vetia Floris, which hails from the Alps, is kicking off e-tail operations and the Zurich-based beauty boutique Osswald has opened a New York City flagship on SoHo’s West Broadway. “Switzerland has this image of a landscape where purity is everywhere and efficiency is part of the game,” says Leila Rochet-Podvin, founder of Cosmetics Inspiration & Creation in Paris. The figures back the trend. Switzerland’s cosmetics and cleansing products exports rose 48 percent between 2006 and 2011 to $3.33 billion, according to Euromonitor International. From 2010 to last year alone, the increase was almost 13 percent. “We have seen quite a few brands building on purity and efficiency values or capitalizing on ingredients coming from the Swiss mountains,” says Rochet-Podvin. “The idea of detoxifying skin is also part of some of these brands’ promises, resonating with consumers’ desire to build healthier skin today to prepare for better skin for tomorrow.”