The boundaries that once defined beauty are rapidly falling by the wayside, with hybrid products, blurred categories and an ageless consumer creating a new industry dynamic.

Beauty is no longer beholden to historical confines between categories like skin care or makeup, or channels, like mass and prestige. These days, the lines are continually blurring, all in the name of consumer benefit.

As COVID-19 has consumers paying closer attention to their bank accounts, hybrid products may become especially attractive, said Larissa Jensen, vice president and beauty industry adviser at the NPD Group. “Having a product that does multiple things could be a benefit in light of what’s happening today. Rather than buying a sunscreen and a primer and a moisturizer, three separate products, I can get one that does all of those things.”

On the product end, there’s the upcoming launch of XX, the affordable skin care-makeup hybrid line by Revolution Beauty, which is slated to debut June 3. And already this year, there have been a slew of new sophisticated tinted moisturizer and double-duty primer launches. In hair, there’s the continuous popularization of scalp care and masks, which have come further into focus as consumers spend more time at home during the coronavirus pandemic.

And on the distribution side, there’s not only the blurring of mass and prestige, exemplified by Sephora’s partnership with both The Ordinary and The Inkey List, which both provide low-priced skin-care options, but also the blurring of social and commerce — as in Instagram shopping — which has been made even more relevant as COVID-19 has consumers spending more time on mobile devices.

According to Sam Cheow, senior vice president of corporate innovation and product development at the Estée Lauder Cos. Inc., in products, category blurring has been building since 2017.

“Hybridization is occurring,” Cheow said. “Whether this is the skin-ification of makeup or the makeup-ification of skin care, these categories will actively collide.”

For the Estée Lauder brand, the trend has translated into products like Futurist Hydra Rescue Moisturizing Makeup SPF 45, released earlier this year, which touts “nourishing” chia-seed extract, “soothing” probiotic technology and “hydrating” ion charged water as key ingredients in the formulation, which is meant to give users a “12-hour radiant glow.”

“We’re talking about a foundation, but the language we are actually using is really embracing skin care,” Cheow said.

“We are seeing extremely sensorial formulas that really create a holistic transformation experience in all categories, whether it’s face and complexion, eyes or lips. What it really means is we’re going to see more of a benefit play for the consumer,” Cheow said. “They’re not just getting coverage,” he said.

Multihyphenate products have been flooding the market so far this year. 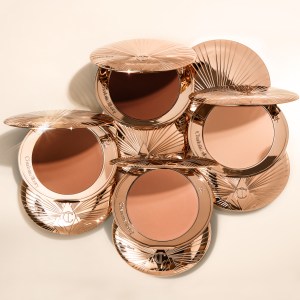 According to Sisley president Philippe D’Ornano, the tinted moisturizer attracts people based on the price — it’s on the more affordable end for the brand — but “it can also be somebody who has not got the time to do more elaborate makeup and wants to use a product that is simple and easy to use,” he said. 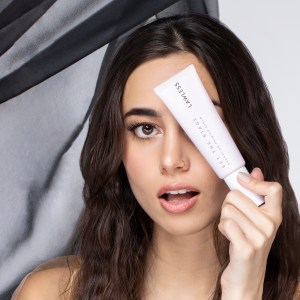 Sitting squarely in the middle of skin care and makeup are primers, which have started to promote moisturizing and other benefits, in addition to keeping makeup in place. Primer sales are down in line with the rest of the beauty market during COVID-19, but niche primers with limited distribution are a bright spot, Jensen said. In 2019, when makeup was down 7 percent, those types of primers were up 48 percent, according to NPD. And now, their sales are not dipping as drastically as other primers.

Part of the reason so many multitaskers are hitting the market is a “pushback” against the complicated beauty regimens, including 10-step K-beauty skin-care routines and Instagram makeup, that became popular over the past several years, as well as the influence of wellness in the beauty world, said Lucie Greene, trend forecaster and strategist, and founder of futures consultancy Light Years.

“The Korean approach to beauty is elaborate.…There was also the influencer-led multimillion-stage contouring. On both fronts, it’s a response to that,” she said. “We’re seeing a pushback towards more simplicity and [fewer] products and less consumption.”

“With a lot of the new stuff I’m seeing, it incorporates aspects of wellness. Beauty and wellness have converged — it’s not just moisturizers that are good for your cells and your face, I also see a lot of convergence in hair care, like Briogeo being packaged and marketed like it’s a smoothie,” Greene continued.

But in wellness, a backlash is coming against perfection — “the answer to that is creating products that do like, three things,” Greene noted.

“Consumers are so comfortable that they are not classified in just one box. They are cyclical and they are multidimensional. Sometimes it’s a makeup day, sometimes it’s light on the makeup, and some days it’s a skin-care day. The constant shifting of behaviors explains why the blurring of categories continues to evolve, as our consumers are now even more sophisticated, more demanding and more versatile,” Cheow said.

“Something we are observing is the concept of polytasking,” Cheow said. “Polyoccasion, polybenefits and polyusage — hyper hybrids. One super charged product or formula can do it all.”

The blending is creeping to all edges of the beauty world, including things that would have previously been classified as mass. 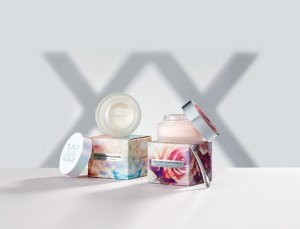 “The idea came from this mixture of what we’re seeing of the skinification of makeup,” Minto said. He felt that there was still a lot of segmentation going on between skin care and makeup because of how the categories are treated in retail environments, he said. “The brands or companies were [in] different places, or the retailer had different parts of the store. We thought that wasn’t particularly consumer centric, it was ridiculous,” Minto said.

For XX at Boots, the entirety of skin and makeup (and hybrid) offerings will be together on a “flexible stand” at the entry to the self service, or mass, department, Minto said. The stand will aim to guide consumers through the XX beauty journey, from skin care, to makeup with skin-care ingredients, to makeup removal. The line will also be sold on Revolution Beauty’s website, as well as at Ulta and Douglas.

Deciem, the parent company of The Ordinary, which sells scientific-sounding serums for less than $20, was an early mover in thinking beyond mass or prestige labels.

“It’s better for a customer experience to be able to walk in, and instead of it being divided by mass and prestige hair…you should just see the whole hair offering,” Kilner said. “Online retail has never really had that division between prestige and mass because everything is just online.”

Things are likely to progress even faster on that front now that COVID-19 has shifted shopping so drastically, said Greene.

“The reality is people are finding inspiration in a number of different touch points beyond the traditional retail, or even the traditional e-commerce environment. Whatever the case, there’s a constant ambition to narrow the gap between inspiration and purchase,” Greene said.

Sellers have been looking to narrow those gaps for a while, but now that COVID-19 has changed the way consumers shop, e-commerce trends have only been accelerated, Greene said.

“You’re seeing this ecosystem approach to entertainment, social, in some instances gaming, and making it more shoppable than ever, more in creative ways,” she said.

“There’s an element where people aren’t in stores, but they’re also consuming so much content and in particular, things like Instagram Live and long-form Instagram content,” Greene continued. Same with Amazon — there’s a move to connect all that time spent online socializing and consuming entertainment to product and to buy and make that leap easier.”

“E-commerce was a function, and now brands are going to need to start thinking of e-commerce as an environment,” Greene said.

With KKR Deal, Will Coty Actually Simplify the Business?