The L’Oréal-owned brand, which turned 60 this year, is revisiting its origins in the life aquatic. 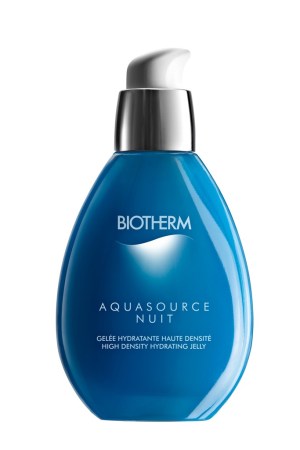 The L’Oréal-owned brand, which turned 60 this year, is revisiting its origins in the life aquatic by plunging into waters around the globe in search of new active ingredients.

“What we’re doing is not a revolution but more of an evolution,” explained Patrick Kullenberg, general manager of Biotherm International. “We’re really trying to get back to our roots.”

French biologist Jeanine Marissal founded the brand in 1952 after putting mineral waters containing thermal plankton from Molitg-les-Bains, France, into beauty products for at-home use. Those springs had long been reputed for treating skin concerns.

“The Gallo-Roman warriors would go there to soothe their wounds,” said Kullenberg, adding that thermal plankton from deep in the Pyrenees, which has always been part of Biotherm product formulation, also protects and helps regenerate skin cells.

Since 1994, Biotherm has had a biotechnology center in Tours, France, which utilizes bio-extraction and bio-fermentation on plankton for skin care.

“So using our knowledge of that, we wanted to look into other aquatic ingredients that could be complemented with the plankton to bring us more efficacy,” said Kullenberg, explaining it could come from any of the world’s waters — such as oceans, lakes or springs. “It is a vision for the next chapter in the brand.”

In step with the new positioning, Biotherm changed its tag line to read: “Beauty from the Deep.”

“We say it is from the depths of living waters to the depths of the skin,” he explained in an interview. “It represents our vision of skin care, which is going deep to find new ingredients, working deep in the skin but also a holistic approach to beauty.”

The Blue Therapy antiaging line is the major launch recently spring-boarding from Biotherm’s new platform. Its products contain Aphanizomenon flos-aquae derived from an alga sourced from Upper Klamath Lake in Oregon; Laminaria ochroleuca, an extract of macro-algae from the Celtic sea, and Biotherm’s Pure Thermal Plankton from the French Pyrenees. Together, the algae extracts are billed to be able to multiply each other’s action on five major aging markers.

The Blue Therapy line, which already has a serum and a day cream, is to include an eye cream early next year. According to industry-source estimates, Blue Therapy will generate 35 million euros, or $46.3 million at current exchange, in first-year retail sales globally.

Among the debut Biotherm products to associate thermal plankton with another aquatic microorganism was Aquasource Nuit, which was added to Biotherm’s best-selling Aquasource line. To obtain a deep moisturizer for nighttime use, the brand has used P. Antarctica, microorganisms from Antarctica. In the glacial waters, P. Antarctica releases a glyco-protein that protects its own sort of cellular water, like an antifreeze. In skin care, it’s said to provide long-lasting hydration even in very small concentrations.

Targeting women with adult skin imperfections is the Pure.Fect Skin franchise, which came out in May. The products’ formulation contains the extract of a hardy alga called Laminaria digitata, which secretes a natural antibacterial ingredient.

Links to aquatic themes also extend to the Eaux line, which includes eaux de soin, products like a fragrance with moisturizing benefits. The newest addition — Océane — is meant to be reminiscent of a walk by the sea.

Meanwhile, the Internet plays an increasingly important role for Biotherm, whose e-tail business is growing twice as fast as its brick-and-mortar activity. As such, it has focused on developing stronger platforms combining a good retail experience and brand-related content, according to Kullenberg.

Biotherm’s Internet sites were revamped in 2012. He described the one for Biotherm Homme men’s products as “sort of a light version of an e-commerce site, which you can also access from mobile devices.”

Biotherm’s Live Like A Man platform is lifestyle oriented.

“It taps into the no-fuss, no-nonsense lives of modern men that want easy products that deliver and fit in with their ‘live life to the fullest’ approach,” said Kullenberg.

The reworked Biotherm site for women has already gone live this year in some countries, like France with biotherm.fr, while the updated version will follow elsewhere in the first half of 2013.

The brand’s product packaging underwent a makeover, including a thinner signature wave “to bring a little more depth, a little more femininity,” continued Kullenberg. Its merchandising units were updated, too, to give a notion of water, and new advertising campaigns bring product formula ingredients into the fore.

“In both of those regions, we’re the number-five skin-care brand overall,” said Kullenberg.

Biotherm spies big opportunities in Asia, due to its large size, speedy growth and inherent sophistication when it comes to skin care. Already today, Biotherm’s facial-care business in Asia is larger than in Europe.

In Asia, Biotherm offers some body and facial treatments in its freestanding locations and department stores.

“I think it’s definitely an area to pursue with the brand, because we’re about efficacy and pleasure,” said Kullenberg, who added makeup products linked to skin care, such as foundation and mineral makeup, are possibilities, but not in the immediate future.

In North America, where Biotherm is sold in the United States via e-commerce, Biotherm is “an important player in Canada,” continued Kullenberg.

Biotherm places second globally in body care, and it was the sixth-largest skin care brand in 2011.

While Biotherm executives would not discuss sales figures, industry sources estimate the brand’s business has been growing revenues by single digits and that its annual retail sales are 450 million euros, or $595.4 million.

Biotherm’s new platform, according to Kullenberg, can “move us from being the leading hydrating specialist to a strong skin-care player that’s able to offer more advanced and more valorized skin solutions.”