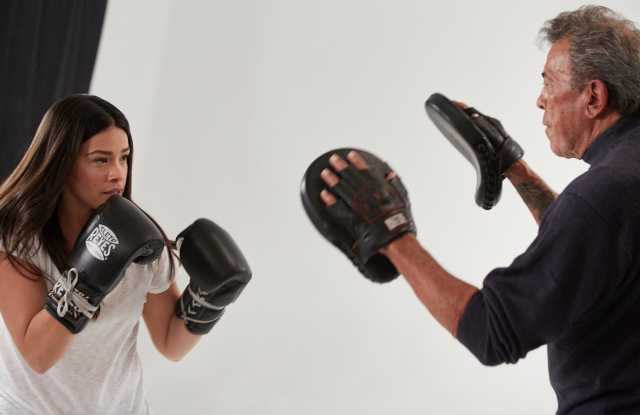 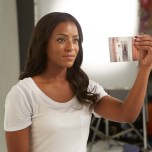 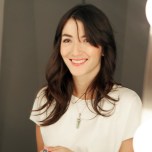 Clinique, the largest and one of the most established prestige beauty brands in the U.S., is reaching out to a new audience with a global social media campaign, breaking today.

The campaign, called The Difference Makers, was designed to underscore brand values, by spotlighting women who are making a difference, and draw attention to Clinique’s 3-Step system of cleanser, exfoliator and Dramatically Different Moisturizing Lotion.

Jane Lauder, global brand president of Clinique, said the 3-Step is so important to the brand that “we are making sure we communicate what it is to a whole new generation.” There also is a parallel print magazine version promoting 3-Step for Clinique users who are not devotees of Facebook, YouTube, Twitter or Snapchat.

The Difference Maker message is rooted in the brand’s dictum that a twice-a-day 3-Step routine is a simple chore that “gives remarkable results.” In short, it makes a difference.

To enlarge the point into a socioeconomic metaphor, Clinique found six influential women around the world, ranging from actresses to activists, who have overcome barriers and are now striving to better the lives in their communities. Clinique is aiding them in their quest by donating to their charities. The company is giving to eight charities — including the global-oriented Room to Read, Children International and The Smile Foundation — plus local organizations. “Then it becomes global and local,” Lauder said. The messages of the six Difference Makers will be amplified by groups of local influencers in the different markets.

Clinique, a division of Estée Lauder Cos. Inc., does not break out figures. But industry sources estimate that the global advertising and promotion budget could swell to $30 million on print, digital and social media. Clinique has recruited more than 100 influencers, generating a digital global footprint of 19 million followers.

Rodriguez is an American actress who stars in the globally syndicated TV show, “Jane the Virgin.” She grew up in a mostly Latino, gang-dominated section of Chicago. “I had the advantage of having parents who knew education was going to be our ticket to success,” said Rodriguez, who campaigns for increasing educational opportunity.

Ibarra — a Mexican philanthropist, businesswoman and actress, is featured in the Netflix series “Sense 8.” As a child of a human rights activist, she is committed to social causes that uphold freedom of speech and human rights. Ibarra often quotes Dr. Cornell West as saying, “Never forget that justice is what love looks like in public,” and she says her goal in life is to redefine “justice” as “love.”

Pendleton of the U.K. became an Olympic medal-winning cyclist at a time when the sport was dominated by men and she was judged as being “too small and too weak.” She also won European and Commonwealth championships. Her goal is to teach young women not to limit themselves, to compete with confidence and challenge themselves.

Nkosi, a South African model and actress, who appears on the TV show “Isibaya,” campaigns for the eradication and early treatment options of childhood cancers.

Eckes, a German-born TV host and author, equates education with freedom and sees literacy as the key to unlocking imagination and inspiring unity. She encourages children to read to give them a connection with the world.

Chang, also born in Germany, is a Taiwanese actress, and a strong believer in healthy, disciplined living. She tells young people that willpower, goal-oriented thinking, clarity and peace of mind are the results of a healthy mentality and lifestyle.

By finding influential women in different parts of world, Clinique was making an effort to be relevant to local consumers everywhere. In addition, the campaign is implicitly asking consumers how they can make a difference through “one small change.” The Difference Maker presentation is not accompanied by the 3-Step product visuals. Consumers are led from one digital page to another. “We need to make sure that when we are talking about product, people understand that’s product,” Lauder said. “When we are talking about the brand, it’s a halo effect on the brand. We felt that we wanted to be able to find truly authentic women; let them talk about what makes them feel passionate and help women feel that they can create confidence.”

There is also a page of information detailing the philanthropic activities and opportunities. Consumers can make a difference by giving to the Clinique Difference Initiative. “People don’t realize the impact of something small that can create a big difference,” said Lauder. “Years down the road we want it to be locally driven; want consumers to be voting with their dollars and put it behind causes they are passionate about.”

But it is not an adventure in hand-wringing. In order to reach Millennials, who want to be entertained, Lauder said, humor and emotion was injected into the product sell in order to smooth the edges off the lab coat functionality that was born with the brand 48 years ago. “You can’t change his mother, but you can change your skin,” reads one tag line. Another is, “You can’t change Monday 8 a.m. meetings but you can change your skin.” The same lively socially driven approach has been applied to other product franchises in Clinique’s large assortment, along with a re-direction of its army of 22,000 in-store beauty advisers.

About reaching Millennials, Lauder noted, “the biggest part of it is understanding how to speak in the right way with the right message.” She further noted, “We have to connect the dots so people understand the simplicity of Clinique and why it is it so valuable.”