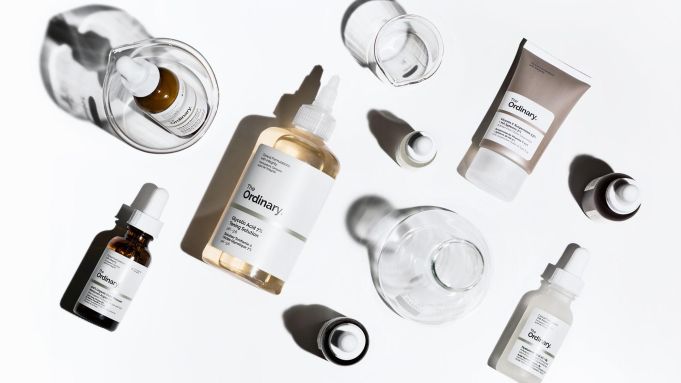 Deciem — The Abnormal Beauty Company — is ready to make it in America.

In a multipronged approach, Deciem is opening several stand-alone stores in the U.S. in the next few months and launching its most famous brand — The Ordinary — in Sephora. The moves are the company’s first major push into the U.S. market. So far, Deciem’s projected $120 million to $150 million in net sales for 2017 are coming in from smaller markets, like the U.K., Canada, Australia and South Korea. Even without the U.S., Deciem was on track to double in 2018, according to chief executive officer and founder Brandon Truaxe, who in a move in line with his business’s transparency, pulled out the company’s financials on his phone during a meeting at the Plaza Hotel in New York.

“What really excites me is the fact that outside of just some online sales, without really any significant marketing, that number excludes the United States,” Truaxe said. “For most brands, even to get to $20 million — the U.S. is the reason they make it there.”

His personality — frank, genuine, with a dose of whimsy and heap of logic — touches all points of the Deciem brands. “I actually do have a filter,” Truaxe said. “It’s a filter that takes anything that you’re not supposed to say and amplifies it even bigger.”

“I don’t think what makes Deciem unique is the price point, it’s the extreme lack of filter in communication,” Truaxe said. “This product is not the thing that will make you infinitely more luminous — it is niacinamide, 10 percent.”

That attitude is something Truaxe acknowledges may alienate some consumers, but he’s not really that worried about it. “You don’t know what it is? It takes 10 seconds to find it out, and if you don’t know what to do in those 10 seconds, I’m OK for you not to be our audience. Because some other of our audience [will] communicate with you at some point down the line.”

The Ordinary, which sells products for $4.90 to $14.80, will launch online with Sephora in the U.S. and Canada Dec. 20. Most of the line’s products, except color and a select few others (like the AHA, BHA Peel), will be available. The brand is slated to enter Sephora doors in March, but noted that given the supply issues that come with explosive growth, it may end up delayed. Sephora also has plans to launch Abnomoly — a not-yet-released Deciem brand that makes the products that don’t really fit anywhere else, like hyaluronic acid mouthwash, mints, ointments and gold paint, according to co-ceo Nicola Kilner. In store, Deciem will be located on a wall — the plan is to gradually pepper in products from multiple brands.

Priya Venkatesh, vice president of merchandising for Sephora, said the company was excited to offer “The Ordinary’s vision of functional affordable beauty” to customers. “Similar to Sephora, The Ordinary is passionate about educating consumers on the benefits of skin care, in new and approachable ways. This passion, combined with product and ingredient innovation creates a simplistic approach to problem-solution skin care for all.”

“There have been a few conversations around different retailers, and we decided to initially launch with Sephora — there wasn’t a requirement of exclusivity at all,” Truaxe said. But for now, The Ordinary will be exclusive with Sephora because it doesn’t have the capacity to create enough product to supply additional retailers.

“One of the interesting things about the price point is from The Ordinary is it will be one of the most accessible price points in Sephora,” Kilner said, noting that even with that price the brand won an award from The Luxury Briefing earlier this year. Recently, Sephora has been adding brands on both the high and low side of its prestige positioning with La Mer on the high end, ColourPop on the masstige end, and other brands. “What The Ordinary has done is managed to bridge what luxury is. So actually, it’s not about price point — it’s about good quality, it’s about being transparent, it’s about being honest,” Kilner said.

“The thing about luxury, when I say it’s not about price points, what I mean is it doesn’t matter if it’s cheap, expensive, affordable, not affordable — luxury ultimately has to exclude one thing — and that is being taken for an idiot,” Truaxe said. “Like, love this atmosphere, hate this coffee. It is horrific, it is actually one of the worst coffees I’ve ever had in my life. But you’re not fooling me — I’m accepting that I’m basically paying rent for the environment.”

In addition to the Sephora launch, Deciem is opening 10 U.S. doors in the next six months. Seven of them are in Manhattan, and Miami, Los Angeles and San Francisco are also getting locations. Deciem is also opening an office in SoHo, near a mini stand-alone location. Other stores will open on Prince street, West Broadway, near Bryant Park, Williamsburg and Columbus Circle.

The plan is to pepper the country with stores over time, according to Truaxe. “The obvious cities are going to come first,” he said. “We have an incredibly large audience from the center of America, which nobody wants to be opening stores in, but I think we are going to cater to some of that.”

Deciem now has 300 employees, has accepted a minority investment from the Estée Lauder Cos., and is still growing at a borderline unsustainable level, according to Kilner and Truaxe. Asked if the company would double for next year, the answer was a resounding “yes” — asked if it would triple — Kilner said, “it depends how much stock we’re able to make.”

“I don’t know how to sustain it,” Truaxe said. “Our capacity has become an issue. We have delayed the other launches…there are obviously very important retailers that would make sense for Deciem in the U.S., but until we get stock sorted, it just wouldn’t make sense.”

“The U.S. is going to become our biggest market, there’s no question about it,” Truaxe added. “Sorry — unless it’s a complete failure.”