DermaDoctor will be moving into a landmark building and launching Med e Tate, a product designed to control excess perspiration. 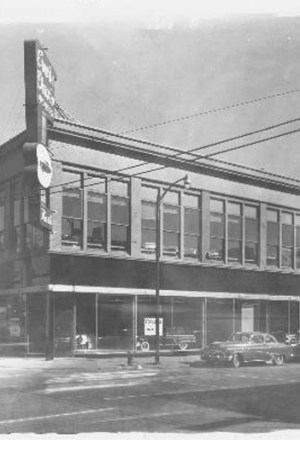 A Digital Metamorphosis at Elemis

DermaDoctor will fete its 10- year mark by moving into a landmark building.

In late May, the problem-solution skin care brand, founded by Kansas City, Mo.-based dermatologist Audrey Kunin, M.D., plans to settle into its new digs, a 22,000-square-foot facility built in 1912 that was previously occupied by a Packard Truck dealership.

The sprawling brick building located in the East Crossroads neighborhood of downtown Kansas City will house DermaDoctor’s headquarters and its various functions, including product development, marketing and sales, warehousing, customer service and its first flagship store.

Once the renovation is complete, the building is slated to be placed on the National Historic Registry.

Dr. Kunin is still finalizing the details, but the retail area — a 1,450-square-foot space located on the first floor — will have an “Apple computers meets DermaDoctor” aesthetic. “I’ve known for several years that I wanted to open a store,” said Kunin. “But I’ve never wanted to open a store that just has things on the shelves and say ‘go shop.’”

The store’s entrance, which will be visible by a large neon sign overhead, is situated on a street corner in the reemerging East Crossroad neighborhood. DermaDoctor’s educational Web site turned 10 in December (it introduced its product line five years ago), and the company is now, in Kunin’s words, “busting out at the seams” from its current headquarters, which it leases.

“We realized the time was right to own our own building and learn the retail business in our own backyard,” said Kunin. Prior to the recession, the company had been growing at an annual rate of 30 to 50 percent. During the past four months, growth has slowed, acknowledged Kunin, but it is holding steady at a rate of 10 to 15 percent.

The dermatologist said the store will offer one-on-one consultations with trained aestheticians wielding hand-held skin analyzers, and a host of educational and interactive tools, many of which are under development. Inside the store, there will be a island outfitted with computers. Shoppers will be invited to browse articles on the brand’s “Ask the Doctor” database, billed as the largest of its kind, and to virtually visit the dermatologist via DermaWizard, its proprietary question-and-answer software designed to tailor product recommendations to specific skin concerns.

Kunin plans to put hand-held skin care devices — including ones for microdermabrasion and laser hair removal — in the spotlight, and to allow shoppers to test them with the guidance of an aesthetician. She also is in the process of creating DermaDoctor’s own line of gadgets, which she expects will carry FDA approval.

In addition to DermaDoctor.com and its upcoming flagship, the brand’s products are sold in Sephora, Ulta, Nordstrom, Selfridges in the U.K. and on Beauty.com. Referring to the company’s move from online to brick-and-mortar, Kunin said, “I’ve done this completely in the reverse.” She is looking to prefect the flagship model, which she estimates will generate $500 to $600 per square foot to start, and aims to open more stores in spring 2010.

The store will exclusively stock skin care products from DermaDoctor’s range, which seeks to address common but quirky skin concerns, said Kunin. For instance, its upcoming product Med e Tate includes patent-pending topical wipes designed to control excess perspiration, or hyperhidrosis, for 24 hours. Botox is often used to treat hyperhidrosis for about a six-week stretch. The product, due out in May, includes 30 packettes for $48 — which Kunin compared with a round of Botox injections — at a price tag of roughly $1,500.

Referring to the new outpost, Kunin said, “It will help with brand awareness — not just in Kansas City, but everywhere.”