With just two products, The Cream and The Rich Cream, the brand has been able to generate significant sales.

Called The Body Cream, Augustinus Bader’s latest product is meant to bring the benefits of its proprietary “trigger factor” technology to the body, according to chief executive officer Maureen Case. The Body Cream costs $165 for 170 ml., which the brand estimates could last about six weeks, depending on usage. It launches the week of July 15 with Violet Grey and online, and will roll out to other retailers in September.

The Body Cream contains Augustinus Bader’s signature technology TFC8, which aims to guide nutrients to the skin’s stem cells to prompt renewal, as well as Brazilian Candeia Oil, meant to help the skin barrier, and Shea Butter. The technology was discovered by scientist and professor Augustinus Bader, who developed it originally for wound creams. 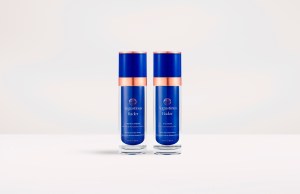 According to Case, body products were a common ask from dedicated users of The Cream, Augustinus’ first cult product. “Every woman I met said, what are you going to do for the body?…It’s very difficult to really improve the appearance of cellulite and stretch marks, and we believe this cream could really be revolutionary,” Case said. The brand performed a user trial on 55 people over 28 days — users said they felt moisturized and that their skin texture had improved, according to the brand. Augustinus Bader is also planning clinical trials around The Body Cream.

“The objectives for the body are slightly different because people are more concerned about cellulite or stretch marks, etc. So Augustinus and the team have worked specifically on trying to fix the issue that are the main concern of people for their body. The good news is a lot of those issues are in some ways a form of micro scarring, so this knowledge on nourishing the skin environment so the skin works at its best, applied to the face cream, a lot of it has the same basis for the body cream,” said Charles Rosier, the brand’s cofounder.

Broadly, the body-care category is seeing sales gains. Data from The NPD Group shows that prestige body-care sales were up 4 percent as of May, with $300.8 million generated for the U.S. market. Within body, moisturizers are down, but specialized treatments — like scar creams, gels and firming products — were up, according to NPD beauty industry analyst Larissa Jensen. Globally, high-end body lotions and firming products are on the rise, according to data from Euromonitor. Firming product sales grew 2.8 percent in 2018, to $896.1 million, and general high-end body lotion sales grew 5 percent in 2018, to nearly $2.1 billion.

Despite the success of the company’s first two products — The Cream and The Rich Cream — Augustinus Bader has no plans to churn out a large number of stockkeeping units, and instead plans to focus on a few game-changing products, executives said. The Cream and Rich Cream drummed up a cult following that included unpaid celebrities after launching. Sales followed, with Augustinus Bader bringing in about $6 million in its first year.

With a growing user base, a repeat purchase rate around 65 percent and a new product, sales for Augustinus Bader’s second year in business are expected to be around $24 million, industry sources estimated. By itself, The Body Cream should be able to generate between $8 million and $10 million in its first full year on the market, the sources said.

The company doesn’t need to raise money right now, both Case and Rosier noted, but could one day be open to it. “We are receiving constant requests and inquiries from investors who are interested in our story…it’s important for us to have a very tight group of shareholders so we keep the company very nimble and we keep the ethics we want to have in the company without any compromise,” Rosier said.

“At some point, we’re of course open to work with partners, but it needs to be a happy marriage in the long term, so we need to share values and vision,” Rosier said.

From a brand perspective, Augustinus Bader is selectively widening distribution, and is going into Harrods, Selfridges, Holt Renfrew and Brown Thomas in Dublin later this year. The business sells its products direct-to-consumer as well as through a number of retailers, including Cos Bar, Barneys New York and Neiman Marcus. Augustinus Bader has also started exploring the professional channel with the May debut of a specialized treatment at Lanserhof, a high-end medical spa in Germany and Austria.

The treatment centers around face and hands, and is called the Augustinus Bader TFC8 Face Repair. It takes 40 minutes, and combines microdermabrasion, The Cream, a mask, hand treatment and massage.

“We do think that spa is an elevated way to introduce a brand to consumers,” Rosier said. “We had the constraint that a lot of spas are looking and need brands that can provide a full protocol.”

Augustinus Bader is also now sold at Rivr, a health clinic that specializes in plastic surgery in Zurich.

Going forward, the brand will continue to invest in sampling, which has helped drive overall sales, Case said. “Many consumers like to order the 15-ml. size,” she said. That size costs $80, versus $265 for 50 mls.

“When we put a sample into a consumer’s hand, the conversion is incredible,” Case said.