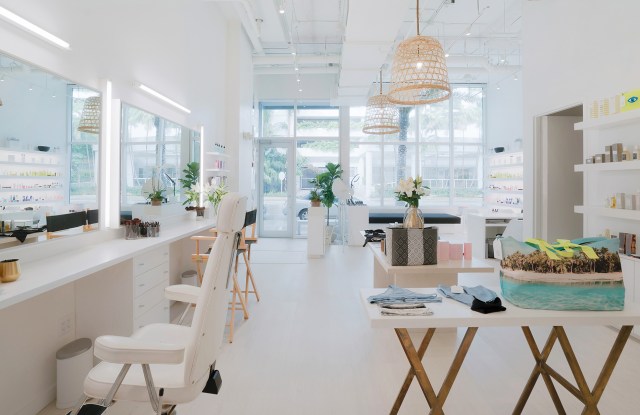 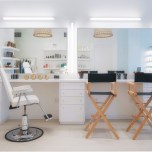 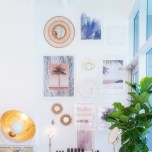 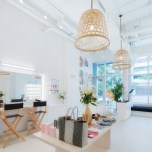 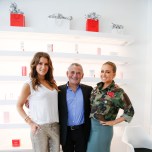 “Miami has many beautiful spas, but they’re for tourists versus locals,” said cofounder and creative director Celene Gee, who views beauty treatments as just another part of one’s day. “You’ll drop off the kids at school, get a coffee, have your brows shaped and buy a lipstick.”

“We never set out to stock a cleanser from 50 brands,” said Gee, who edits a small, best-in-class selection for budget, skin type and lifestyle often through exclusive local partnerships like Dr. Sebagh skin care. “Miami has a lot of international tourists who are brand focused and seek retailers with those brands, so they find us wherever we are.”

Dr. Jean-Louis Sebagh, who rarely does personal appearances, hadn’t been to Miami in decades when he gave a talk here last month. The store offers the full line and Dr. Sebagh Supreme, a $300 facial with the works that can be tailored with tech add-ons such as LED light and Intraceuticals oxygen.

“He has a very French way about indulgence like it’s okay to have your cocktail or afternoon in the sun, but you also have to take care of yourself,” she said.

The extra space allowed them to fill in the missing pieces, from HydraFacial MD treatments to the local exclusive for Colbert MD’s beauty editor-approved eye-lifting serum and brightening mask. Other sought-after lines are Goop, SkinCeuticals and Sunday Riley.

“Tata Harper has a huge following in Miami, too, because she lived here. Her personal turnout during events is incredible,” said Gee, who has another winner with local ties in Miami transplant Elle Macpherson and her Super Elixir supplement. “Elle’s products are very genuine, and we’re finalizing an intimate event with her in the winter. Now that we have the bigger space, we can host educational experiences.”

“People are aware of ingredients and what they’re putting in their systems so we have to give them a more complete picture now.”

Male customers get the same access. Having always offered men’s brow shaping, they introduced the Mr. Gee anti-aging treatment, a combination of microdermabrasion and multivitamin oxygen blast. Though South Beach is identified with its gay demographic, the spa receives its share of heterosexual men, especially clients’ husbands. A men’s night is in the works, according to Gee.

“It’s not so much about vanity as wellness. Miami has many young, creative entrepreneurs who care,” said Gee, who would consider expanding here before other cities. “We’re also concentrating on growing our online business.”