The natural skin-care and body-care brand, which has been growing at a rate of 300 percent annually, has entered Sephora stores and nordstrom.com. 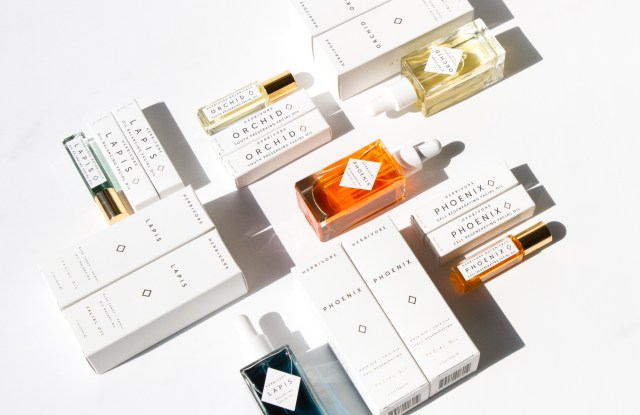 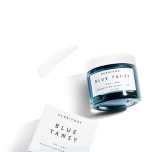 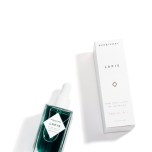 Five years after launching on Etsy, the Seattle-based natural skin-care and body-care purveyor responsible for the products filling the bathrooms of your chicest, hippest friends has rolled out to Sephora doors and landed on nordstrom.com. The retail push puts Herbivore on track to reach $6 million in wholesale revenues this year, up from $2.2 million last year, according to cofounder Alex Kummerow.

“Our goal initially was just to have a successful online shop via Etsy. I was actually really surprised when retailers started reaching out to us and wanting to carry the products,” said Kummerow, who established Herbivore with his wife Julia Wills. “We didn’t set out reaching out to people and making it into a huge business. It just started happening.”

Herbivore originated with an endearing beauty meet-cute between a woman trying to find her way and a soap-making kit. While Wills was taking a break from counseling work and contemplating what to do next, Kummerow gifted her the kit, and she began crafting soaps in the couple’s kitchen. The soaps relieved skin irritation Kummerow was experiencing, and a brand was born.

“I had eczema or psoriasis on my skin. The doctor didn’t really know what it was, and Julia’s product cleared up my skin immediately,” recounted Kummerow. “From that moment forward, Julia has been formulating machine. She’s probably made 100 different products,” Wills chimed in, “I went to natural health college [Bastyr University]. Although I majored in psychology, my favorite electives were aromatherapy and Chinese medicine. That’s the background that got me interested.”

Herbivore doesn’t quite have 100 products on the market today. It has about 30 and half that amount has been sold on Sephora’s web site since last September. Four products that have been strong online for the beauty specialty chain — gel mask Blue Tansy, facial oil Lapis, body polish Coco Rose and face mist Rose Hibiscus — and one new exclusive item, night treatment Moon Fruit, are entering the discovery wall sections at Sephora stores. As Herbivore has expanded its product range, it’s increasingly shifted its focus to popular facial skin-care merchandise.

“It’s the most complicated product we’ve made so far,” said Wills of Moon Fruit. Kummerow expounded, “It’s a multitasking product that’s loaded with all of our favorite ingredients. It makes your skin really smooth and hydrated, and it’s a night treatment that can also be used in the day.”

What’s inside of Herbivore’s products is coveted, but the outside of them has perhaps been equally important to the brand’s success. Wills detailed it took roughly a year to fine tune the design that has a straightforward, minimalistic quality. Frequently emulated since Herbivore introduced it, the look helped the brand transcend the hippie-dippy reputation that has often pigeonholed natural beauty brands.

“The aesthetic was a throwback to luxury perfumes from way back. We felt like, when we put a natural product into luxurious packaging, that we had something new, especially in 2011,” said Kummerow, continuing about the brand, “It is our artistic outlet. We don’t aim to develop something from a commerce point of view as much as we aim to develop things that we love and are obsessed with and [reflect] who we are as people.”

Herbivore does seem to be handling commerce proficiently, despite Wills’ admission that she didn’t understand the concept of wholesaling at the dawn of the brand. It’s available in approximately 500 retail doors, including at Urban Outfitters, Credo, Joyus, Goop, ABC Home and Birchbox, but has declined many more. Notably, Wills and Kummerow turned away Target to concentrate on Sephora.

“Because we are a smaller brand, we had to pick and chose. We basically had offers from Sephora and Target within a few weeks of each other, and we couldn’t take on both at the same time. We decided to put Target on hold for now and go with Sephora primarily because we really liked our [Sephora] buyers, and everything they were telling us about the process of working with them,” Kummerow said. He elaborated Sephora’s step-by-step process tested Herbivore online before placing it on discovery walls and possibly building upon its presence in stores later on.

Outside of the U.S., Herbivore is carried by Steven Alan in Japan, and is readying itself to broaden its reach to Europe. But Kummerow and Wills emphasized they aren’t in a rush to explode sales. “We can only grow as fast as we can grow,” Kummerow said. “Julia and I still own 100 percent of the company, and I sleep well at night. Every year, we have tripled our growth. There might be a time where we might not have enough money to get to the next step, and we may want to seek an investor because we won’t have the funds in our back account to do that, so we are open, but we have not taken investment. In fact, we have never taken a loan, and we are proud of that. We have grown the company off of profits alone.”