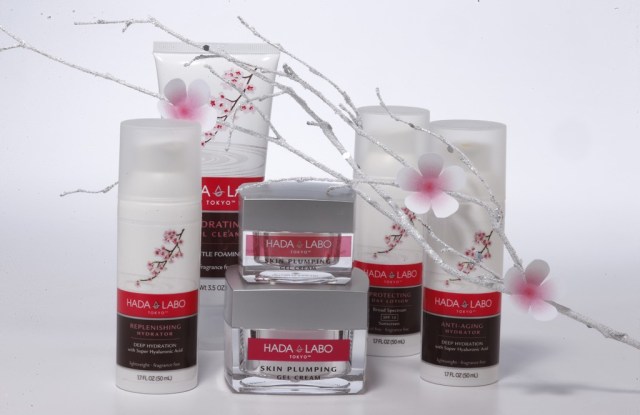 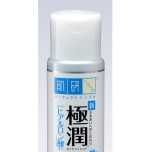 “This is the perfect time for us to enter the United States,” said Katherine Tocheff, director of marketing and innovation skin care and lip care at The Mentholatum Co., which is directing the brand’s U.S. launch. “There is such a trend for Asian beauty products [in the U.S.].”

Hada Labo Tokyo is based on the motto “Perfect and Simple,” which Tocheff describes as the Japanese approach to antiaging skin care.

“Women are always looking for something new and better for their skin,” said Tocheff. “They look for innovation, but also for something they can understand and grasp. That’s why simplicity is so important.”

According to Tocheff, one of the brand’s main pillars is offering prestige-level skin-care technology in the mass market. “[Hada Labo] is designed with the idea that we can make a product that’s as good as a prestige brand, but that is designed to have mass appeal,” said Tocheff, adding that the brand is the first Japanese skin-care line to launch at U.S. mass retailers.

Central to the formulas is Super Hyaluronic Acid, an ingredient proprietary to Hada Labo Tokyo, which Tocheff said was discovered as a result of the company’s extensive research and development. According to Tocheff, SHA is a combination of three types of hyaluronic acids said to restore and strengthen the skin’s natural hydrating ability with double the moisture-retention capacity of hyaluronic acid.

The brand targets women between the ages of 35 and 44, ages around which the body’s natural production of hyaluronic acid beings to decline.

According to the brand, the five stockkeeping units chosen for U.S. distribution were selected from the brand’s Japanese lineup of more than 60 products after extensive consumer research.

All Hada Labo formulas, which are fragrance-, mineral oil- and dye-free, will be paraben-free in the U.S., unlike their Japanese counterparts.

The line’s packaging has been changed from blue, text-covered bottles to simple white packaging displaying cherry blossoms over a pond. “We knew the [Japanese] packaging would never work here,” said Tocheff. “We wanted to bring the authenticity of the brand but knew it had to fit the U.S. market.”

The range will be sold at 550 Ulta doors nationwide and will also be available online on Hada Labo’s Web site hadalabotokyo.com. The brand will be promoted through digital media and social outreach, as well as sampling and in-store product demonstrations. Promotional offers will be extended to Ulta’s nine million Beauty Club loyalty customers through targeted mailings. Additionally, the line will be displayed on Ulta’s end caps several times a year for increased visibility.

According to Tocheff, talks are under way with additional retailers to more widely distribute the brand in the second phase of its U.S. launch, scheduled for 2014.

Leading the brand’s move to the U.S. is Mentholatum, which was acquired by Japanese consumer health company Rohto Pharmaceutical in 1988.

Rohto Pharmaceutical was founded in 1899 as a small family drugstore in Osaka, Japan, specializing in over-the-counter medicines and consumer health-care products. According to Tocheff, Rohto has become the second-largest consumer health company in Japan, distributing its portfolio of subbrands, including Hado Labo and LipIce, in more than 150 countries globally.

In 2012, Rohto made $1.4 billion in worldwide sales, half-a-billion of which are attributed to the Hada Labo business. In fact, according to Tocheff, the Japanese version of the brand’s Replenishing Hydrator, the Clear Liquid Hydrator, sells every two seconds in Japan.

Launched in 2004, Hada Labo is primarily distributed through 25,000 Sundrugstore and Matsumoto Kiyoshi drugstores in Japan. The brand has since entered more than 5,000 doors across Southeast Asia and China. The U.S. is the first country outside of Asia in which the brand is launching, and Europe and Latin America are being eyed for future expansion.