Joanna Vargas Branches Out to the West Coast

The new location will be followed by a downtown Manhattan spa before Joanna Vargas extends to another city. 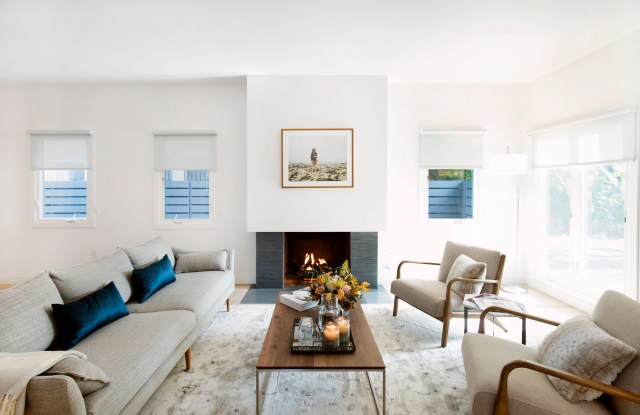 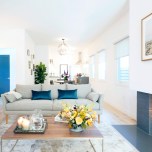 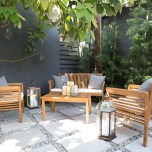 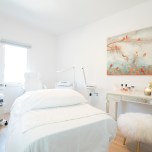 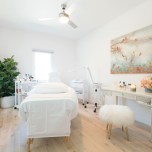 Joanna Vargas is bicoastal, and soon her spas will be, too.

A decade after inaugurating her uptown Manhattan spa and nearly two decades after becoming an aesthetician, Vargas is opening an intimate West Hollywood, Calif., location on North Flores Street next month. The new location is the start of a broader spa expansion that will subsequently venture to downtown Manhattan before extending to another city.

Although it makes strategic sense, branching out to Los Angeles wasn’t an overly thought-out strategic decision. It happened quickly, following the Oscars earlier this year, during which Vargas handled clients out of the Sunset Tower Hotel. When there isn’t an award show, she generally spends the last week of every month in Los Angeles.

“It was a big award season for me, and I realized I needed to open in L.A. Nobody in Los Angeles does quite what I do,” said Vargas. “I have a lot of very loyal clients in Los Angeles, and the truth is that a lot of my treatments are most effective when done on a regular basis. I think it’s really important for me to be there for them. L.A. was a really natural progression of wanting to take care of people in the best way I know how.”

Once she resolved to take her spa enterprise to the West Coast, Vargas flew out to L.A. for two days, saw 10 possible spaces and swiftly settled on a spot. Somewhat paradoxically, she was drawn to both the chosen location’s privacy and the lively neighborhood that surrounded it. The cozy spa will contain two treatment rooms compared to seven treatment rooms at the Joanna Vargas location in New York.

“A lot of my clients are very well-known, and they are not going to be followed there,” she said. “It also feels very good for me, as a New Yorker, to be able to walk to breakfast and not have to get in my car to drive places. It’s one of the few areas of Los Angeles where you can walk around and not look crazy.”

Vargas worked with her longtime friend Gabriel Marrazzo to cultivate a laid-back vibe at the West Hollywood spa. “It’s very light and airy, and feels beachy and very California. I have a little Zen garden in the backyard, and it feels like a secret getaway,” she said. “My New York location is very modern. It’s very big and spacious, and overlooks Bryant Park and the New York Public Library. This location is a beautiful two-story house.”

Four aestheticians will operate out of Joanna Vargas’ L.A. location. Two of them — Asia Vereline and Elizabeth Cintron — are New York transplants. The price of treatments with an aesthetician other than Vargas ranges from $175 to $500, and treatments with Vargas run from $550 to $700. Vargas’ signature treatment is the 60-minute Triple Crown Facial incorporating microcurrent technology. Exclusively for Los Angeles, the spa will offer a full-body microdermabrasion for $250 to $300 topped off with a raw coconut rub for an allover glow.

Vargas is skilled at tapping an array of tools to enhance an individual’s skin. “I put together a protocol of what I believe are the best technologies on the beauty marketplace right now. I have a lot of different technologies at my disposal, including LED, microcurrent and radio frequency,” she said. “In Los Angeles, traditionally, it has been more focused on laser, fillers and Botox, and I think there are many people looking for a noninvasive approach that still aggressively addresses aging.”

Vargas finds Angelenos are eager to experiment to obtain the outcomes they desire. “More and more people are open to something new in Los Angeles. I think, in general, the New York clientele needs a little bit more evidence before they are willing to try new things. The California client is much more like, ‘Yeah, that’s new, let’s do it,’ ” she said. “At the same time, California clients are very savvy women, and if they don’t see a difference in their skin, they are not going to come back.”

With the L.A. location already booking appointments, Vargas, who founded a namesake skin-care brand as well,  is scouting locations in downtown Manhattan for her third spa. At the existing New York location, she said, “We are going to start extending the hours soon because we can’t fit everybody in. We have a waiting list that’s a bit too long. A waiting list sounds glamorous, but, at the end of the day, I want to make people happy, so we need to expand more. That’s what I’m doing. I’m proud of the fact that I’ve established a voice in the beauty industry that people are responding to.”