Far from desolate, the inhospitable dunes of the desert are the new 'It' location for ingredient sourcing in skin care.

By Megan McIntyre on May 9, 2008
View Slideshow 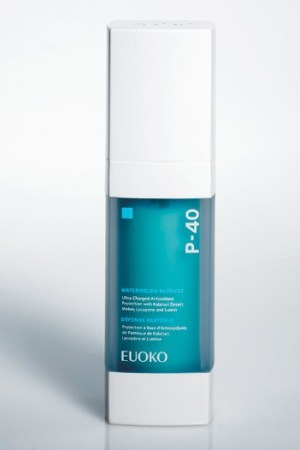 Far from desolate, the inhospitable dunes of the desert are the new ‘It’ location for ingredient sourcing in skin care.

Searing heat, lava-like sand and circling vultures are the first things that come to mind when one mentions the desert. Now add skin creams to the list as a multitude of beauty brands forsake lush jungles for the desert dunes. From cacti and prickly pear to a watermelon that grows in the Kalahari, brands are finding that climate-conquering plants can be turned into an antiaging oasis. Aveda’s new certified organic Green Science line raises the cactus to new heights, incorporating the plant into its products. Rich in minerals and vitamins, the opuntia cactus used in the line not only nourishes and calms the skin, it also grows relatively quickly, making it a highly sustainable ingredient. “Cactus is a replenisher; it calms, protects, moisturizes and helps skin rejuvenate itself,” says Peter Matsavers, vice president of research and development for Aveda. Meanwhile, Dermalogica’s MultiVitamin Thermafoliant uses the prickly pear flower for its natural exfoliation properties. In the protection category, Zirh and Canadian brand Euoko both utilize the Kalahari watermelon, a tough fruit that flourishes in the desert thanks to an internal defense system that protects it from extreme heat, UV rays and lack of moisture. “Over time it’s created a protective drought tolerance and has evolved to have its own improved defense system,” says Zirh Holdings president Brian Robinson of the fruit. “We found this watermelon seemed to have this natural barrier for anything that would traditionally damage skin.” That sounds like an evolutionary edge worth having.