Skin-care brands are serving up masks to mix at home. 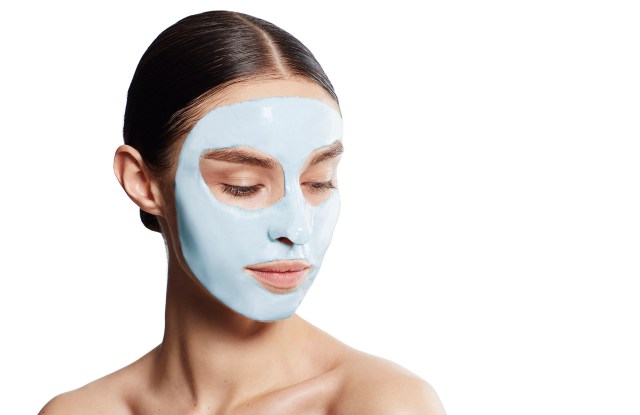 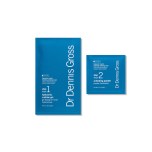 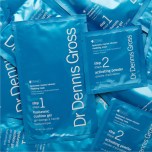 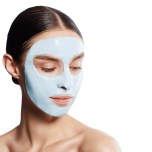 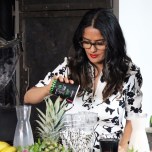 That seems to be the mantra of an increasing number of consumers, who want to have a hand in creating what goes on their faces. Skin-care brands are listening — and serving up masks to mix at home.

A confluence of factors — from Korean skin care to Google and YouTube search terms related to DIY beauty — is fanning the movement. Data from NPD shows that the U.S. prestige skin-care market grew 6 percent in the second quarter to $1.4 billion, with masks comprising 4 percent, or $56 million, of that total (this puts masks at roughly a $200 million business per year). According to statistics supplied by Google, DIY beauty searches on YouTube from January through June of this year jumped 52 percent from the same six-month period in 2016. In January of 2017, beauty DIY searches in YouTube were 2.3 times higher than January 2016.

This indicates that consumers clearly have a desire for a “DIY experience” — and this has sent the skin-care market and brands such as Dr. Dennis Gross Skincare, Erno Laszlo and Skyn Iceland rushing to develop products that fit the bill.

At the moment, these treatments largely focus on dual-phase masks and peels, specifically ones that require at least two elements and some form of preparation before slathering on the face. Consumers blend or mix a powder with a liquid, gel or alginate that, when applied, transforms into a rubber consistency that can easily be peeled off in one fell swoop.

This type of treatment is known as the rubber mask — a delivery system that’s been a staple on the Korean beauty masking scene for more than five years, according to Alicia Yoon, an expert in the space who founded online Korean beauty destination Peach & Lily. For the moment, this is the biggest trend she’s seen in the U.S. with respect to DIY imports from Korea, but other types of masks that allow customers to have a part in the process are popping up.

According to the numbers, masks — especially ones with DIY elements — are among the most sought- after items in skin care on a global scale.

In the skin-care edition of a Think With Google Beauty Trends 2017 report, masks were cited as one of two “Themes to Know” and “DIY” as one of four “Themes to Watch” — with masks showcased as a term trending in the U.S., France and Japan. In the U.S., “DIY face mask” was the second most searched term, by volume, related to masks, following “face mask,” between September 2014 and September 2016. In January of this year, there were 98 million total views for the top 10 mask-related skin-care videos across all three markets on YouTube.

Besides masks of the rubber variety, magnetic masks are on the rise in the American market, Yoon said. She cited the Magnetight Age-Defier from Dr. Brandt Skincare, which went viral on social media last year, as an early entrant in the U.S. The  $75 treatment — formulated with iron powder, peptide, black tourmaline and Skin Scavenger, a molecule antioxidant — is removed from the face with a magnet that’s designed to be dragged over the face and covered with a tissue to pick up the mask’s residue.

“Customer feels like, ‘I’m not creating the mask, but the process of using the magnet feels like an at-home spa routine and a high-tech situation’,” Yoon said.

Then there’s the “zombie mask” — real name: Skin1004 Zombie Pack with Activator — which went viral in Korea and is slowly making its way to the American consumer. The dual-phase treatment includes a vial of liquid that one pours in a small container of powder and blends until the mixture turns into a clear gel. Yoon said the mixture remains clear as it dries on one’s face, but it “eventually starts to shrivel up like Elmer’s Glue” – but with 100 times more strength.

“It feels like someone is squishing your entire face and you start to look like you’re 100 years old. Then you wash it off,” Yoon said.

Another DIY mask that Yoon said has yet to catch on in the U.S. is a two-step treatment she dubbed a “cast” mask because “it looks as though you went to the hospital and they made a mold (or cast) of your face.”

“You put on this one-step mask and then you take this other mask that’s meshy and powdery. You take this second layer and mold it to shape of your face, and the powder, when it mixes with the gel underneath it, coagulates and dries and feels like plaster,” Yoon explained. “Then this whole cast really tightens around your face and after half an hour you can remove the mask and you have – literally what was a floppy piece of flour – turn into a cast the shape of your face.”

Yoon, who maintained the mask’s transformation into plaster is supposedly designed to help ingredients absorb better, added, “There’s a tightening effect. Some people think this mask is annoying because it’s a little powdery, but I think it’s satisfying.”

Experts predict the DIY concept, still nascent in the U.S. market from a retail standpoint, will arrive given an increasingly knowledgeable beauty consumer and a larger product offer.

To be sure, women have been whipping up their own masks and scrubs using ingredients like eggs, honey, sugar and avocados for eons. Salma Hayek tapped into this when launching a line of DIY edible face masks with Juice Generation last month.

With Dr. Dennis Gross Skincare’s Hyaluronic Marine Hydrating Modeling Mask or Skyn Iceland’s Arctic Hydration Rubberizing Mask With Vitamin C, customers aren’t formulating masks or peels from start to finish, per se, but they can now have a hand in the creation process. It’s similar to food delivery services like Blue Apron or Hello Fresh, where one is provided with pre-measured ingredients to cook a meal.

Erno Laszlo introduced its dual-phase mask three decades ago – the famous “pink mask” or the Hydra-Therapy Skin Vitality Treatment. But it wasn’t until the product amassed a sizable Asian fan base that the product “found its way back to the States,” according to Kristy Watson, chief marketing officer at Erno Laszlo. She said the treatment’s popularity gave the brand the confidence to build a whole collection around this single product, which hit counters in May.

For the brand, the catalyst for customers wanting to be part of the creation process is two-fold, she explained. Asian influence — the region is “so progressive” in the space and is drawn to this type of activation — created demand, but so has time spent online, where there’s been an uptick in DIY content posted to YouTube and Instagram.

“DIY is so personal, and because of that hipster craft movement and social media, there is so much DIY happening – and it’s only going to continue. People are loving it and there’s such a sense of empowerment of creating something and bringing it to market. There is something satisfying and gratifying about creating, even in this mask,” Watson said.

It also ties back to the brand’s roots.

Erno Laszlo, the person, built his name on customization 90 years ago and famously personalized skin-care rituals and products for Marilyn Monroe and Audrey Hepburn – and the brand decided to build on this. In the name of customization, the brand released two additional dual-phase masks in the spring, each targeted to different skin concerns. A White Marble Bright Face Powder Mask is intended to whiten and brighten and a Firmarine Lift Face Powder Mask to firm and lift. The original, as well as the new versions, cost $80 for four masks.

“We don’t do one size fits all. We said, ‘Let’s introduce a firming and brightening version’ and really be true to our DNA…and evolve this particular experience,” Watson said. “There is this opportunity because every consumer has a different skin concern.”

Sarah Kugelman, chief executive officer and founder of Skyn Iceland, said this trend combines the elements of “fun” and “customization” in skin care.

“The customer loves engaging with the products — in a way that’s not too time-consuming or involved. It’s ‘Give me all the tools I need and make it simple, but make it feel like I’m customizing it in some way or creating something, like having my own experiment,’” Kugelman said.

The brand’s Arctic Hydration Rubberizing Mask, which costs $30 for three treatments, contains orange vitamin C powder that’s activated when mixed with a gel in a white tray with the wooden spatula provided. It comes out later this month.

“I think with every trend – sometimes it goes really far and it comes back in the center – and that becomes where people live. A couple of years ago there was a trend to take people’s DNA and send it to a lab and make a product that fits their DNA. It was too much,” Kugelman continued.

Instead, a happy medium for her became taking a product that’s right and simply mixing it.

Dr. Dennis Gross introduced his first dual-phase treatment, the Hyaluronic Marine Hydrating Modeling Mask, into his eponymous skin-care line year. The four masks retail for $46, and met his patients’ need for a post-procedure mask to calm and cool skin.

“Masks are out there — [they] have been out there for years — [but] this is a new concept with a whole new delivery system for the at-home market,” Gross said of the treatment, which took three years of product development and contains “the highest dose of hyaluronic acid that could be carried in a mask delivery.”

For him, it’s less about infusing the DIY element and more about the science. He maintained that it wouldn’t be possible for the product to deliver the same results if it were premixed.

“The consumer enjoys being part of the process, especially knowing it adds to the results and ensures freshness of the ingredients with each application. They understand it’s done this way in my medispa. They’re happy to participate if they see professional results at home,” he added.

Celebrities even want in on the DIY face mask craze.

Hayek’s Blend It Yourself for Juice Generation is part of a new smoothie, face mask and bowl delivery service she cocreated with the company’s founder, Eric Helms. The service just launched in July and started shipping nationally.

“The things that work for your face really can also work from the inside out,” she said. “We combined some ingredients so if you don’t put it on your face and drink it, it’s still good for your skin.”

For instance, superfood smoothie-slash-face mask Aloe Greens contains aloe vera, kale, spinach, pear, cucumber, avocado, nopal cactus and mint. According to Hayek, it’s packed with vitamin A and vitamin B from the kale and spinach, which fuel the production of collagen and help fight sun damage, respectively. Papaya Avocado is said to “renew” skin through moisturizing avocado and to organically exfoliate with naturally occurring enzymes in papaya and lemon, while Watermelon Hibiscus boasts antioxidant-rich hibiscus to aid stressed skin and watermelon and rosewater for hydration and radiance.