The brand is working with Spruce Korea to enter the market in early 2013. 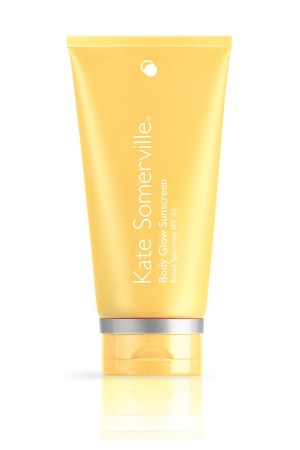 Kate Somerville plans to kick off 2013 by entering South Korea and launching a slew of new products.

Somerville is working with Spruce Korea to enter the market in early 2013. According to Somerville chief executive officer Michelle Taylor, the overall Korean department store industry generates sales of well over $2 billion annually, making it a natural expansion target.

“We already have a presence in Australia, New Zealand, Singapore and Malaysia,” said Somerville. “Now, for Korea, we have a partner who not only has incredible experience and knowledge of the industry, but also a complete understanding of what luxury means.”

In January, the brand will launch D-Scar Diminishing Serum, $45 for .66 oz. Powered by DS-7, a microencapsulated peptide that’s said to be essential to the skin renewal process, the product is designed to minimize the appearance of acne scars and scars occurring from minor injuries. It will be carried at Neiman Marcus, Nordstrom, Sephora, katesomerville.com and at Somerville’s clinic in Los Angeles. Industry sources estimated it would do about $2 million retail in its first year on counter.

Also in January, Somerville will launch RetAsphere 2-in-1 Retinol Night Cream, $85 for 1 oz. Its signature ingredient, the RetAsphere Smart-Release Carrier System, is designed to protect pure retinol in a lipid shell that melts evenly into the skin, helping prevent irritation and dryness. The delivery system is also said to penetrate deep into the epidermis, to help diminish the look of fine lines and wrinkles. Seaweed Extract, with bio-derived hyaluronic acid, assists in sustained hydration. It will be sold on QVC and in Neiman Marcus, Nordstrom, Sephora, luxury spas, doctors’ offices, katesomerville.com and Somerville’s clinic in the U.S., as well as in Singapore, Malaysia and Canada. Industry sources estimated it could do $4 million at retail in its first year on counter.

Somerville’s third January launch, Body Glow, will retail for $45 for 5 oz. Its key ingredient, SolarX Complex, is said to provide broad spectrum protection against the damaging aging effects of UVA and UVB rays. Rosemary Extract offers antioxidant properties that help to fight free radicals, while caffeine is said to refine texture, improve tone, contour, and firm the appearance of skin. Light Reflective Pearls provide a soft shimmer said to minimize the appearance of skin imperfections. It will be carried at Neiman Marcus, Nordstrom, Sephora, luxury spas, katesomerville.com and Somerville’s clinic and could do $2 million at retail in the U.S. in its first year on counter.