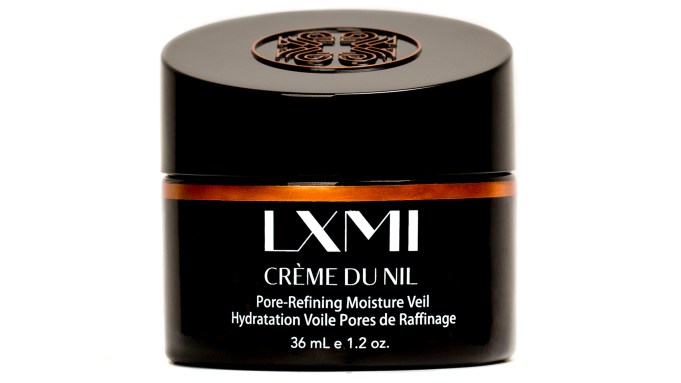 The founder of skin-care brand LXMI and nonprofit Sama Group is on a quest to better lives by hiring Ugandan women at three times the wages they typically earn to harvest the Vitellaria nilotica tree nuts yielding the East African shea butter in its products. The success of that quest hinges on beauty shoppers’ responsiveness to two natural products, the moisturizer Crème du Nil and the nourishing balm Pure Nilotica Melt, launching separately in 300 Sephora doors next week and on QVC the week after.

The challenge for Janah is to drive interest in the items priced at $64 to $78 among those shoppers not usually inclined to support causes with their beauty purchases. “Fair-trade brands have always been about being good for the world and being accessible to everyone, and a little too goody two-shoes. We are trying to appeal to the consumer who looks up to Kim Kardashian or Cara Delevingne, people who are on the cutting-edge of fashion and not necessarily known for doing good in the world,” she said. “If we can attract that kind of person to buy a product that is secretly good for the world, that cracks a core problem for our social mission.”

A member of Sephora’s inaugural Accelerate program class, Janah, with guidance from her Sephora mentor Diana Peinado, vice president of retail continuous improvement, scrutinized every aspect of LXMI — and changed many — to make LXMI a compelling beauty brand and not simply a social mission in a jar. The brand was conceived to help untether Sama Group from perennial fund-raising while pursuing the organization’s objective of lifting people out of poverty through employment, but it wouldn’t fly on the shelves of Sephora or on QVC’s air if pursued that end without generating competitive, results-oriented products.

Crème du Nil was initially created as Nilotica Facial Crème with a scent and consistency that weren’t quite Sephora-ready. Janah described the smell as “definitely like a natural product,” and the formula as thick. “What Sephora realized quickly was there were elements in the formula that people who don’t like natural formulas wouldn’t like. It took long to absorb into the skin, and it didn’t leave a dewy finish,” she recounted. “Sephora said, ‘You really need to do the work to go as far as possible on innovating the formula so that a natural product gets adopted by our customers. You can do as good for the world as you want, but the product has to work on its own merits.’”

Janah lightened Crème du Nil’s formula to cultivate a pillow-y consistency, and tweaked the scent by infusing the formula with hibiscus flower and Ugandan vanilla. “We added vanilla not just for the scent, but for its antioxidant power and the hibiscus is really high in AHAs [alpha-hydroxy acids]. The fragrance is really delicate. The light texture leaves a veil on the skin,” said Janah, elaborating, “The Sephora customer is obsessed with color, so she wants a moisturizer that sits well on her face and works well with her makeup. The beauty of Crème du Nil is that it gives a dewy finish under makeup.”

Janah changed not only what’s in her brand’s jars, but the brand name on their outsides. LXMI, pronounced luxe-me, started as Laxmi, a reference to the Hindu goddess Lakshmi. The name conversion was influenced by a conversation Janah with the college-age son of her boyfriend. He speculated people might pronounce Laxmi similar to laxative. “That was jarring,” commented Janah. The two then contemplated alternative spellings, and LXMI was born. “A lot of people ask if it is Roman numerals, and I like that it sort of looks like them,” said Janah. “And a lot of people say it reminds them of LVMH, which isn’t a bad mental association.”

Throughout all the changes, one element that remained constant was the brand’s key ingredient: East African shea butter or Nilotica. “It’s completely different from the West African shea you find in the beauty industry. If you take West African shea, it is waxy and thick, and forms a cakey substance. By contrast, East African shea has an incredibly buttery texture, and that’s in its purest raw, unprocessed form with zero emulsifiers and additives,” she said. “We emphasize that our products work for your skin. The ingredients are highly effective. I think they are more effective than ingredients created in a lab because local people have been using them for millennia, and they have been perfected by evolution.”

LXMI showcases the potency of East African shea butter in Pure Nilotica Melt. Denser than Crème du Nil and primarily containing the raw shea butter, Janah said, “It is almost like a natural Vaseline. I hate to use the word Vaseline because it conjures up petrochemicals, but it has the same creamy texture that people love and that is so coveted in the beauty industry. You can mix it with pigment and use it as an eye shadow. You can use it as a balm or put it on the ends of your hair. It is also really great for aging skin and is deeply hydrating. I recommend it as an overnight mask. Personally, I slather it on my face when I go on a plane.”

Janah is planning to take a sabbatical from Sama Group, which she has been running for eight years, to concentrate on getting LXMI off the ground. Sama Group stands to benefit significantly if LXMI thrives. “I donated one-third of my personal shares [in LXMI] to the non-profit, and we set it up in such a way that the non-profit was a cofounder of the business. It is unprecedented so far as I know,” said Janah. “If we ever have a liquidity event, then the nonprofit will receive a windfall that could be used for an endowment or we could set up a fund.”

Janah isn’t in a rush to reach that liquidity event. She’s intent on building a profitable brand, but said profitability isn’t in its immediate future. Sama, through its various programs, “took eight years to be profitable. I don’t think it will be that long for LXMI,” noted Janah. In the near-term, she’s focused on legitimizing socially motivated brands in beauty. “It is a little scary because there are so few brands that have this approach, and there are a lot of eyes watching us within the retail environment. So, my number-one goal is not to f–k up so royally that people will say that’s what happens when you bring a social impact brand into a store. It isn’t only about us being successful and profitable — obviously, that would be nice — but it is really about this category growing.”