The award-winning multihyphenate talks about his new venture, Nigo, Karl Lagerfeld, and why 2020 should be very upset with us.

Pharrell Williams says that his team is the human race.

The music producer, entertainer and entrepreneur is excited about the next generation of creators because they create with the world in mind, and his next and probably most anticipated venture, skin care, also has the planet in focus.

“I’ve been asked for about 20 years what is your skin-care routine,” he said in a phone interview. “I think your skin is the sum of the routines you put into it.”

Williams consulted with his dermatologist, Dr. Elena Jones, when developing Humanrace skin care, a vegan, fragrance-free skin-care line created to be a three-minute routine for what Williams considers to be one of our most important social aspects: our faces.

Why is Humanrace his most anticipated venture to date? Well, Williams has a reputation for having great skin — mention him to any random passerby and they’ll mention how he hasn’t aged in years. It’s something of an urban legend now — typically Internet jokes and memes about the multihyphenate will show Williams at 25 and 45 and it’ll be the same photo for both ages.

Humanrace is comprised of rice powder cleanser for $32, lotus enzyme exfoliator for $46 and humidifying cream for $48, each packaged in emerald green post-consumer waste recycled and refillable packaging. The three products are sold together for $100 and exclusively on Humanrace.com, launching on Nov. 25 worldwide in select markets. 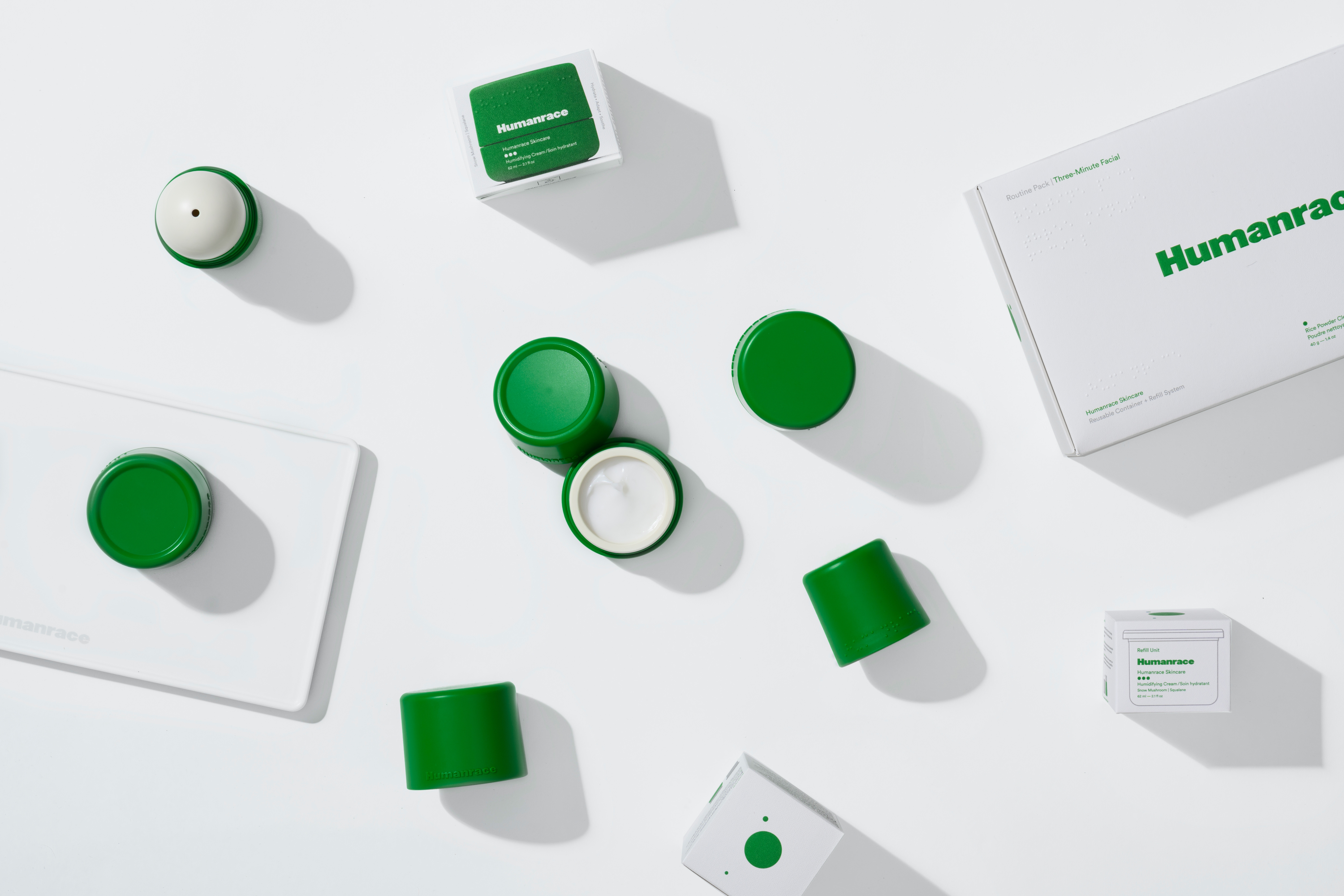 “I think your skin is the sum of the routines you put into it,” Williams said. “It’s not just skin care, it’s skin health and as men, we haven’t been raised or advised to care for our skin in that way. We just get up and go. Our face deserves its own three minutes. Your face is the way you and people communicate together.”

Williams said he spent 20 years with his dermatologist searching for the best-performing products, including medications and over-the-counter products, and he found some consistencies.

“I always say to exfoliate like a mad man,” he joked. “It removes the dead layers of the skin to get you to a fresher one. Naomi Campbell told me a long time ago to wash with cold water, because it closes your pores.”

The products mimic some of Williams’ personal routine. The rice powder cleanser has micronized rice powder and fruit AHAs for exfoliation, while the lotus enzyme exfoliator formula has antioxidant lotus leaf and hydrating apple extract for complexion renewal. The third product, the humidifying cream — “we took time on this to trademark,” he commented — has snow mushroom extract and squalane to lock in moisture and replicate the benefits of humidity. The formulations also adhere to European Cosmetics Regulation of 1,300 banned ingredients.

“Humidity is everything to me,” Williams said. “There’s nothing like getting in a hot bath for 20 to 30 minutes. Your skin is like porcelain, and you’ve sweated out all the toxins. People don’t like humidity because of what it does to your hair, so why not put it in your product?”

This helped influence his decision to live in Miami full time. “I love rain and in Miami it rains for 15 minutes a day. It has the Caribbean attributes and I love tropical environments. I just always have. I find humidity to be inspiring as well and places that have much precipitation. Some of the best music comes from places like that.”

The Humanrace concept was born from Williams’ work with Adidas. The German activewear giant signed on Williams shortly after entering its partnership with Kanye West. The company began expanding the concept, signing artists and entertainers in addition to athletes. Williams philosophically asked himself what team he plays for and answered “the human race.”

“All of the campaigns we’ve done have always been about the human race,” he explained of his partnership with Adidas. “Whether it was about unconditional love between two people, thinking about skin color, we want to democratize great design and product and high level experiences.”

But what inspires his entrepreneurial spirit? The Virginia Beach native’s first rose to fame as a producer, learning under the tutelage of musical mentor and New Jack Swing originator Teddy Riley. His earliest work was heard on the Riley-produced song “Rump Shaker” by Wreckx-N-Effect, and his earliest vocals were on the “Human Nature Remix” of SWV track “Right Here.” As one half of production duo The Neptunes with Chad Hugo, he produced songs for Beyoncé, Jay Z, Diddy, Lil Kim, The Clipse and Ludacris, as well as Britney Spears, N’Sync, Backstreet Boys, Mariah Carey and Jennifer Lopez, among others.

In the Aughts, Williams cofounded streetwear labels Billionaire Boys Club and Ice Cream, the latter of which had a skate team, nodding to his hobby and his moniker “Skateboard P.”

“I think naturally everyone is a pluralist,” he said. “If you think about what you do on paper that might be your means, but you probably enjoy doing other things. I’ve had other things that I wanted to do and things that excited me and I’ve been able to partner with people that are very good at it.”

He initially expressed his interest in starting a label with A Bathing Ape founder Nigo, who said he would partner with Williams on the venture.

“I was so blessed working with Nigo,” he reminisced. “Nigo is, was and will always be fire. I worked with a master. He literally taught me everything and that’s how BBC got started. That was my first real true entrepreneurial step.” 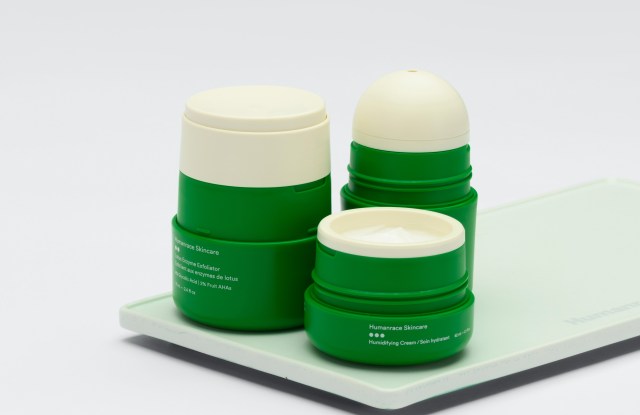 He calls his $400 Ice Cream denim jeans “obnoxious,” but a generation of musicians and creatives took to Williams’ ventures and his fashion sense introducing millions of rap and hip-hop fans to companies like Goyard that he would carry wearing Ice Cream hoodies and BBC fitted caps.

Williams also caught the eye of the late Karl Lagerfeld. “We met when I was drawing Chanel logos on my Timberland boots and Converse sneakers. I bumped into him at The Mercer and I pointed to my kicks and he said I should stop by his atelier some time,” he explained.

He would model for the fashion house and serve as one of the faces for the Gabrielle handbag, and later partnered on an accessories capsule collection that was mostly sold in 24 hours and was sold out entirely in about a week. In 2019, they launched the house’s first unisex collection. He said, “I felt honored, because there were many walls put up for people of color, but he said come do this and express yourself. I can’t believe he’s gone….It feels like he’s in Paris still in his apartment.”

The Chanel Pharrell name most notably made its way to Adidas NMD sneakers that are some of the most coveted sneakers on the market. A special pair made for Lagerfeld that says Pharrell on the left foot and Karl on the right sold at Sotheby’s as part of its online sale with Stadium Goods in 2019.

“Now Virginie [Viard] is the leader there and she is killing it,” Williams said. “People are really starting to see her wingspan and the brilliant colors in her wings. The workload got bigger, but I’ll tell you man, she is crushing it and it’s been an honor to work with her, because she’s been a champion for me there. The company doesn’t take a lot of praise, but I say hey sometimes you have to stick your chest out when it comes to philanthropy and goodwill. We need more of that. What they’re about to do is so beautiful. It’s an awesome love letter to humanity and we need more companies to think like that and like them. I can’t get into the details, but man, generosity has been in vogue.”

Bionic Yarn, the raw manufacturing company cofounded by Tyson Toussant and Tim Coombs, can be seen as Williams’ love letter to humanity as well. He was introduced as a partner and has supported the company with Adidas and Chanel.

He also produced the 2015 film “Dope,” the 2017 film “Roxanne, Roxanne” about the life of rapper Roxanne Shante and the 2016 movie “Hidden Figures,” which received three Academy Award nominations including best picture (he also composed the film score with Hans Zimmer and Benjamin Wallfisch). Williams also created Virginia Beach music and culture festival Something in the Water that held only one event so far in 2019 and was postponed due to COVID-19 this year.

Williams hasn’t slowed down in 2020. In addition to launching Humanrace skin care, he will open his first hotel venture, The Goodtime Hotel, with partners David Grutman and Eric Birnbaum. The seven-story South Beach hotel opening in 2021 was under construction for three years and will have 266 rooms, more than 40,000 square feet of retail space, a workout area, pool deck and recording studio.

Though many reflect on 2020 negatively, Williams has an introspective take on the year. He said, “Everyone keeps saying ‘I hate 2020’ and ‘it’s been a crazy year,’ but the sun did what it was supposed to do. It shined every day, it’s still working, Earth is still turning, the solar system is doing everything it’s supposed to do. 2020 didn’t do anything to us, we did something to 2020. The year isn’t shooting Black people or calling bigots out of the ground or refusing to wear a mask and disparaging women. This year has been giving us time. Time is what you make of it and maybe we should try doing something better.”

He continued, “The next generation of creators are already here and they don’t just think about their craft. They think about what the consumer needs and is going through, the current climate, the current state of the environment and how can they make their product or design be more of a means of convenience and more of a means of inspiration to do better and be better. That’s the next generation—the Millennials, Generation Z and I’m so excited. The universe created you, created us all and the next generation of designers is going to look at things that way and it excites me and I hope it excites you. This is what Humanrace is about. It’s about people and advancing the category one product at a time.”