Founder Du Le explains the philosophy of the science-backed beauty brand which starts its customers off with a skin test.

SHANGHAI — With its sleek, minimalist packaging and focus on active ingredients, online beauty start-up Uniskin has risen quickly to the top of the C-Beauty charts.

In April, it nabbed Tmall Beauty’s Rising Brand of the Year award. Then at the start of June, the three-year-old brand closed its Series A funding of 100 million renminbi, or $15.6 million, led by Hony Ventures.

The brainchild of Xi’an native Du Le, the brand only came about after Du had a rethink of his career path. The founder moved to the U.S. at age 17 to study molecular biology at UCLA before going on to graduate from Albany Medical College. But over time, he realized there were some inherent limitations to the profession.

“You get a lot of satisfaction for helping people but also at the same time the impact you have is very limited by your time and the number of patients you meet every day,” the 33-year-old founder said. “That’s disappointing and not what I was hoping.”

That eventually led to the conception of Uniskin, which is a portmanteau of the words “unique” and “skin.”

“I grew up in a family where my parents were in the spa business, so I was quite exposed to how the industry feels like; and the experience of being in medical school gave me a different perspective on how science works,” he said. “Doing a business that could increase the efficiency and efficacy of how skin care products work meant I could have a bigger impact.” 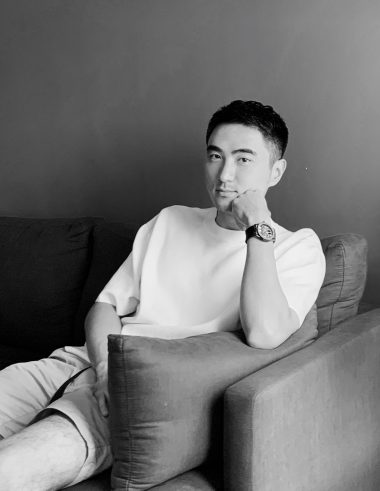 Although active ingredients-focused brands have been hot for some time in the West now — as evidenced by the rise of brands like The Ordinary and Drunk Elephant — chengfendang or ingredient junkies are a newer consumer force in China.

“Consumers know less about their skin than we thought,” Du said. “We realized that a lot of people don’t even have an accurate perception if their skin is oily or dry.”

As a result, the company starts its customers off with a skin test. Users apply two stickers to their face for up to 15 minutes to collect sebum and keratinocytes samples that are then sent to a lab. Within three to five working days, Uniskin sends back a skin report and recommends a skin care regimen.

Another point of difference is how the brand is designed specifically for Asian skin.

“Most of, if not all, the efficacy-oriented products on the market are mainly European or Western brands, not necessarily based on Asian skin,” he said. “Part of the reason why we’re wanting to do this is to study deeply how Chinese skin is different from the Western Caucasian skin and last year for instance, we have published four papers in the international peer-reviewed journals on the topic.” 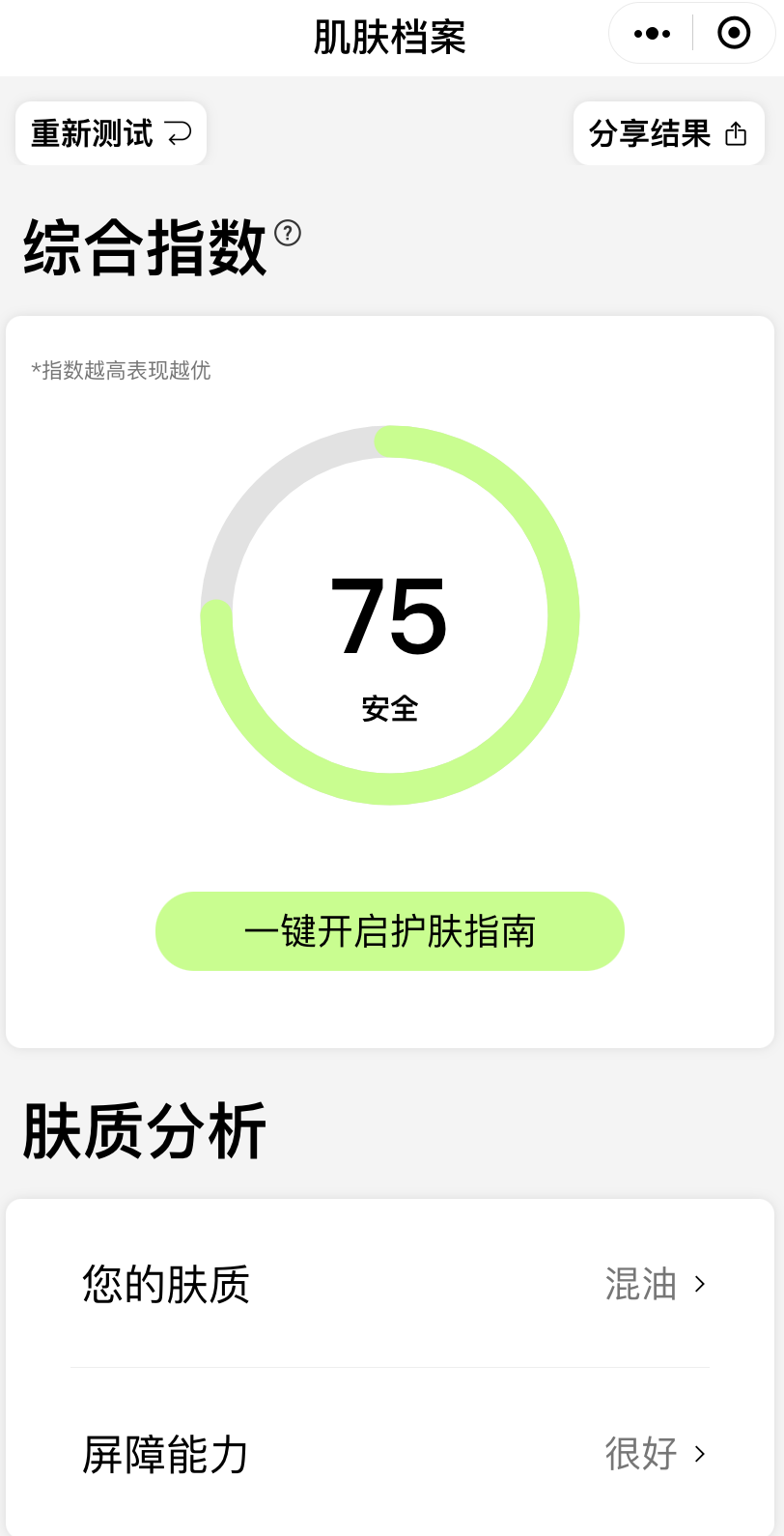 The Uniskin report identifies and rates a user’s skin across a number of metrics including skin type, barrier strength, and pigmentation.  Courtesy

Most of Uniskin’s products are priced at around 300 renminbi, or $47. Its lines are generally divided by concern: antiaging, acne-prone, sensitive, and whitening, although by far its top seller is its anti-wrinkle eye cream, infused with argireline and syn-ake.

That might come as a surprise given how young the brand’s customer base is: around 25 to 35 years of age and 90 percent female, but Du explained that Asians tend to start on the antiaging process very early on.

“[Using an eye cream at that age is early] compared to Europeans and Americans, less so I think compared to Korean or Japanese [consumers],” he said. “Now there’s a saying that you should start doing antiaging as early as 25 years, otherwise it’s gonna be too late.”

While major multinational beauty brands dominate China’s premium beauty sector, Uniskin has been able to carve out a niche, cult following for itself.

“There are two different groups of consumers,” Du said. “There’s always a group of consumers that follow the big names, but there are more and more users that actually are looking to see whether you have the technology or science to back up your credentials. We are going after the second because it’s hard to convert the big brand followers to us. We are targeting the newcomers into this area.”

As of now, the brand is heavily reliant on online — 80 percent of overall sales come from Tmall — although with its new funding it plans to expand its channels. Last year, its sales reached 150 million renminbi, or $23.49 million, while sales in the first quarter of this year surged more than 350 percent year-over-year.

The brand has some limited distribution via physical retailers like Harmay and Lane Crawford but will focus on building out its own self-operated retail network and is eyeing mall stores in HKRI Taikoo Hui and Kerry Centre in Shanghai, as well as some select street stores around the Former French Concession. 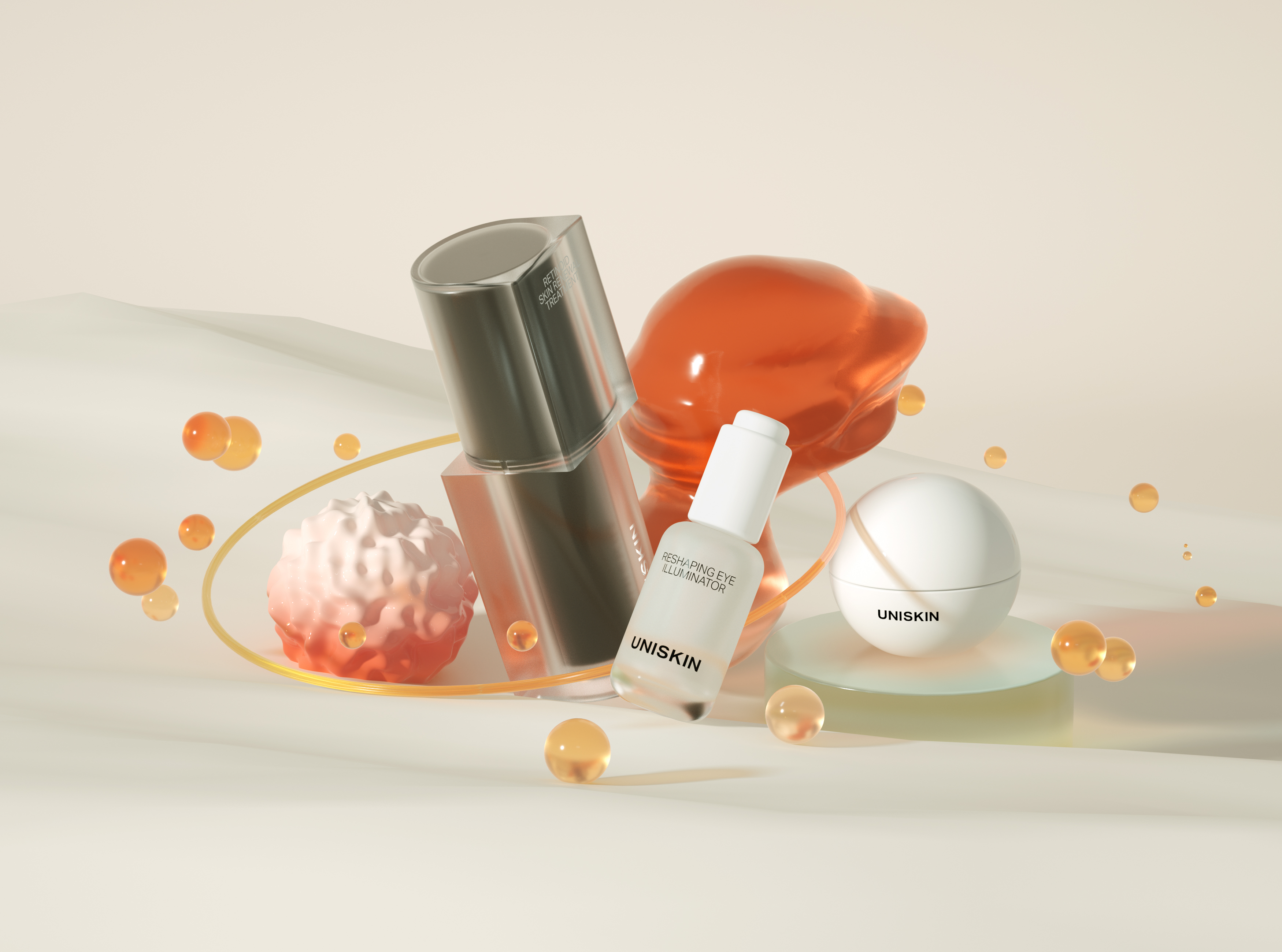 Uniskin’s eye cream, which comes in a spherical container, is by far its top seller, accounting for 40 percent of its sales.

Uniskin also operates a cosmetic dermatology clinic in Shanghai with popular procedures available like Botox, fillers, and various laser treatments because Du felt it was important to provide a continuation of service as customers progress into middle age.

In the long run, Du said, “I want it to become a very scientific skin health brand, not just focusing on the topical creams or the skin care products but also ingestible beauty and also the professional products [for use after in-clinic procedures].

“That’s the future of where I see Uniskin. The present challenges are twofold: how to follow the different shifts in online traffic because as it has shifted from Weibo to WeChat to Red and now to TikTok,” he continued. “The other challenge is product development and to stay on top of our game. Consumers nowadays are difficult to satisfy because their interests and demands are always changing quite rapidly. Back then, it might be two to three years and now it’s probably three to six months. Their interest shifts that fast.”