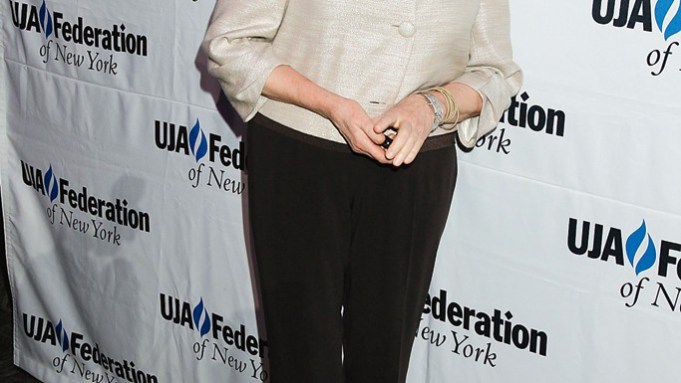 The New York-to-London-to-Milan-to-Paris odyssey this season saw more than 800 shows stretched over 28 days from February 9 to March 7. And the news, as always, never stops. Here, a spotcheck of stories that broke during the period and how they’re playing out.

Feb. 9
Barneys Reaches Out: The $700 million retailer’s debt burden is in the spotlight once again. It hires law firm Kirkland & Ellis LLP to help renegotiate a $200 million revolving credit loan, fueling speculation about a range of scenarios—from refinancing to a sale of the company. However, Barneys officials assure that “it’s business as usual” at the store.

The Upshot: Standard & Poor’s downgrades the luxe retailer’s corporate credit rating three notches to “CC” from “CCC.” S&P says it expects Barneys’ performance to improve along with luxury consumer spending, but that its credit protection metrics would not change meaningfully in the near term.

Feb. 10
M&Ms: The Martha v. Macy’s war gets juicier. Martha Stewart, who signed a deal in December to take her products from Macy’s to J.C. Penney’s, shoots back at Macy’s, claiming that the department store breached its contract by failing to “maximize net sales” of her branded products in its stores. Stewart’s company also says its recently extended contract with Macy’s should be deemed “invalid.”

The Upshot: Like a Ping-Pong rally, it’s no surprise that Macy’s in late February fires another salvo at Martha Stewart Living Omnimedia’s counterclaims, stating that sales from 2007 to 2011 from third-party licenses, including Martha Stewart Collection, “actually increased.” Macy’s also says that Martha Stewart “acquiesced” to all its decisions, and that the process was a “collaborative” one. The matter is still pending in state court, as Macy’s continues to feature the Domestic Diva in its commercials. More mudslinging ahead.

Feb. 13
Passing the Torch: Liliane Bettencourt says she will step down from the L’Oréal board. The 89-year-old’s seat will be taken by her 25-year-old grandson, Jean-Victor Meyers. The Bettencourt family is the single-largest shareholder in L’Oréal, with a 31 percent stake.

The Upshot: Jean-Victor Meyers, who takes over the board seat in March, is also a budding fashion entrepreneur. In February, he sets up a Paris-based firm called Exemplaire SAS, which manufactures apparel. He also is the legal protector of his grandmother, per a guardianship judge in Courbevoie, France, after a long and very public legal battle over her mental faculties.

Feb.15
If I Were a Rich Man: The newly public Michael Kors Holdings releases its first earnings report, and shares soar 27.5 percent.

The Upshot: Shares of Kors, which went public at $25 a share in December, are up more than 72 percent so far this year. Kors himself raises $117 million in the initial offering. The company prepares a secondary offering only three months after the IPO, and Kors sets a new standard for fashion firms. Its valuation of $8.97 billion has other fashion firms poring over their books to see what they would be worth if they went public or sold out—and designers trying to figure out their personal worth.

Feb. 17
Triple Play: PPR is thinking big. François-Henri Pinault, chairman and chief executive officer of the French group, hopes to triple the size of its core luxury and sport and lifestyle divisions by the end of the decade and increase revenues to 24 billion euros, or $31.5 billion at current exchange—roughly on par with the sales posted by LVMH Moët Hennessy Louis Vuitton in 2011.

The Upshot: PPR says in March that it wants sustainability to be a “key driver” of the group, and names Jochen Zeitz a director of its board, chairing the firm’s new sustainability committee as chief sustainability officer. Zeitz has been putting together regular profit and loss accounts of select PPR companies’ impact on the environment. The accounts put a monetary value on a business’ use of green services across the supply chain and will be rolled out across PPR’s luxury, sport and lifestyle brands by 2015. Looking ahead, Pinault says Gucci plans to open 45 more stores this year, including 20 in the Asia-Pacific region; Balenciaga will continue its global retail expansion, and he looks at Indonesia as a potentially “bigger market for luxury than India.”

Feb. 17
Avon Calling: There are rumblings of discontent at Avon Products Inc. as pressures build to find a new chief executive officer, with its current ceo Andrea Jung set to assume the executive chairman role once a successor is in place. The pressures mount following operational missteps and investigations of corruption in China, as well as Securities and Exchange Commission probes.

The Upshot: Coty Inc. on April 2 makes a $10 billion takeover offer, but Avon shoots it down. The $23.25 a share bid values Avon at 1.1 times annual revenues and represents a chance for Coty to tap into Avon’s 6.4 million active sales representatives globally. On April 9, Avon’s board names 30-year Johnson & Johnson veteran Sherilyn McCoy as its new chief. With McCoy now filling the void in Avon’s corner office, it could make the company a tougher, or more expensive, takeover target. One analyst puts $12 billion as a price that might turn Avon’s head.

Feb. 23–26
Musical Designers: Raf Simons leaves after seven years at the creative helm of Jil Sander, and Stefano Pilati departs from Yves Saint Laurent. Rumors would soon start swirling that Leonard designer Maxime Simoens was also on the way out.

The Upshot: The news the fashion world has been anticipating for more than a year: Christian Dior names Raf Simons its next couturier—artistic director of haute couture, women’s ready-to-wear and accessories collections, to be exact—and says he will unveil his first Dior collection for the couture in July. Sander, meanwhile, returns to her namesake house—for the third time—and Slimane heads back to the maison of YSL, where he was hired early in his career as an assistant in fashion marketing. In other designer departures, Tod’s says Derek Lam will exit when his contract is up in September, and just before press time, Leonard confirms that Simoens is gone after just one season.

March 7
Marni Mania: Throngs begin lining up all around the world at H&M stores for the fast-fashion chain’s one-off Marni collection. From London, Milan and Paris to New York, Seoul and Shanghai, thousands of devotees gobble up the colorful collection. In London, the collection sells out within a day, while in New York the initial supply sells out in 18 minutes. It’s a hit in Seoul, but causes less of a frenzy in Shanghai.

The Upshot: Hennes & Mauritz reveals in late March that it plans to launch a chain of stores in 2013 to broaden its offering, as well as the range of its H&M stores with new concepts and product categories—including a luxe brand that will be more expensive than its high-end COS brand.