"Pioneers of the Past," a self-portrait series of global Black artists, features The North Face x Gucci collection. 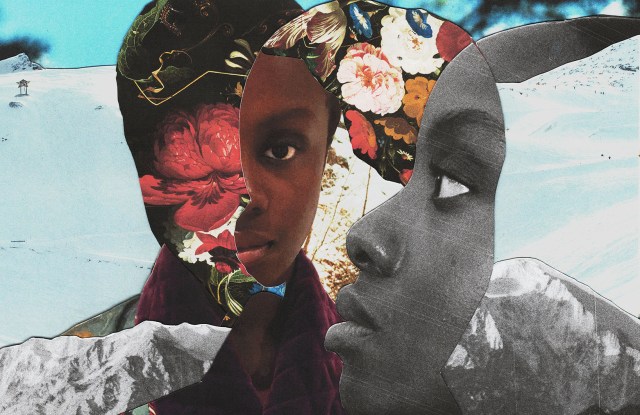 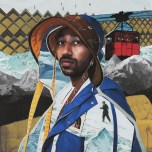 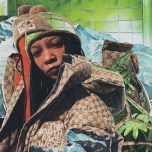 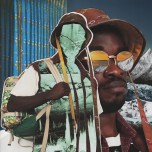 “When you think about the outdoors, exploration and adventure in the most traditional sense, you don’t think of Black people,” said Charlene Prempeh, founder of A Vibe Called Tech, a creative agency exploring the intersection of Black creativity, culture and innovation.

Prempeh teamed with longtime partner Gucci and The North Face on “Pioneers of the Past,” a series of self-portraits of international artists and curators celebrating the Black image, featuring the North Face x Gucci collection. The portraits will be showcased on Gucci’s social media channels, as well as those of the artists.

“I was honored to take part in this project, especially because the voices that A Vibe Called Tech invited, for a long time, have been nurturing my critical attention for African diaspora art,” said Imani. “I’m grateful to be included among these voices, as I’m trying to propose new sentences in the way we read Black images.”

Global Black communities have long adopted The North Face, but their relationship is often portrayed only in urban cities. “Pioneers of the Past” channels this relationship, but pushes it beyond the big city and challenges the viewer to see Black people as adventurers and outdoor explorers.

“When I learned of the theme, ‘Pioneers of the Past,’ I imagined these notions of traveling through time by way of the Black image,” said Cherlise. “There’s still a lot to uncover through mining the past. A lot to learn about the various ways the Black experience has been documented and consumed throughout the years. Perhaps, maybe, even too much for one to explore during their lifetime. I gravitated toward all of these new ideas of what working through the past could represent and my role within it.”

Akinkugbe commented that “Pioneers of the Past” gives a “wide-reaching platform” to Black creatives and curators. “Even within the restrictions of these times, this project has been a wonderfully collaborative process in which the work of each person involved has supported that of another.”

“How can we get to the heart of the Black experience through the DNA of the brand so it can be more ubiquitous?” Prempeh asked. “This project is shifting the dial that blackness is normal. This is one route that is trying to do that.”

In addition to the portraits, independent award-winning arts and culture podcast Stance Podcast is running a series of conversations with each artist.

“It’s a very lively conversation,” said Prempeh about the podcast episodes. “What I hope the listener finds in the conversations is the nuances. The artists all have a different angle like Bonsu, who is a curator, but Renata, for instance, started an Instagram platform in an organic way. The different approach to looking at an image is very important to us to look at this globally.”

Prempeh began her career in marketing at media platforms and art institutions such as the BBC, the Guardian and Frieze, and she consults for Royal Academy of Arts and Art Fund, is the marketing lead for Society Centered Design at Projects by IF and is a member of the steering group for Chatham House and London Design Biennale Design Resonance in an Age of Crisis. A Vibe Called Tech creative director Lewis Gilbert coordinated and produced exhibitions and projects for White Cube and Frieze, and he co-founded Role, a podcast and online forum defining roles and bonds in underrepresented communities.

The name, A Vibe Called Tech, is a play on hip-hop group A Tribe Called Quest, but comes from Prempeh’s exploration of technology’s influence on the Black community.

“For us,” continued Prempeh, “it’s really important that the Black story becomes a universal story.” The artists in “Pioneers of the Past” were selected for their unique works and conversations, as well as the nuances of their experiences in their respective countries and cultures, which they all speak about in the Stance Podcast series.

When asked about the changing nature of the Black image and art, she said, “On a macro level, when I think about the big trends, it’s about ownership. For a long time, Black people didn’t own their own image. We weren’t in control behind the camera and how the image was distributed and how the body was even used. As we’ve made progress in those spaces that’s been a positive thing.”

She said the protests against police brutality in response to the killing of George Floyd pushed the conversation beyond representation to creation and the masses asked for Black models but also Black photographers, stylists and makeup artists.

“I think the next phase, which we’re trying to do here, is what is the actual story you’re telling?” she said. “From an art perspective, it’s been incredible how simply shifting the gaze to Black art opens how amazing it has been all this time. Instead of seeing Black art on the fringe or in a tiny gallery or a specific Black space, it’s being brought into a national gallery and seen in the mainstream. That’s what is necessary and that’s the way Black creativity is being normalized.”

Bonsu added, “This year has been extraordinarily challenging for so many of us, but I’ve often found hope and inspiration in the boundless creativity of my community. It’s important that we take time to celebrate and recognize each other.”