AAFA, CFDA Link Up to Strengthen the Fashion Industry

The year's American Image Awards at The Plaza hotel will benefit the Council of Fashion Designers of America's foundation.

There will be plenty of great-to-see-you’s among industry executives at next week’s American Image Awards, but AAFA leader Rick Helfenbein and his CFDA counterpart Steven Kolb are genuinely connected as they build their alliance.

Owned and operated by AAFA for more than 40 years, the American Image Awards honors leaders and standouts in all sectors of the apparel and footwear industry — including design, manufacturing and retail. For the third consecutive year, the event will benefit the CFDA Foundation. But the bond between the American Apparel & Footwear Association and the Council of Fashion Designers of America is an ongoing one bolstered by phone calls, e-mails or meetings, according to Kolb.

“It’s not like it’s an activation at an event necessarily. It’s really the work that’s happening on a day-to-day basis as colleagues,” he said. 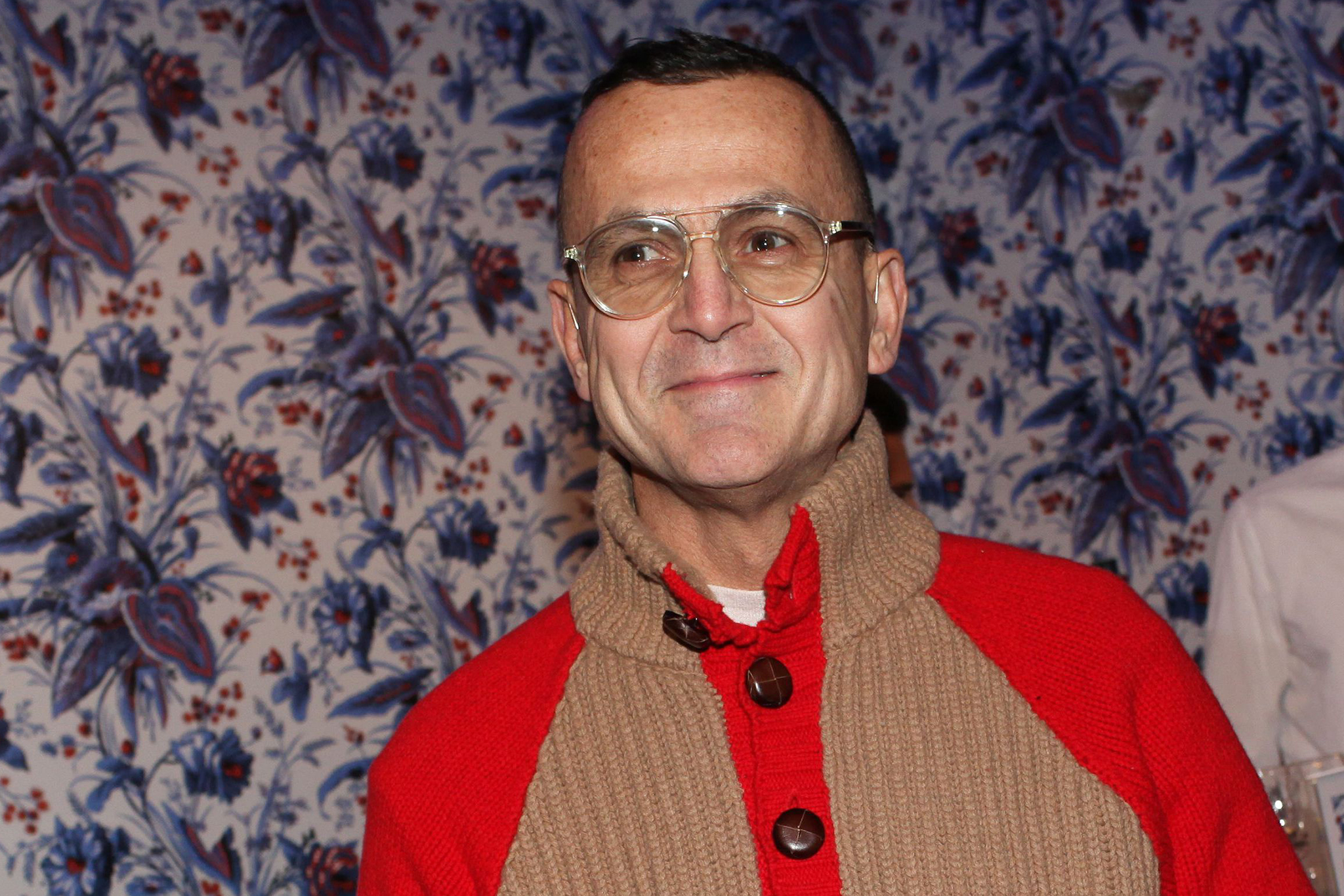 Referring to the wide territory that the two organizations represent, Helfenbein said, “A lot of our members are nuts-and-bolts people. People who make the trains run in terms of brands and etc., etc. A lot of Steven’s group are designers and the creative side. When we bring both groups together, it’s really cohesive in the overall explanation in America of what does the apparel, footwear, accessories industry consist of. Between both groups, we cover it all.”

Representing more than 1,000 brands known worldwide, the AAFA describes itself as “the trusted public policy and political voice of the apparel and footwear industry, its management and shareholders.” That includes its nearly four million U.S. workers, and its contribution of more than $400 billion in annual U.S. retail sales.

The group is generous in sharing its knowledge with its members as well as those at the CFDA. As president and chief executive officer, Helfenbein is continually dealing with the shifting winds in Washington, D.C. “This current administration has taken a five-letter word ‘trade’ and has compressed it into a four-letter word,” he said. “We’re being forced to deal with that every day. So we’ve gotten a little more vocal. CFDA members appreciate that we’re informing everybody of what’s going on, but we’re also knee-deep in the fight to protect the industry, which includes members of the AAFA and the CFDA.”

Never mind that business in general has been challenging, he noted. “The retail industry is being challenged on all fronts. We’ve thought since 2008 that maybe we’ve finally started to understand this new Millennial customer and how they shop. Things were actually settling down by 2017, then along comes the tariff man, who disrupted the apple cart not only for those of us who deal in international trade. Remember 97 percent of all apparel, and 98 percent of all footwear is imported into the U.S. so our supply chains have been disrupted. NAFTA — or USMCA — has been a disrupting influence. If anything, our two groups get closer together because the need to be informed has magnified tremendously.”

Beyond the similarity of both groups having a lot of initials in their names, Kolb emphasized how the CFDA and AAFA are both organized with a mission to promote and support the fashion industry. But looking back about 10 years, the two parties didn’t start their relationship by being friends.

Kolb said, “We were on opposite sides of the table when we were spending a lot of time on intellectual property and going to Washington. But again, we had the same idea of supporting our industry. It was Sen. [Charles] Schumer, who initially brought us together and we were able to put together a piece of legislation that we both felt was helpful and strong.”

When Helfenbein took the helm at the AAFA, he and Kolb sat down to spell out how the two groups could help each other. Kolb relies on Helfenbein and the AAFA’s senior vice president of corporate marketing and education Susan Lapetina for insights about legislative issues “in simple lay terms not in Washington speak” to advise him about what he should and shouldn’t be supporting.

Kolb said the AAFA team has been “an incredible resource to us, particularly in [relation to the] current administration, around the very complex things like tariffs,” adding that about 12 CFDA members had approached him about the tariff issue.

Another pressing subject is the challenges and opportunities tied to doing business in China, Kolb said. “It’s a big country and it can also be confusing. You can look at it not just from the business side, but also from the design side. You see some of the mistakes that have happened. What happened with Dolce & Gabbana — having cultural sensitivity — is a continued interest that our members are seeking and that we can help with jointly,” Kolb said.

As for the state of American manufacturing, Helfenbein said, “This is one of those statistics that is good news-bad news. Statistically, Made in America has been growing by leaps and bounds. The bad news is it’s only 3 percent of the overall market. So more people are doing it, but in general it’s not enough to make a difference. But it does work and people like it, and speed-to-market is important. We could go through all of the many, many reasons why most of the products come from outside the country. Trust me there are good reasons for it. Also trust me those reasons are not altered by tariffs.”

Kolb emphasized how everything the CFDA does is driven by its members, whether that is new programs, partnerships or anything else. Through the CFDA’s Fashion Manufacturing Initiative, there are plans “to announce soon an exciting new component once we finalize a contract with the city.”

An investment of more than $2.75 million has gone into about 25 New York City-based factories with innovation, technology to improve speed and specialization being key areas of interest. “We’ve begun to refresh an ecosystem, but now what we want to do is to get people to use it more. That’s really the exciting next stage of the program which we will announce soon,” Kolb said.

Regarding a potential time line, he said, “When you are doing a contract with the city, one can never predict how long that will take. It’s a good thing in that every ‘t’ and ‘i’ is dotted, but it’s a bad thing because every ‘t’ and ‘i’ is crossed, so it takes a while. We are deep into the process. We are two-thirds of the way into it, so we’re close to it.”

While New York is the focus for fashion manufacturing, the CFDA has also made inroads in Los Angeles and Detroit, and is “starting to align with city groups and governments.”

Sustainability is another major area of interest for CFDA members, and the group introduced a  Sustainability Initiatives Resource Hub earlier this year to give brands the tools they need to adopt sustainable practices and evolve their businesses. Kolb also highlighted the CFDA’s work with FWD.us regarding immigration, last year’s “Glass Runway” survey and its PVH-supported Inclusion & Diversity Industry briefing as other priorities. But one does not supersede the other, he stressed.

“That doesn’t mean we’re not focused on how to become more direct-to-consumer or how to do business in China or other elements.”

Brooke Shields is on board to emcee next week’s gala at The Plaza hotel and there will be plenty of red-carpet moments before the honorees are saluted. Emma Roberts, Christian Siriano and Debra Messing are among the guests who have helped the AAFA amass 350 million media impressions over the years. But the gathering also gives Helfenbein the chance to go on stage to talk about CFDA in front of people who don’t often get to hear about it. Regarding their joint efforts, he said, “They are just so appreciative, because their worlds don’t always collide. I have heard more than one time, ‘Wow, I met Steven Kolb. This is a big deal.’”

“That must have been my father,” Kolb responded jokingly.

Striking a more serious tone, Kolb said, “It’s work. But any time I can be around Rick, Susan, Steve Lamar or anybody on their team, I’m happy to do it, because they’re good people. You want to be around people you like. I’m just proud of our relationship and friendship with AAFA.”

Helfenbein added, “It is mutual.”