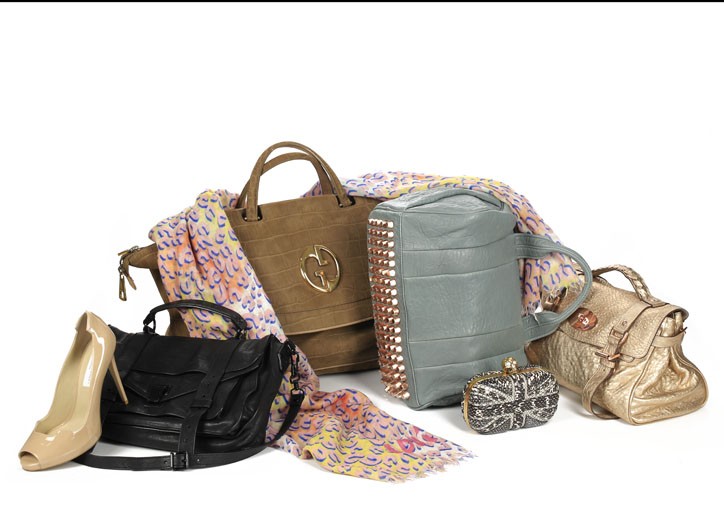 From handbags to shoes to watches, accessories are generating the power that is driving luxury’s surge.

It’s a global trend — from the U.S. to emerging markets such as China, Brazil, India and the Middle East. When the final tally is made, the sales growth of luxury accessories in 2010 is expected to be 16 percent, compared with 8 percent for luxury apparel, according to a new worldwide study from Bain & Co., a strategic consulting firm. By comparison, sales of luxury accessories in 2009 contracted

Customers are increasingly sophisticated, cherry-picking across categories, brands and channels for quality, style or value, the report said, with men showing the same spending patterns as women on leather goods.

Despite persistent high unemployment in many countries, concerns about European debt and a still-wobbly global economy, stock values are up this year, holiday shopping indicators for high-end goods have been positive and, in a period when product adaptability and value are essential, accessories are particularly appealing because they are a versatile, fast way for consumers to freshen what’s in their closets.

“There is a lot of value in accessories and shoes,” Nordstrom added. “If someone buys a designer handbag, they can use it several times a week. If you bought a designer apparel outfit, you may wear it a few times a year. You get more use and that is a part of it.”

Karen Katz, president and ceo of Neiman Marcus Group, also cited the strength of shoes and handbags in reporting this month that NMG’s income tripled for the quarter ending Oct. 30. And the rest of the industry has echoed those results.

Luxury group PPR recorded a 12.9 percent rise in third-quarter sales that was propelled by demand for designer handbags, especially in emerging markets. Hermès International has forecast a record year, pointing to items such as silk scarves, leather bags and watches. LVMH Moët Hennessy Louis Vuitton, Coach, Bulgari and Tod’s SpA all reported significant gains in accessories, while Mulberry group plc reported profits more than tripled in the six months to Sept. 30 and said the wholesale order book for spring was at least 91 percent higher than last year.

To be sure, a sudden crisis would undermine the trend, but that doesn’t appear to be imminent.

Executives such as Sidney Toledano, president and ceo of Christian Dior, and Philippe Pascal, president of LVMH’s watch and jewelry group, have said sales of luxury timepieces are strong and they expect the growth will carry over into next year.

Since the beginning of the year, Louis Vuitton has seen double-digit gains in accessories worldwide. Bestsellers include scarves, such as the house’s cashmere Leo stole, small leather goods and men’s and women’s sunglasses.

Boosted by tourist flows, notably Chinese customers, Gucci in the third quarter saw strong demand for classic handbag styles and novelties such as the Gucci 1973, especially in Western Europe, where overall sales for the brand rose 27.7 percent in the third quarter, with France, Italy and the U.K. all posting solid gains. As the brand’s core business, leather goods represent well over 50 percent of total Gucci revenues, generating in excess of 1 billion euros in sales, or $1.3 billion at current exchange.

“We have been very pleased,” said Cody Kondo, group senior vice president of shoes, handbags and jewelry at Saks Fifth Avenue. “Shoes and handbags have been very well received by our customers. In light of the good run we have had in the stock market over the last 60 or 90 days, customers have a strong appetite for them again.

“They still want value,” Kondo said. “That feeling of recession has not totally gone away, so it’s not all pre-2008. The customer is still looking for a strong price-value relationship. A year ago, into spring, there was a trend in timeless and classic pieces. We have seen some of the more statement fashion pieces now selling quite well. We have seen a nice increase in the jewelry category.”

At Tory Burch, top sellers in recent weeks have been the Reva and Eddie ballet flats; the hiking-inspired Halima, Lyle and Howard boots, and small leather goods like clutches and bags in all sizes.

“Accessories are an entry point into a brand,” Tory Burch president Brigitte Kleine said. “They are often the first thing women buy because they are the easiest way to update your wardrobe, from a leather handbag to a shoe you can wear year-round.

“People are more conscious about how and what they are buying,” she added. “ They are looking for products with value and longevity. As opposed to buying a whole new wardrobe every season, they’ll update with accessories.”

Lisa Montague, ceo of the Spanish leather goods brand Loewe, which is owned by LVMH, said the label this year has seen a higher quality of sales, with buying patterns shifting up more to the top end of price ranges.

“That could be because the customer is feeling more confident,” she said. “Certainly, for our brand, we’ve returned to being true to what we’re good at [luxury leather goods], and that is resonating well with the consumer.”

“We have seen a tremendous rebound in accessories, with shoes being the strongest of any fashion category, followed by handbags,” said Robert Burke, founder, president and ceo of the Robert Burke Associates consultancy. “The consumer is realizing it’s the easiest way to update their wardrobe, and consumers who have been forced to be more creative in their purchases realize they can shop [for apparel] in the contemporary category, or in more mass stores like H&M or Zara, and then splurge on a signature shoe, handbag or a piece of statement jewelry.

“There is also the aspirational consumer who will buy contemporary or more broadly distributed [ready-to-wear], and then save up for that signature shoe,” Burke added. “Runway designers have given shoes so much attention that the category almost has a life of its own.”

David Wolfe, creative director of trend forecasting firm the Doneger Group, said it is natural for accessories to lead the charge in retail’s recovery.

“Shoes and handbags represent what consumers think of as a better investment than a garment because they are going to get more use out of it,” Wolfe said. “It also eases their guilt from buying luxury brands. They think that by shopping accessories, they are justifying returning to their evil shopping ways.”

After steady double-digit growth in accessories sales over the past six years, Selfridges in London this year has seen its largest increase for the category yet — a 30 to 40 percent climb in sales year-over-year.

“Women’s wear is up over last year, but won’t have the same increase as accessories,” said Manes, citing Mulberry’s Alexa bag, Louis Vuitton’s Speedy and Chanel’s Mademoiselle bags, among other bestsellers. “The increase we’ve seen this year is phenomenal.”

Ditto at Harvey Nichols. Pointing to a rise in volume over the past few seasons for scarves and jewelry, Helena Sotiriou, accessories buyer at Harvey Nichols, London, said the store this season has seen a resurgence of demand for the “must-have” handbag, with long waiting lists for bags by the likes of Proenza Schouler and Alexander Wang.

“This season, customers are willing to spend and invest in their wardrobe as long as they perceive it to be value for money — price by wear,” Sotiriou said.

Catherine Newey, director of accessories at Printemps in Paris, said luxury has had the strongest growth, particularly luxury leather goods, jewelry and timepieces. Accessories account for more than 30 percent of the store’s sales.

“Clothing is experiencing growth, but the real dynamism is coming from accessories,” Newey said. “Every brand has focused on developing accessories” because they allow consumers to follow trends without having to change their wardrobes. “Accessories have become more and more directional,” she said.

How will brands maintain the momentum?

“So many of the luxury brands bastardized their integrity when they were overexpanding and catering to the aspirational market, and that is the one that has now dried up,” said Wolfe of the Doneger Group. “The brands now have to reassure their customers that they still have the quality, integrity and authenticity.”