The company on Wednesday laid out a shopping list of strategies to grab market share, following the release of its fiscal first-quarter earnings report. 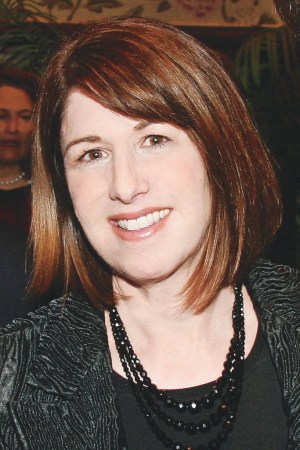 This could be Neiman’s moment.

This story first appeared in the December 19, 2013 issue of WWD. Subscribe Today.

Defying critics who say it’s a no-growth proposition, the Neiman Marcus Group Ltd. LLC on Wednesday laid out a shopping list of strategies to grab market share, following the release of its fiscal first-quarter earnings report, which was skewed by acquisition costs.

With the purchase by Ares Management LLC and Canada Pension Plan Investment Board finally done, Neiman’s executives are back focused on growth strategies. They’re also sensing that luxury customers are feeling financially healthier, and the firm is champing at elevated prospects for picking up talent and building brand relationships due to the transformational state of arch rival Saks Fifth Avenue.

Last month, Hudson’s Bay Co. closed on its $2.9 billion deal to buy Saks, which is now being integrated and streamlined, in a disruptive period involving layoffs and cultural shifts. “As one of our major competitors is going through the changes there could be very well be some opportunities for us on a number of fronts,” Karen Katz, Neiman’s president and chief executive officer, told WWD in an interview.

“Obviously, our relationships with our brands we take very seriously and we treat them very respectfully. We are in constant discussion with them on a one-on-one basis. We always are. That’s part of our DNA. We are always looking for who is new.” The Bergdorf Goodman division of NMG recently scored wholesale exclusives on Berluti men’s wear and Goyard men’s leather goods. “We are going to continue to work on those kind of things,” Katz said.

There is speculation that Neiman’s could be loosening up on its policy to exclude leased shops from its selling floors. Designer brands, as well as Saks, Bloomingdale’s and Macy’s, have been increasingly embracing the model that is prevalent in Europe. Neiman’s does have Louis Vuitton leased shops, an exception to the store’s policy. Prada is also sold, though at Bergdorf’s it’s considered a hybrid arrangement, and not a traditional wholesale or leased situation.

Regardless of whether Neiman’s capitalizes on changes at Saks, there’s reason to feel good going forward. “I do believe that the affluent consumer feels that their personal situation is in very good shape — better than it’s been in the last five to seven years,” Katz said.

On Wednesday, NMG, impacted by its $6 billion sale to Ares and CPPIB, reported a net loss of $13.1 million for the first quarter of fiscal year 2014 compared with net earnings of $49.6 million in the prior year. There were some additional losses, including those from fees to the previous owners, TPG and Warburg Pincus, and from its online business in China, where a downsizing occurred.

Total revenues came to $1.13 billion compared with $1.07 billion in the prior year, with comparable revenues up 5.7 percent.

Operating earnings, including $109.4 million of transaction costs, were $32.1 million compared with $127.8 million for the first quarter of fiscal 2013. Excluding these costs, operating earnings reached $141.5 million.

Expenses and interest costs related to the deal will be felt going forward as well, putting pressure on management to accelerate revenue growth, deliver to Ares and CPPIB a return on their big investment and service the $4.6 billion debt load, which is up from $2.7 billion pre-acquisition.

The new realities don’t overshadow the recent performance. “We felt very good about our first quarter,” Katz said, indicating that Neiman’s was a bit less promotional than a year ago, and that inventories grew below the sales trend. Katz said the company is taking “appropriate markdowns. We haven’t gone crazy.” There was a 30-basis-point decrease last quarter on merchandise margins primarily due to the calendar shift putting another week in the accounting period.

Last October, Bergdorf Goodman Men started marketing itself with a nickname — Goodman’s. “It’s really about trying to re-brand the store,” Katz explained. “The name of the store will remain Bergdorf Goodman Men, but this is a way to distinguish the men’s store from the women’s store.” Asked if the re-branding was a prelude to opening BG men’s branches, Katz replied, “I’ll never say never,” though she was clear that the team “has not thought about” doing that.

On the omni front, NMG has started installing NMG One, a new merchandising system enabling locating and sharing inventory across channels to improve turn and better meet customer demand. It’s a three- to four-year process.

Neiman’s has been testing ship-to-store in a few locations, which Katz said has yielded “great results” and led to incremental spending by customers picking up their online orders in the stores and then shopping more. “After the new year, we’ll roll it out to all 41 [full-line] stores,” Katz said.

Specialty store sales grew to $889.3 million from $851.3 million. Productivity increased 3.9 percent to $560 per square foot, up from $539 a year ago, sustaining the retailer’s reputation as an industry leader in that department. In another omni tactic, Katz said that all 5,000 sales associates have iPhones, and that there are 2,000 iPads in different departments, helping staff build connections with customers and provide better service.

On the overseas front, fashion director Ken Downing traveled to Australia in November to stage a fashion show and a big dinner for celebrities, fashion editors and bloggers, as well as appearing on TV with models and doing interviews. Katz described this as a test strategy putting Neiman’s on the road to boost online sales. Australia was chosen first because it’s an English-speaking country. Downing is likely to be on the road again.

During a conference call with analysts, Katz expressed relief that the company was finally sold, after months and months of considering different sale scenarios, including going public. TPG and Warburg Pincus were the previous owners. “It’s been a very busy time for us,” she said. “I’m happy to be back at my day job. The process was long with its expected share of challenges, but we’re thrilled with the outcome.” She said she admired “the time, energy and resources” the new owners have devoted to understanding the business. “Senior management visited 21 stores, as well as both Bergdorf Goodman stores, in less than 60 days.…They share our passion, and the potential for growth. Together, we are formulating a long-term strategic investment to be supported by capital and other resources.”

Regarding the consumer mind-set, Katz said, “I do think measuring customer sentiment is very subjective. Our best indicators are what we hear from sales associates. We are in constant communication with our sellers. They are telling us the customers are coming in really ready to shop. If we offer them unique merchandise, regardless of the category, they are really open to spending money.”

Last quarter, Texas and the West had the best results. Handbags, contemporary women’s sportswear, shoes, men’s, beauty and fine apparel were the best-selling categories. “Fine apparel had been challenging. It’s back on the list of strong-performing categories,” Katz said, citing a de-emphasis on special occasion and increased emphasis on casual luxury with such labels as Brunello Cucinelli and The Row.

Last Call Studio stores — there are currently six — will be rolled out, though Katz didn’t specify how many units will open. Last Call Studios are located in towns and stocked exclusively with direct-purchase product, while Last Call Clearance Centers, which are also being rolled out, are primarily in outlet centers outside of major metropolitan areas and are stocked with merchandise from Neiman Marcus full-line stores, catalogues and merchandise from Bergdorf’s, as well as directly purchased merchandise.