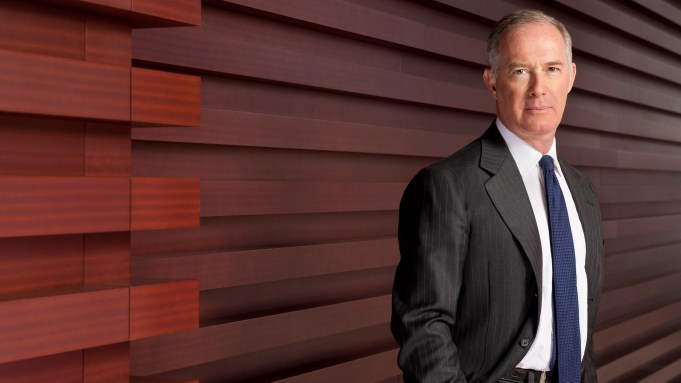 LONDON — Activist investor Bluebell is refusing to give up the fight at Richemont, urging the company’s shareholders to elect Francesco Trapani to the board and to support sweeping changes to corporate governance at the luxury giant, parent of brands including Cartier, Van Cleef & Arpels and IWC.

On Tuesday, Bluebell responded to a letter penned by Johann Rupert, Compagnie Financière Richemont’s founder and chairman, urging shareholders to vote against Trapani, and against Bluebell’s proposed changes to the makeup of the Richemont board at the annual general meeting on Sept. 7.

Earlier this month Bluebell said it wanted to work alongside Richemont to bolster the company’s value, and could think of no better person than Trapani, the former chief executive officer of Bulgari, and chief of LVMH Moët Hennessy Louis Vuitton’s watch and jewelry division, to set those changes in motion.

As reported, Bluebell, which has a small minority stake in Richemont, wants Trapani to represent the holders of Richemont’s publicly quoted “A” shares. It also wants to increase the number of people on Richemont’s board holding “A” shares, and “B” shares.

It would like to see at least three from each group, increasing the minimum size of the board to six “to ensure a fair board representation” for both cohorts.

In Monday’s letter, Rupert told shareholders that Trapani has too much history with Richemont’s competitor LVMH and its founder Bernard Arnault, and would therefore be an “inappropriate” choice. Rupert is proposing a current board member and DE&I expert, Wendy Luhabe, as the person to represent the “A” shares.

Rupert, who is committed to Richemont’s current strategies and ways of working, will have the last word.

Rupert controls 10 percent of the company’s capital, and holds 51 percent of its voting rights. Although a management team runs Richemont, Rupert remains deeply involved in, and committed to, the business and its ways of working.

Ultimately, Rupert also has the right to veto any board members, if there is a valid reason.

In its statement on Tuesday, Bluebell countered Rupert’s argument, saying his description of Trapani as a competitor with links to LVMH was “specious and unreasonable.”

Bluebell argued that Luhabe’s loyalties are to the “B” shareholders, and that she could never truly represent the “A” shareholders.

Luhabe joined the Richemont board in 2020 as a non-executive director and became a member of the board’s nominations committee. She has a long relationship with Richemont, chairing Vendôme South Africa, Richemont’s subsidiary in the region, from 2001 to 2011.

Richemont has described her as a social entrepreneur and economic activist “with multiple honors for her pioneering contribution to the economic empowerment of women in South Africa.”

In its letter, Bluebell also noted that Trapani ceased to hold any executive position, directorship and advisory role at LVMH in 2016, and that he left the board of Tiffany & Co. in 2019, after LVMH acquired the U.S. company. There is no conflict of interest, it argued.

Bluebell also pointed out that Richemont’s jewelry and watches businesses account for all of the company’s EBIT, and said that’s another reason why Trapani would be an ideal addition to the board.

“While we recognize the sector expertise and contribution of Mr. Rupert and [Jerome Lambert, Richemont’s CEO], there is currently not a single independent director on the board whose core skills are in hard luxury,” Bluebell argued.

It reiterated that Trapani would be “an invaluable asset to Richemont, and would significantly contribute to Richemont’s future growth and success.”

Bluebell also pointed out that while Trapani was one of its cofounders, he no longer has any formal ties to, or shares in, Bluebell. As reported, he gave up his position as chairman of Bluebell Capital Partners in December 2021.

Bluebell has never been shy about stating what it wants.

Founded in 2019 by Trapani and the former investment bankers Marco Taricco and Giuseppe Bivona, the activist investor turned up the heat on Hugo Boss in 2020, and helped to eject its CEO Mark Langer.

In the span of a few years, Bluebell has also invested in, and demanded changes at, companies including Danone, GlaxoSmithKline and Lufthansa.

Although Trapani officially severed his ties with Bluebell late last year, he remains on friendly terms with his former partners, and he knows a thing or two about corporate activism.

He muscled his way onto the board of Tiffany & Co. in March 2017 as part of a deal with another activist investment firm, Jana Partners LLC.

At Tiffany, he was vocal from the get-go and was instrumental in picking a new CEO, Alessandro Bogliolo, and creative director, Reed Krakoff. Tiffany & Co. was later sold to LVMH in a blockbuster deal, and Trapani left the board to pursue other interests.

Although it’s been years since he’s worked at LVMH, he has a long and rich history with the luxury group, which purchased his family company, Bulgari, for roughly $5.2 billion.

That deal put Trapani in charge of LVMH’s watch and jewelry activities, where he served as chairman and CEO. It also made Trapani and his extended family very rich.

In exchange for the Bulgari family jewels, the brand’s founding families were granted 3.6 percent of LVMH’s share capital, and later sold off a large portion of those shares.

Trapani’s résumé also includes a stint as chairman of private equity firm Clessidra SGR, where he helped with the acquisition of the Roberto Cavalli brand in 2015. He is also an investor in two Italian food companies.

For years, many financial analysts have pummeled Rupert and his managers with questions about the future of Yoox Net-a-porter, and Richemont’s strategy for its costly digital businesses.

Rupert has always said he is investing in the retail and marketing models of the future.

As reported, Richemont is in advanced talks about merging YNAP with Farfetch to create a neutral, open platform to sell luxury online. Those negotiations are ongoing.

Over the years, analysts have also wondered why Richemont spends its money and energy on the luxury fashion brands, such as Chloe, when they’re not driving sales or profits.

But Richemont and its brands are close to Rupert’s heart, and for decades he has built and shaped the company just the way he wants it.

And while the analysts have voiced their opinions over the years, Rupert has gone largely unchallenged by activist investors. After all, he’s the founder with 51 percent of the voting rights.

A few months ago, shares in Richemont jumped more than 5 percent following reports that activist Daniel Loeb’s hedge fund Third Point was taking a close look at the luxury giant. Some reports said Third Point had taken a stake in the company, while others said the activist made some inquiries.

The furor quickly died down, although it remains to be seen whether Bluebell will continue to agitate, or walk away, following the AGM vote on Sept. 7 in Geneva.

On Tuesday, shares in Richemont closed down 2.3 percent at 112.05 Swiss francs.