The deal is expected to close by yearend. 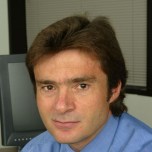 Advanstar’s parents on Wednesday agreed to sell the company to UBM plc of the U.K. in a deal valued at $972 million, with the combined platform creating the largest events business in the U.S.

The transaction is expected to close by yearend. Advanstar is being sold by Anchorage Capital Group, Veronis Suhler Stevenson and funds managed by Tradable Credit Group of Ares Management. The investment group acquired Advanstar in 2007 for $1.1 billion in cash.

Both UBM, a public company that trades on the London Stock Exchange, and Advanstar operate trade shows and event services. Advanstar operates fashion trade shows such as MAGIC, WWD MAGIC, FN Platform and Coterie. UBM, based in London, is one of the largest events operators in Europe, as well as the largest trade-show organizer in China, India and the ASEAN region.

Joe Loggia, chief executive officer of Advanstar, will continue with the company for a transitional period that is expected to take him through part of 2015. In that role, reporting to Tim Cobbold, UBM’s ceo, he will help to integrate Advanstar with UBM, Loggia said. Existing staff members will stay on at the company, he added.

Loggia has been involved with Advanstar since 1992, when he began working as a consultant for the company that was back then just a “men’s show,” he said.

The trade show component of Advanstar is under Advanstar Fashion Group, which includes MAGIC and WWD MAGIC and Project, along with the ENK International family of shows. Advanstar acquired ENK in 2012 from the investment group Forstmann Little & Co. for an undisclosed amount. ENK’s roster of shows includes Fashion Coterie, ENK Vegas, ENK NYC, Accessorie Circuit, Intermezzo Collections and Sole Commerce, to name a few.

The original men’s show business has since expanded to other categories. “This company has evolved as we’ve added to the business to mirror the industry. We had the designer pavilion for awhile….Then we added women’s and Project to the mix. We also added streetwear, sourcing in the mid-2000s, and then added footwear. The show’s complexion has changed from a core men’s market to the world industry’s gathering place in the U.S. twice a year. The whole industry comes together to buy and sell, network and capture the trends that are going in,” Loggia said.

He noted that the acquisition of ENK has helped Advanstar better coordinate the markets on the East and West coasts, as well as the timing of the men’s and women’s shows for the apparel industry.

Loggia also said there’s been growing interest in the fashion sector from overseas, particularly in Asia and South America. The combination of Advanstar and UBM, which has existing teams overseas, can open new markets for Advanstar via UBM’s marketing strategies, Loggia explained.

For now, the immediate focus will be on the existing platform, rather than adding more specialized shows such as one just for accessories.

“We already have an accessories show circuit through ENK. As for MAGIC, our exhibitors tell us that they like to be incorporated as part of the ready-to-wear shows, rather than be separated off,” Loggia said.

UBM will pay a total of $972 million, or 599 million pounds, for Advanstar. The deal will be financed with $913.7 million, or 563 million pounds, in gross proceeds from the rights issue, as well as a new $100 million, or 61.6 million pound, UBM bridge facility. Sources said the deal does not include any assumption of debt, and that if there is any debt on Advanstar’s books, it would be paid off by Advanstar.

Existing UBM shareholders will be given the right to buy new stock as part of a rights issue, which is by J.P. Morgan Cazenove, according to sources. A UBM spokesman on Wednesday declined to comment on the specifics of the rights issue, such as its ratio basis.

Sources said that the mix of debt and equity financing for the acquisition is driven by credit rating and capital structure considerations, and the financing plan is expected to have a de-leveraging impact upon UBM since the rights issue will be a source of capital for the company.