Afterpay Teams Up With IMG as Multiyear Presenting Partner of NYFW: The Shows

The partnership will include consumer-facing programs leading up to fashion week and throughout the year.

Through its partnership with IMG, Afterpay aims to champion American designers, support the U.S. retail industry and give consumers more access to the fashion brands that they love.

Afterpay has become the presenting partner of New York Fashion Week: The Shows with a multiyear deal that will begin September 2021. During a livestreamed conversation to announce its partnership with Afterpay, IMG also announced its formation of the IMG Fashion Alliance.

The buy now, pay later solution platform is already the sponsor of Australian Fashion Week, replacing replaced Mercedes-Benz in its role last year, and similarly announced becoming the principal partner of London Fashion Week with a two-year deal with the British Fashion Council in February 2021.

“Our industry has faced countless setbacks during the pandemic, but our collective resilience is unparalleled,” said Leslie Russo, president of IMG’s fashion events and properties. “With our new partners at Afterpay, we are proudly committing to not only reignite the commerce and creativity showcased at America’s most critical fashion industry event but revitalize New York’s fashion and retail sectors at large.”

According to a statement by Afterpay, through its partnership, the company hopes to put a global spotlight on American fashion and help reinvigorate retail and local economies as the industry looks toward reopening. The partnership supports the company’s larger commitment to uplift and support the retail industry at large while also ensuring that American designers continue to lead the world in innovation, accessibility and sustainable fashion.

In its role as presenting partner of NYFW: The Shows, Afterpay says it will support and “champion American designers, support the U.S. retail industry and give consumers more access to the fashion brands they love,” noting that this is a pivotal moment for American retail and that NYFW generates more economic value than any other fashion event globally. 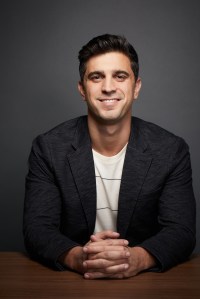 “Fashion has always been in our DNA, and we have been committed to supporting local brands since inception,” said Nick Molnar, cofounder and co-chief executive officer of Afterpay. “It’s a privilege for us to partner with IMG to help reignite the U.S. retail economy after the toll that the pandemic has taken on the community. We know NYFW has an economic impact that generates nearly $900 million per year including tourism to NYC, local jobs and tax revenue. Being part of New York Fashion Week means Afterpay can make a lasting impression on U.S. retailers and consumers alike over the next few years. We’re turning the lights back on in the city that never sleeps.”

As part of the partnership, Afterpay and IMG will bolster the NYFW programming with activities and interactive concepts both throughout New York City and digitally given the current state of the pandemic.

For its first event, Afterpay has partnered with designer LaQuan Smith to launch a “see now, buy now” show during NYFW. The event will be a “first” for both the designer and Afterpay. During the event, U.S. consumers will be able to view from home with the opportunity to buy items from the runway and pay for them over time.

Beyond events on the runway, the company will work with IMG to host programming and share content year-round that educates and supports both the retail industry and consumers.

In regard to the IMG Fashion Alliance, it will be a group of leading American fashion designers who will help define the future of NYFW with IMG. The group was brought together in light of the pandemic’s continued impact on fashion and retail industries globally to help “revitalize NYFW, celebrate the continued unity and ingenuity of the American fashion community and champion the artistry featured on New York’s global stage.” 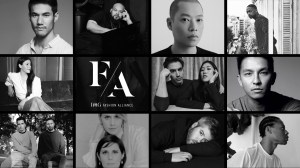 In conversation, Russo reminded the audience that New York Fashion Week generates more income over the course of the week than London, Milan and Paris Fashion Weeks combined, making it critical to rebuilding the fashion economy post-pandemic, calling out Afterpay as a “true ally in rebuilding” with its commitment to innovating ways to connect designers with the customer.

“[Afterpay’s involvement], to put it into context this is a game-changer,” Russo said. “Fashion weeks have been evolving over the course of the last 10 years to focus on what the point of being is, social media and having the consumer shopping differently. The idea that the end game is for the trade, but it’s also for the customer and if you’re going to spend your money on the best hair, makeup, creative directors to represent your brand, [location] doesn’t matter anymore [because] anyone can watch the front row to a fashion show and it’s where customers take their cues. The idea for IMG and Afterpay together feels to me like the final piece of the puzzle of completing the circle of New York Fashion Week and what these fashion weeks mean.”

For its part, Molnar said Afterpay aims to become the “ultimate customer acquisition channel for that next generation of consumer for the retail ecosystem” by giving retailers millions of leads for the highest value consumer.

“Whether we want to evolve or not, the customer has evolved and the way they want to shop is different,” Russo said. “It’s a huge value that [Afterpay] is bringing to the table and we’re so grateful and looking forward to making this really big come September.”