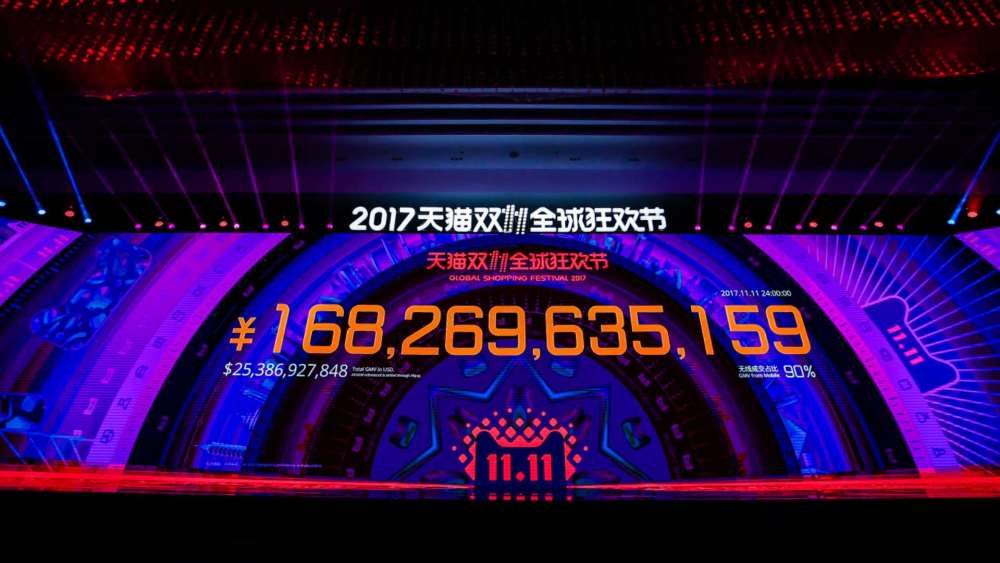 Ninety percent of the purchases were made on mobile devices.

The results not only beat 2016 sales but also topped widely circulated estimates from Citigroup, which predicted sales would reach $24 billion.

The results, which represented 325,000 orders processed per second over the 24-hour Singles’ Day period, were described by Alibaba chief executive officer Daniel Zhang as an “historic record, not just for China, but for the world…I like to refer to Double 11 as the Olympics of commerce.” The shopping holiday is called Double 11 because it is held on Nov. 11, the numbers 11.11 were chosen because they most appropriately represented the single people the holiday initially targeted.

Total 2016 GMV of $17.8 billion was surpassed just after 1 p.m. China time. Last year, in turn, GMV grew 32 percent over 2015. This year, the shopping holiday fell on a Saturday, which according to Zhang, helped boost sales. 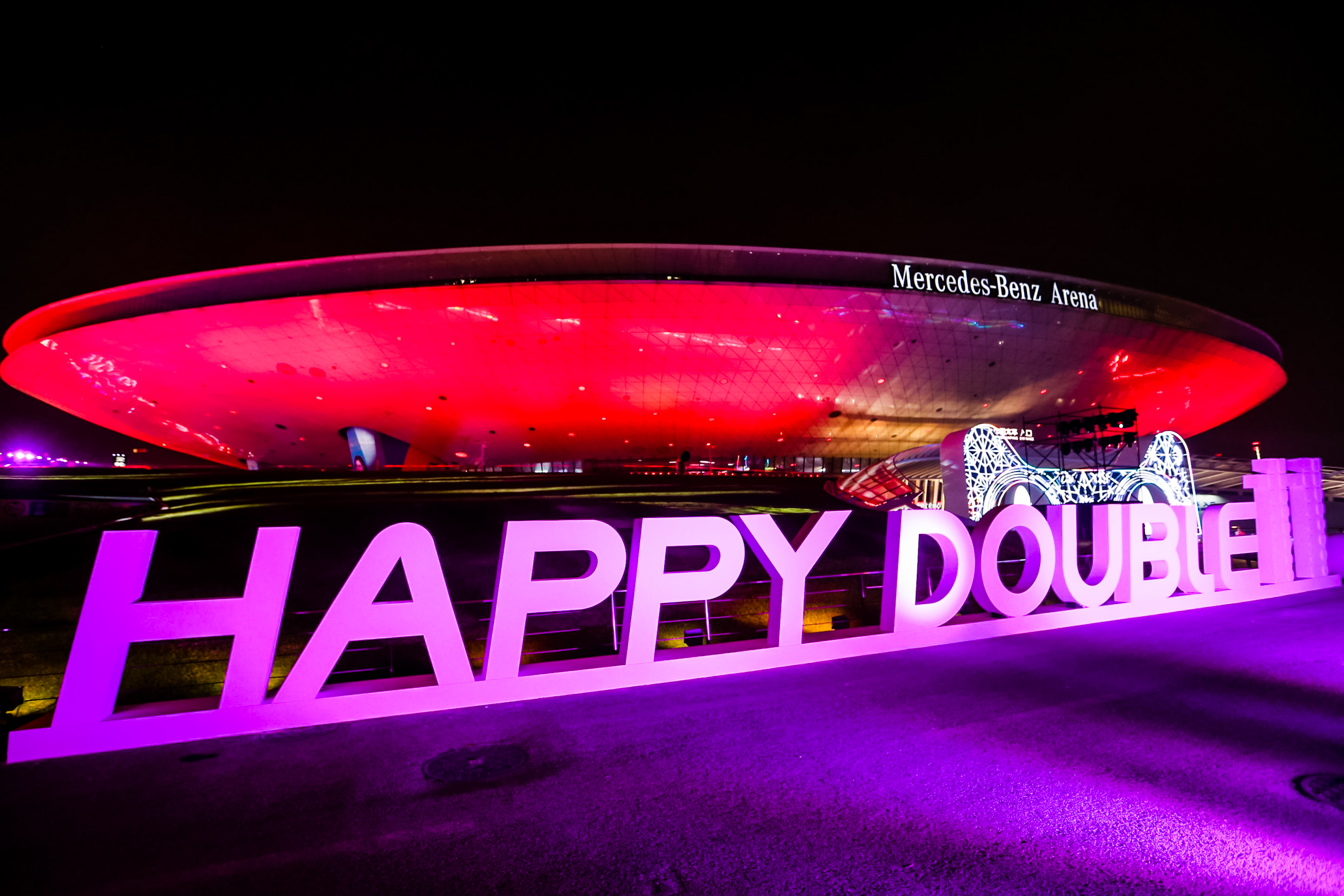 More than 150,000 brands participated in the festival on Alibaba’s platforms with promotions on more than 15 million products. Since launching in 2009 with just 27 brands, the festival has morphed into the world’s largest shopping day, more than double the size of Cyber Monday and Black Friday combined.

The term repeated ad nauseam by “ali ren” (which translates to “ali people,” the term Alibaba staff and executives use for themselves) over this Singles’ Day festival was “new retail,” in reference to the company’s integration of digital and traditional retail technologies.

The new retail concept was first flagged during Singles’ Day last year and in 2017 it has become something of a reality, though still on a limited and experimental basis in the form of pop-up stores and other initiatives designed to test the waters.

“Everybody is talking about this, whether it’s the Internet retailers wanting to go offline or the so-called traditional retailers who want to go online. There is no traditional or nontraditional — it’s all about how to embrace information technology, how to experience the successful digital transformation. In this way China is ahead of the rest of the world,” Zhang said.

“For the last 10 years we’ve been talking about the war between bricks and clicks. I say, the war between bricks and clicks is over and the winner was ‘new retail.’ Both Alibaba and Amazon have come to realize that even in a best case scenario, 70 percent of transactions are going to have a bricks-and-mortar element; it’s why Amazon bought Whole Foods,” said Michael Zakkour, vice president of China, APAC & Global eCommerce Practices for Tompkins International.

From a brand point of view, Nike, which saw its official Tmall store in the top 10 for GMV returns over the Singles’ Day period, was embracing new retail as a way to bring as many products and experiences as possible to Chinese consumers. 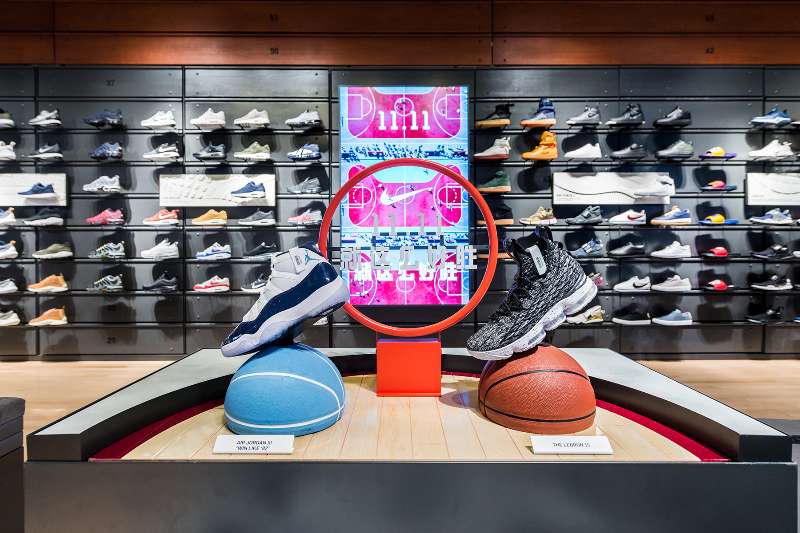 “The Chinese consumer is evolving at the speed of light, as we look to Nike’s role in that we want to bring twice the innovation twice as fast to our consumers in China. It’s our goal to bring as many products and experiences to China as we can,” Dennis Van Oossanen vice president at Nike Direct, Nike Greater China, said.

“The I-store pilot [a series of smart pop-ups enabled with AI and VR technologies set up around China for Singles’ Day] and the consequent rollouts will allow us to understand consumers better. I think of I-store as a fundamental base that we will be able to use these technologies in our own consumer environment, so customers — whether in store or online — can be in touch with the brand,” he said.

A major first step in Alibaba’s omnichannel, new retail strategy has been its investment in Chinese department store chain Intime Retail, which currently stands at around 74 percent. Since first investing in 2014, Alibaba has made the traditional retailer a breeding ground for omnichannel integrations, including major Singles’ Day promotions.

Intime Retail ceo Chen Xiaodong said the department store’s customers, between interacting with Alibaba’s digital payment platforms, apps or other innovations are overwhelmingly embracing digital technologies when shopping, even when they are shopping in the bricks-and-mortar stores.

“At Intime, 90 percent of our sales are digital in some way, including in-store customers [because they are interacting with digital products such as payment systems and apps while shopping]. At the core is this assimilation, online and offline, until there is no difference between online and offline,” Chen said. 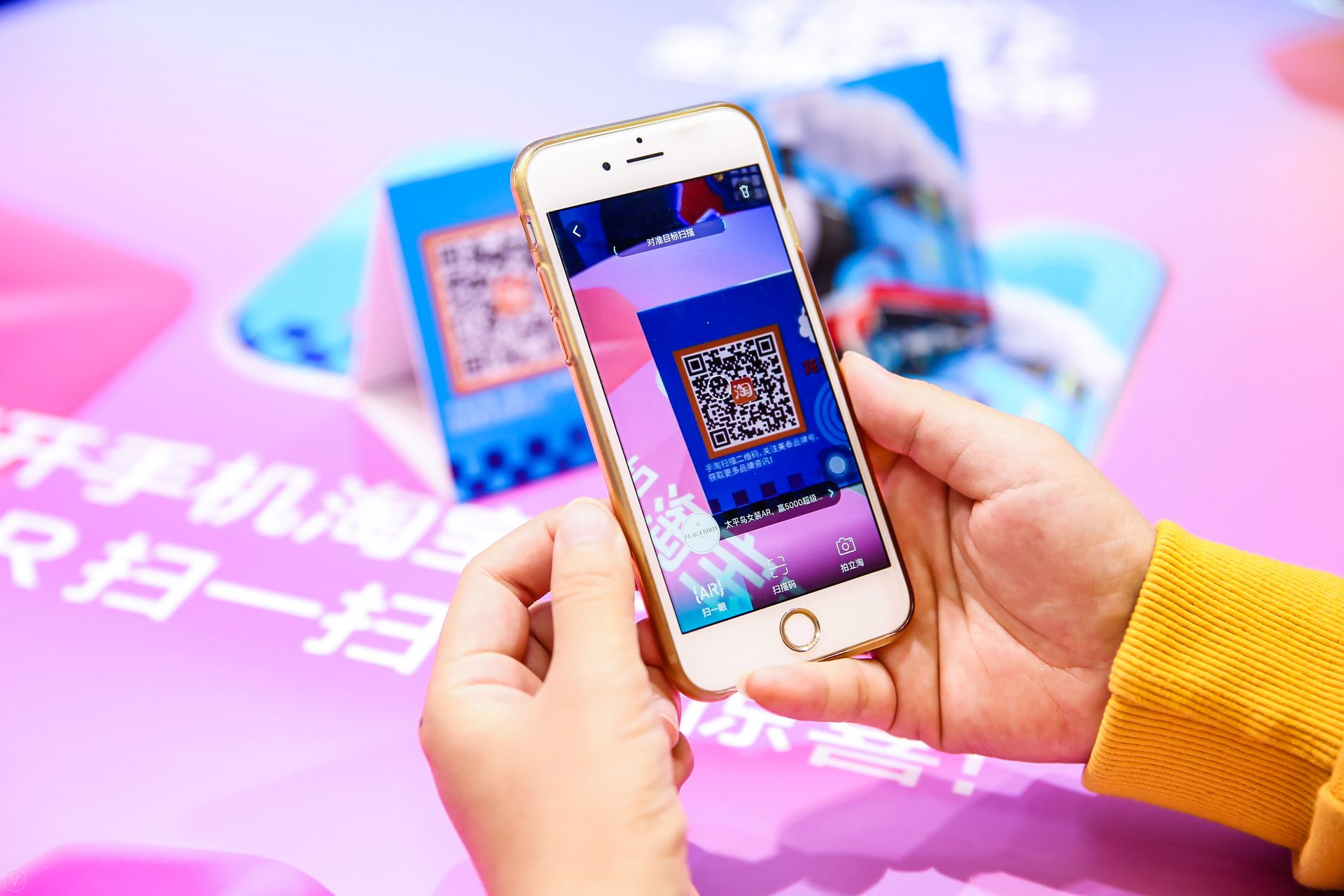 According to Alibaba cmo Chris Tung: “For Alibaba, it’s not about online or offline, it’s just about commerce.”

GMV growth on Singles’ Day is a continuation of blockbuster growth this year for Alibaba. The company’s most recently announced results, for the quarter ending September 30, saw the e-commerce behemoth report revenue of 55.12 billion yuan (or $8.34 billion) for the quarter, with core commerce increasing 63 percent on the year.

But according to some, the days of double-digit sales growth on China’s major e-commerce platforms are nearing their zenith, at least partly because of the blurring lines created by the new retail concept.

Mintel, a market research firm, last week released a study predicting that per capita online retail spend in China will grow to 45.7 percent of total per capita retail spend by the end of 2017, but will hold steady between 2017 and 2019.

Mintel expects total B2C and consumer-to-consumer online retail sales in China to reach 6.4 trillion yuan (or $963.6 billion) by year-end 2017, having grown at a compound annual growth rate of 37.9 percent since 2012; a fivefold increase in value over five years.

“There are a few reasons why this is happening. One issue is that consumers are increasingly buying experiences and services online, rather than products. The other issue is that consumers are already adapting to ‘new retail’; they are embracing greater integration between online and in-store shopping. This will mean much tougher competition between retailers. It will also likely mean more pressure for further consolidation in the market, resulting in more mergers, acquisitions and strategic partnerships,” said Matthew Crabbe, APAC research director at Mintel.

Luxury was a growth category for major Chinese e-commerce marketplaces. Both Alibaba’s B2C platform, Tmall, as well as competitor JD.com, have been targeting growth in the accessible and hard luxury categories, which have been understandably slower to jump on the e-commerce bandwagon in China. In October, Tmall launched its “Luxury Pavilion” platform within a platform, which has gone some way to assuaging concerns about proximity to fast-moving consumer goods categories as well as ongoing concerns over the number of counterfeit luxury products sold on Alibaba’s platform.

Indicative of growth for the higher-end fashion and accessory categories, watch sales on JD.com increased by more than 300 percent in the first hour of Singles’ Day, compared with the same time last year and watch brand Tag Heuer surpassed its full-day Singles’ Day 2016 sales on JD.com within 15 minutes. Sales of diamond products more than doubled over the same period.

Over its Singles’ Day promotional period which ran from Nov. 1 to 11, JD.com recorded 127.1 billion yuan in transaction volume, the equivalent of almost $19.14 billion. The company declined to further break out its sales figures.