The flagship mall of Hang Lung Properties is reintroduced with a big party, as mall doubles down on the high-end play. 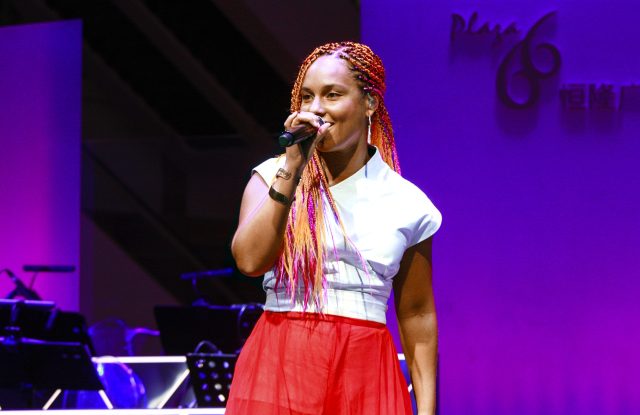 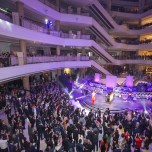 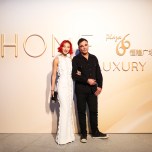 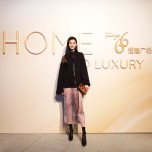 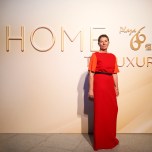 SHANGHAI — A shopping mall hardly seems like an appropriate venue for a performer of Alicia Key’s stature to perform but last Friday night, the multi-Grammy winning singer took the stage at Plaza 66, enthralling a crowd.

Of course, it wasn’t just any mall. It was Plaza 66’s big coming-out party in an effort to reclaim its crown as the destination for high-end premium shopping in Shanghai. The mall’s new slogan is “home to luxury” and its owner, the Hong Kong developer Hang Lung Properties, had arranged for photographers Tommy Ton and David LaChapelle to attend and document the night at its flagship mall, among other VIPs.

The entire mall was shut down for the event. Despite the 2,000 or so guests who attended — including Ermenegildo Zegna, chief executive officer of the Italian fashion group; model Ming Xi; the popular fashion blogger Gogoboi, and actors Cheney Chen and Tony Yang — the size of the venue and the free-roaming nature of the cocktail hour and relatively sparse canapés meant the event felt a bit soulless.

Originally opened in 2001, Plaza 66 for a time was the preferred destination for well-heeled Shanghainese but it started to lag behind as more entrants came into the market. (The end of the year will see yet another Hong Kong developer open a massive complex just minutes down the road, HKRI Taikoo Hui). Renovations began mid-2015 and the redesign, by Kohn Pedersen Fox, opens up spaces within the mall, giving it an overall warmer golden tone, and adds facilities like a VIP customer lounge designed by Ilse Crawford.

The reincarnation is home to Valextra and Chiara Ferragni’s first China stores alongside luxury anchor tenants such as Louis Vuitton and Dior. The mall is a purely high-end play with over 100 international luxury names, in contrast to competitors iAPM mall and K11 which have more affordable brands in the mix. A breakdown of the tenants shows 78 percent fall under fashion and accessories, 12 percent F&B and 10 percent others such as beauty and entertainment.

Hang Lung has a portfolio of eight shopping malls in mainland China. It has two mixed-use office towers, serviced apartments and shopping mall developments on the way: First with Spring City 66 in Kunming, Yunnan, due to open at the end of next year, and Heartland 66 in Wuhan, Hubei from 2019 onwards.

While there was an after party, the night certainly climaxed at the very reasonable hour of 8:45 p.m. as Keys’ performance in the mall atrium directly followed the opening ceremony remarks. Keys’ very soulful singing made up for the lackadaisical milling about the guests did at the start of the night.

Between songs, Keys, rocking her hair braided in hues of purple and orange, mused, “I’m definitely going to come back because Shanghai reminds me actually of New York.

“It feels so much like home,” she said, segueing into “Empire State of Mind.” While switching the lyrics of the song using Shanghai in the place of New York was a predictable one, it still was a crowd pleaser, eliciting whoops and grins from the guests.