Fashion labels and retailers looked toward China and other emerging markets in Asia for expansion and growth. 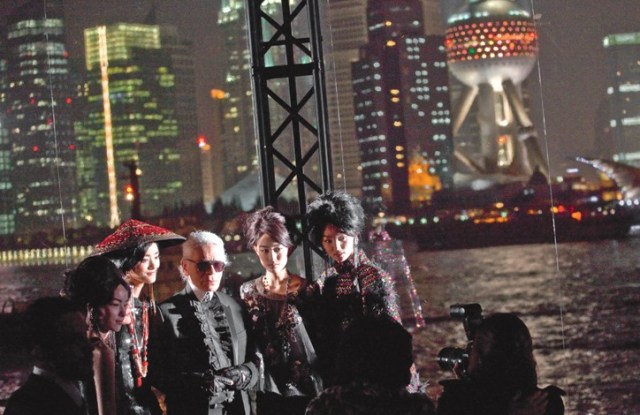 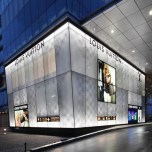 Luxury goods companies and fashion houses shifted their focus Eastward in 2009 with a flurry of store openings and special events.

While China and other emerging markets in Asia certainly felt the impact of the economic crisis, they did so to a considerably lesser degree than the U.S., Japan and Europe. And companies eager to offset slumping sales in many corners of the world reached out with increasing frequency to new customers in Hong Kong, Shanghai, Beijing, Singapore, Macau and elsewhere — even Mongolia.

Much of this year’s retail expansion activity was focused on China, and for good reason. In a recent report, J.P. Morgan estimated that most companies registered sales growth of more than 40 percent in Mainland China in 2009 as its customer base, including locals and travelers, increased by more than 30 percent. Analysts Melanie Flouquet and Corinna Beckmann forecast the Mainland China consumer base will grow another 25 percent in constant currency terms in 2010, while that of the rest of Asia, excluding Japan, is seen rising 10 percent.

“The Mainland Chinese consumer base [at home or traveling] is the consumer base that has remained on a strong growth trajectory in [2009 sales estimates] across luxury names,” the analysts wrote, warning that luxury goods companies should be more prudent about expansion in emerging markets outside Asia, such as Russia and the Middle East. The consumer base in Europe, the Middle East and Africa is seen growing 5 percent in organic terms next year, they said.

“While Mainland Chinese luxury buyers are indeed buying and, in many aspects, keeping the luxury market afloat, they are not willing to buy just anything,” the consultancy said. “Mainland Chinese consumers recognize that luxury goods companies are relying on the Asian markets right now, and they are [expecting] superior quality and service.”

Michele Norsa, chief executive officer of Salvatore Ferragamo, said he’s amazed at the untapped potential of China, noting the country and other Asian markets, excluding Japan, will play a significant role in the future of the company.

“I estimate that about 70 percent of next year’s growth will come from Asia,” he said on the sidelines of a recent Ferragamo fashion show in Tokyo. This year saw significant retail expansion in China and other Asian markets.

Gucci, Lanvin, Fendi, Chanel and Salvatore Ferragamo are just a few of the brands that opened new locations in China this year. To coincide with the Chanel opening in Shanghai’s Peninsula Hotel, Karl Lagerfeld staged a special pre-fall runway show of his “métiers d’art” collection.

As for activity elsewhere in the region, Louis Vuitton and Ermenegildo Zegna opened their first stores in Ulan Bator, Mongolia. Also of note, Singapore’s highly anticipated ION Orchard mall opened last summer to house a host of brands including Vuitton, Dolce & Gabbana, Prada, Cartier, Burberry, Uniqlo, Boucheron and Dsquared. This year, Prada staged a series of events at its Rem Koolhaas-designed Transformer structure and art space in Seoul, underscoring the importance of the South Korean market.

The decision to host the event in Korea stands to benefit business. “Korea has been our second most important Asian market for Calvin Klein in the past year after Japan, but we anticipate it will move to the number-one position in 2010. It is a very well-developed market for all our brands and will most likely remain the most important market in Asia for us until China takes over some time in the not too distant future,” said Calvin Klein ceo Tom Murry.

Although many companies are shifting the focus of their Asia-related strategies to China, they aren’t forsaking Japan entirely. The once critical role of the Japanese market is diminishing as its population ages and its export-driven economy continues to stagnate. Consumers are more price conscious than ever and eager to find bargains at fast-fashion chains, outlet malls and discounters. Bain estimates luxury sales in Japan will record a 10 percent slide for 2009.

But most brands still value the importance of Japan, the world’s second-largest economy. Gianni Versace made headlines this year for its decision to pull out of Japan, but much of the press coverage glossed over the fact that the Italian brand plans to reenter the market with better-positioned stores.

Opening Ceremony, Ron Herman, Rick Owens, Tom Ford, Nike, Forever 21, Hennes & Mauritz, Ermenegildo Zegna and Tila March opened boutiques in Tokyo during the course of this year. This month, Tory Burch and Abercrombie & Fitch can be added to that list. Designers also made their presence felt in other ways.

Lanvin, Vivienne Westwood and Salvatore Ferragamo staged fashion shows in Tokyo, while Tom Ford put in appearances at Isetan and the Tokyo International Film Festival, where he screened his directorial debut, “A Single Man.”