Amazon Gears Up for Big Week, With London Storefront and a Luxury App

The online giant is burrowing into the fashion world, looking to take on the likes of Net-a-porter, Farfetch and Matchesfashion.com.

LONDON — Amazon is ramping up efforts to raise its fashion — and luxury — profile with a series of projects set to make their debuts this week, including a digital storefront with London Fashion Week designers and the long-awaited launch of its luxury platform, a dedicated app showcasing brands from Europe and the U.S.

An announcement is expected today.

The project is part of the wider series of initiatives known as Amazon Fashion Connects that sees the online retailer provide resources, infrastructure and delivery services to emerging and established young designers, and students, in Europe.

In France, Amazon has put money toward social and diversity scholarships, while in Italy and the U.K. it has been donating to fashion councils’ COVID-19 relief funds. In the U.S., Amazon Fashion has been working with the CFDA/Vogue Fashion Fund’s A Common Thread to support local designers impacted by the coronavirus.

In an interview, John Boumphrey, vice president of Amazon Fashion Europe, said it has been an extremely challenging year for the fashion and retail industry, “and we feel it’s important to support local businesses, particularly during this time. In the U.K. and Europe, we have some incredible homegrown talent that often doesn’t have the resources or infrastructure to be able to scale their business. This challenge has obviously been heightened by COVID-19.”

The digital storefront will be available to Amazon customers across five of its European web sites — in the U.K., Germany, France, Italy and Spain.

It will also feature links to the BFC’s Foundation Fund for the COVID Crisis, which has been handing funds to designers, and students, in need. It will also sell reusable, non-medical face masks designed by six London talents, with proceeds going to the British Fashion Council’s crisis fund and to U.K. charities.

Preen Line, the contemporary second line by designers Justin Thornton and Thea Bregazzi, will sell on the site. Thornton called it a “really great opportunity to reach a much broader audience, especially under the Amazon/London Fashion Week umbrella.” 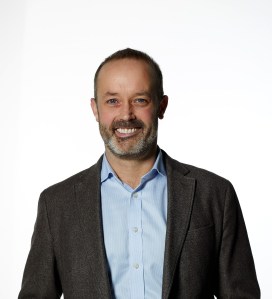 Boumphrey said the company was pleased with the response to the Common Threads: Vogue X Amazon Fashion digital storefront for the U.S., with “many designers continuing to replenish inventory and to add more selection,” adding the success of that project led to Amazon’s initiative with the BFC.

Boumphrey said Amazon is happy to do the heavy lifting for smaller fashion houses.

“Things like storage, customer service and returns handling can take a huge amount of time for a small business,” he said, adding that designers are able to choose from different fulfillment options: They can send the stock to Amazon’s warehouses for picking, packing and shipping or keep their stock and work with one of Amazon’s partner couriers to deliver within the Prime service timeframe.

Amazon Prime has 150 million paying customers worldwide. In the U.S., about two-thirds of all Amazon customers are Prime members.

Amazon is also taking care of back-office management and marketing for the project, with designers being given their own account manager, and the chance to create bespoke video content and editorial imagery that will be published on Amazon’s Instagram, Pinterest and Facebook social channels.

Boumphrey said Amazon has been working with influencers to create “unique” content to promote the designers and their collections, and investing in a number of onsite, paid placements and dedicated newsletters.

Boumphrey recently was named Amazon’s new U.K. country manager, having joined the company nine years ago as director of media in the U.K. He’ll start the new role in mid-November. In his current role leading Amazon Fashion in Europe, he and his team have launched new fashion brands and programs, including Prime Wardrobe, Stylesnap and The Drop.

The digital storefront will remain live for the duration of London Fashion Week, which runs from Sept. 18 to 22, but Boumphrey said Amazon hopes to continue working with the local talent here, with plans for “further conversations with new designers around ways in which we can collaborate.”

He said the issues created by the pandemic won’t disappear overnight — and “we’ll continue discussions with the fashion community to find ways we can support these designers. We look forward to developing some exciting new partnerships, so watch this space.”

Separately, Amazon is understood to be launching its luxury platform on Monday, showcasing the first three designers and brands via a dedicated app. Names will continue to drop onto the app in the coming weeks.

Brands such as Fear of God and Car Shoe, owned by Prada Group, are thought to be among the dozen or so international accessories and ready-to-wear labels opening shops on the app. Both brands declined to comment.

The labels, which hail from Europe and the U.S., will operate their own concessions, with a business model that’s more similar to the Farfetch marketplace than Net-a-porter or Matchesfashion.

The brands partnering with Amazon will also have access to centralized warehousing in the U.S., operated by Amazon, and be able to lean on the tech giant’s vast delivery network.

The platform will be launched in the U.S. initially, and Amazon has been working directly with the brands’ U.S. offices and subsidiaries. Dany Keirouz, head of brands relations and development at Amazon Fashion, is understood to be heading up the project, according to a market source.

Amazon has repeatedly declined to comment about the new platform.

As WWD reported in January, Amazon planned to unveil the concessions-based luxury platform in the spring, but because of the coronavirus quarantines, the launch was pushed to September.

Amazon is understood to be giving the brands full control over the look and feel of their virtual stores, allowing them to sell as much as they please, control when or if they go on markdown, and — crucially — leverage Amazon’s speedy delivery and customer services.

As reported, sources said a sprawling warehouse is being built in Arizona to accommodate sales, while a $100 million marketing campaign is also in the works.

According to multiple sources, Amazon plans to work with these brands on TV, film and streaming projects going forward.

In a further, separate development, WWD has learned that Dundas World, the lifestyle brand designed by Peter Dundas, will be opening a shop on Amazon, also a concession, with a look and feel similar to that of its own online store. A spokesperson for Dundas declined to comment.

Since 2012, Amazon has put fashion at the top of the agenda, shifting from one approach to another looking for an opening, testing and iterating, buying companies, launching brands, mashing up trends and formats, moving ahead with some while abandoning others.

In Europe, however, it has met with resistance — at least on the luxury end as Amazon is still viewed as a mass market outlet that lacks the expertise — and chic — of rival sites such as Net, Matches and Farfetch.

Nearly two years ago, according to sources, Amazon suggested that multibrand retailers set up online shops to sell designer and luxury goods, but the idea never came to fruition.

Despite the challenges of selling during a global pandemic — and the appeal of Amazon’s subscriber base and delivery muscle — many of the luxury brands polled by WWD rebuffed Amazon’s advances, and the opportunity to sell on the luxury app. Some said they wanted to take a wait-and-see approach.

Amazon has been busy in the U.K. this month, vowing to create 10,000 new permanent roles across the country in 2020, taking its total permanent workforce here to more than 40,000.

As reported, the e-commerce platform has already added 3,000 jobs across its network of fulfillment centers, sort centers and delivery stations in the U.K. this year. The other 7,000 jobs will be placed in more than 50 sites, including corporate offices and two fulfilment centers launching in the fall in the Northeast and in the Midlands.

In addition, Amazon is creating more than 20,000 seasonal positions across the U.K. ahead of the holiday season.

Engineers, graduates, human resources and IT professionals, health and safety and finance specialists are among the roles the company said it is looking to hire in addition to the teams that will pick, pack and ship customer orders to meet growing customer demand.