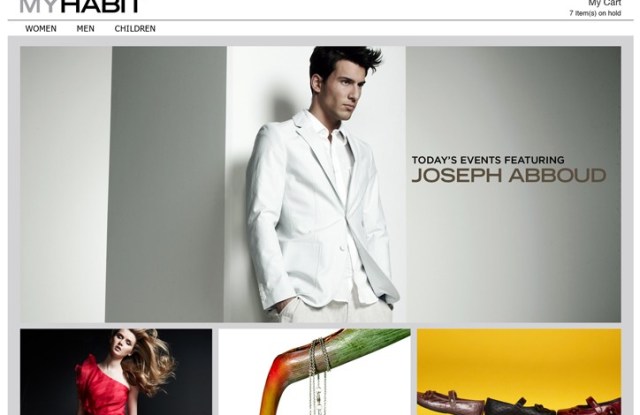 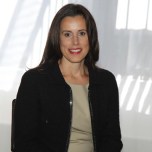 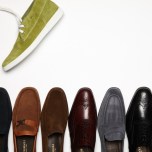 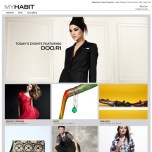 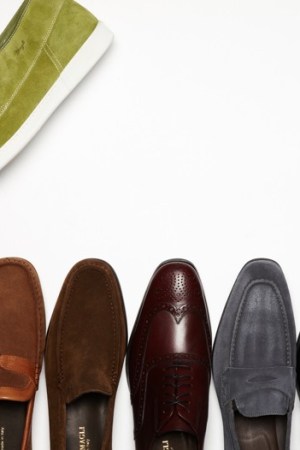 Bruno Magli shoes will be on sale on Amazon’s Myhabit Web site. 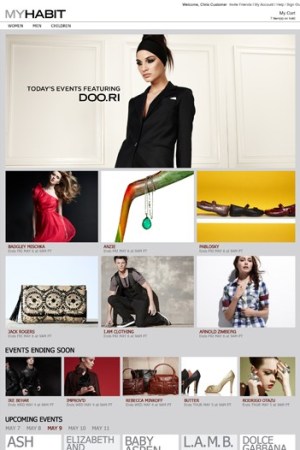 Giorgio Armani Speaks Up About Helping Out

Amazon.com, the $34 billion global Web giant, will today muscle its way into the flash-sale craze with the launch of a members-only Web site called Myhabit.

The project has been a year in the making, sources said, starting with building a team in New York that pulled some key executives from the merchant and tech ranks at Amazon’s Seattle headquarters, then developing the site and moving into test mode. The New York team of 40 includes buyers, planners and editorial staff.

The site will offer up to 60 percent off men’s, women’s, children’s, footwear, accessories, jewelry and outerwear, in what’s described as “a head to heel” offering. Doo.Ri, Badgley Mischka, Kenneth Jay Lane jewelry, I.Am.Clothing men’s wear and BedStu shoes are part of the opening day sales lineup. Four to six flash sales daily, and up to 40 events weekly across the different categories and genders are planned. They will start at noon Eastern Standard Time and typically last for 72 hours to create a sense of shopping urgency and limited availability.

“It’s a superclean, beautiful site,” said Maria Renz, president of Myhabit.com, who also oversees Amazon’s shoes, jewelry and watch categories as well as Endless.com, a Web site for shoes and accessories which is part of Amazon’s portfolio of companies.

And with its glossy look, Myhabit is a lot more polished and slick compared to Amazon itself. One of the most distinctive features is the unique visual technology, whereby a still shot of a model seamlessly morphs into video where the model does a 360-degree turn to show off all sides of the fashion, before returning to the still pose. Shoppers can also zoom in on products.

In 1995, Amazon.com launched on the Internet as an online bookstore, and eventually diversified into DVDs, CDs, MP3 downloads, computer software, video games, electronics, apparel, furniture, food and toys. Amazon already sells fashion extensively on Amazon.com and Endless.com, as well as via ShopBop.com and Zappos.com, which it also owns. Asked why the site moved into flash sales, Renz replied, “We are very customer-focused and we recognize the need to build great experiences that meet the needs of our customers.”

It’s a move into an already crowded field, including Gilt.com, RueLaLa.com and Ideeli. The flash-sale market, currently estimated at over $1 billion in sales, began with a French site called Vente-Privee.com, which pioneered the format, and mushroomed during the recession.

“It’s clearly one of the fastest-growing ways of shopping. The growth rates are pretty astounding,” Jamie Nordstrom, president of Nordstrom Direct, said last February, when Nordstrom got into the game by acquiring HauteLook Inc. for $270 million in stock. Retailers such as Neiman Marcus and Saks Fifth Avenue also have their own versions of time-sensitive sales.

One issue facing Myhabit as well as HauteLook and other flash sites could be the availability of goods. Many of the flash-sale sites launched in the depths of the recession but as the economy has improved, excess inventories have lessened. Some Web sites, such as Gilt, recently got into the manufacturing game, getting suppliers to produce product just for them so they don’t just rely on overruns and retail oversupply.

Myhabit said it’s “working with” more than 800 designers and brands to keep the pipeline for future flash sales flowing. “We are really spending a lot of time talking with vendors about their goals and what they want to do on the site,” said one Myhabit official. “We want to build great relationships,” she said, noting that Myhabit.com is providing links to the designers’ sites.

Myhabit has high hopes for garnering a big membership out of the gate, largely by tapping into its already huge Amazon member base of 137 million active users, meaning those who have made a purchase on Amazon in the last 12 months. Myhabit is sending out invitations to many Amazon users and has made the sign-up process easy by requiring them to just fill in their Amazon password and their e-mail address. For non-Amazon members, the sign in process is a more involved.

• Memberships, shipping and returns are all free.

• Three- to four-day delivery in New York, and four days for most of the country.

• Detailed and technical product information including fabrics, country of origin and care instructions, all compiled and written by the Myhabit team for “a consistent presentation.”

• A vertical tool bar, enabling fast browsing of all items on sale, like viewing a mini-catalogue, before clicking to a detail page.

• A filter for sizes, so users can narrow the assortment shown just to their size for simpler viewing.

“We listened to our customers and have been working on this for quite some time, to make sure we deliver a best-in-class experience,” Renz said. “We can leverage the operational and customer service aspects of Amazon that are best in class.…The team is very excited. We are really anxious to see how it develops and grows.” She declined to project a volume for the site.

Other key executives on the Myhabit team are Laura Porco, director of brand partnerships, and an 11-year veteran of Amazon, most recently leading the Kindle Book content team, growing the U.S. selection to 800,000 titles. Tony Balquin is creative director, most recently serving as creative manager of Bergdorf Goodman Online and, before that, senior art director for Neiman Marcus advertising. Jenny Feldman, an editor at Glamour, Elle and Nylon, is senior fashion editor.