Colleen Brown, who has experience with turnarounds, told WWD the firm is positioned to get back on track under the guidance of incoming ceo Paula Schneider. 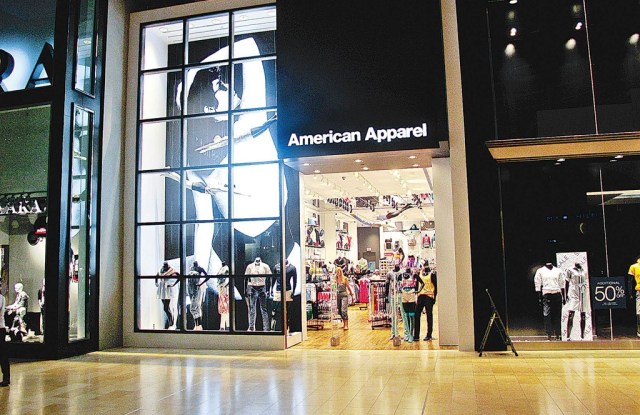 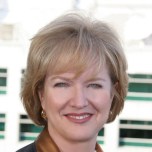 Colleen Brown is stepping into the firestorm at American Apparel Inc.

As the company’s new chairman, she finds herself armed with a new poison pill; fielding interest from Irving Place Capital; contemplating a major turnaround, and fending off the firm’s ousted founder and largest shareholder, Dov Charney.

All in a (first) day’s work atop the whirlwind that is American Apparel.

Brown, who has experience with turnarounds, told WWD the company is well positioned to get back on track under the guidance of incoming chief executive officer Paula Schneider.

“There is a solid team there,” Brown said. “It’s just a matter of strengthening.”

She said the firm has to refocus on churning out great fashions and getting the most out of operations.

“We really do believe that American Apparel is a place that can be extremely productive and a professional workplace,” Brown said.

That’s a reference to Charney’s well-established antics and libertine lifestyle, which led to a flurry of sexual harassment suits and myriad headlines (although none of the suits was ever proven).

“I really respect Dov’s visionary and creative approach to this business,” Brown said. “He built an incredible company. I don’t think anybody would argue with that. Yet in today’s public-company environment [there is] the need for public-company leadership. New leadership will greatly benefit this company.”

Things are already much changed. Five of the top seven spots in the company are now held by women.

Brown joined the board in August and takes over from cochairs Allan Mayer and David Danziger, who remain directors and are the only two holdovers from the board that initially suspended Charney this summer. She was president and ceo of media firm Fisher Communications Inc. for eight years beginning in 2005.

“It’s not easy,” she said of turning around a company. “It’s disciplined work…but in the end, I do believe that we have the depth and the breadth to do what needs to be done.”

While never short on buzz, the firm has struggled on the bottom line. Net losses for the last four years have tallied $268 million. Even so, the brand has managed to draw a steady stream of attention from would-be investors.

American Apparel confirmed for the first time Monday that it received an indication of interest to acquire the company for $1.30 to $1.40 a share. Sources said that interest comes from the John Howard-led Irving Place and is contingent upon due diligence.

American Apparel also put into place a poison pill stockholder rights plan, which makes it prohibitively expensive for anybody to gain a controlling share of the company without going through the board.

Investors have grown increasingly bullish on the stock in recent days, driving it up 6.5 percent Monday to $1.14, giving it a market capitalization of $199 million.

The real x-factor for American Apparel is what Charney will do. He is said to believe that he could bring lawsuits pursuing hundreds of millions of dollars in damages.

The colorful Charney was suspended in June amid allegations of misconduct. On the outs, he linked up with investor Standard General and cut a deal that helped him boost his stake to 43 percent and provided that they share the voting rights.

But Standard General also agreed to support the company with $25 million in financing and helped remake the company’s board, which then fired Charney last week.

“I gave [Standard General] my entire life’s work and they agreed to put me back in, but instead they used this investigation to fire me,” said Charney last week, according to Bloomberg. “They betrayed me. I gave them my heart, my shares, they teamed up with Allan [Mayer] and worked against me. I gave them my shares so that I could come back and run this company. I bet the farm and they robbed me.”

Charney also reportedly said he was staying with a friend on the Lower East Side of Manhattan and had $100,000 left as he mounts his comeback.

A spokeswoman for Standard General, said, “Our objective is to help American Apparel grow and succeed. We supported the independent, third-party and very thorough investigation into the allegations against Mr. Charney, and respect the board of director’s decision to terminate him based on the results of that investigation.”