The evening's most stirring moment came when 10 Special Olympians took the stage for “The Star Spangled Banner.” 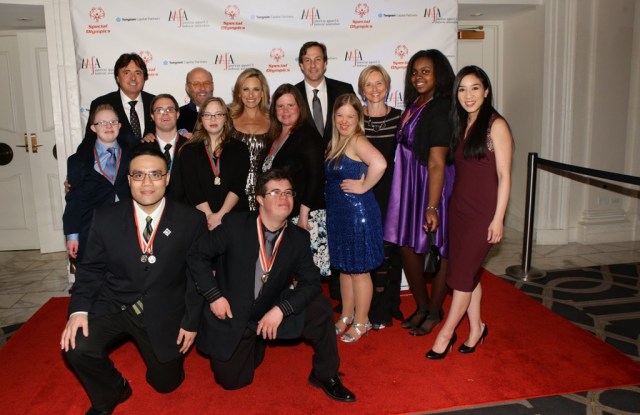 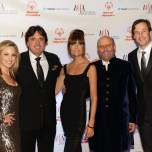 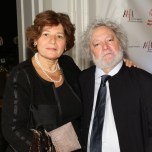 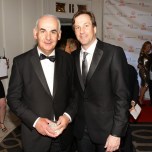 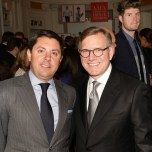 While the American Image Awards honored an impressive cross section of industry leaders, it’s most stirring moment came when 10 Special Olympians took the stage for “The Star Spangled Banner” and waved proudly back at the standing ovation.

Later, the Special Olympians mingled with the crowd of more than 450 as they passed out chocolate Olympic gold medals with red, white and blue ribbons. The event, held at the Grand Hyatt Hotel in Manhattan and sponsored by the American Apparel & Footwear Association, raised $750,000, with 40 percent of the net proceeds to benefit Special Olympics. Apropos to the evening’s message about supporting those who must overcome handicaps, Marlee Matlin, the only deaf performer to win an Academy Award, emceed the event.

The Man of the Year award went to William Sweedler of private equity firm Tengram Capital Partners, who recalled some of his father’s advice, which he didn’t take. “Whatever you do, don’t go into the apparel industry. Go to Wall Street,” Sweedler said, repeating his father’s words. “I went to the dark side — to private equity.”

Robert Graham chief executive officer Michael Buckley and cochairman and chief creative officer Robert Stock accepted the Men’s Wear Brand of the Year award, with Buckley crediting his partnership with Sweedler’s Tengram Capital, the brand’s owner, for transforming a dinner shirt company into a lifestyle brand that is now in the late-stages of a plan to offer a fragrance line.

DL1961’s creative director Sarah Ahmed and director Zahra Ahmed, who are sisters, accepted the Denim Brand of the Year award. “There’s an emotional connection with a pair of jeans,” said Sarah.

Guests in attendance included former NBA star and Olympic gold medalist Sam Perkins, and Olympic figure skater Michelle Kwan, a Special Olympics board member, who introduced Janet Froetscher, ceo of Special Olympics. Froetscher congratulated the honorees, thanked the AAFA for supporting Special Olympics, and spoke of the value of athletics in elevating the quality of life for the intellectually or medically disabled.