Rules are changing for one of fashion's biggest moneymakers: licensing.

By Brenner Thomas and Whitney Beckett on March 5, 2009
View Slideshow 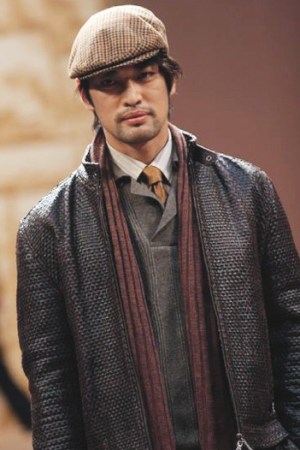 Is Square’s Acquisition of Afterpay a Game-changer?

Anemic consumer spending, jittery retailers and uncertainty about near-term sales have put a chill on the licensing business.

“It’s a difficult time for the industry and a difficult time for licensing,” said attorney Charles Klein, who heads up the fashion practice at Davidoff, Malito & Hutcher, where he specializes in corporate licensing. He said the yearlong recession has altered his business significantly. “New business has slowed and the parties working on deals are being much more careful. It’s a ‘buyer beware’ market.”

In times where capital is at a premium and organic growth is hard to secure, companies such as Liz Claiborne Inc. are looking to licensing.

“Our brands are identifying capital-light ways to grow through strategic partnerships,” said Claiborne chief executive officer William L. McComb during its fourth-quarter earnings call Wednesday. “Our U.S.-based direct brands have significant untapped opportunity in markets all over the world. In some cases, we have partners in place, and in other areas, we don’t. Juicy, for example, will now be partnering in Greece, in Mexico and developing a very aggressive travel retail program.

“We’re looking at where product licensing makes sense,” McComb continued. “Lucky Brand, for instance, will be launching footwear at wholesale with the Camuto Group this fall, and we’re looking at similar deals on other brands.”

Retail sales from fashion licensing contracted last year in the U.S. and Canada to $8.5 billion, down 8 percent from 2007, according to The Licensing Letter. According to Ira Mayer, the publication’s editor in chief, that number should drop again in 2009 as the recession continues to retard launches and slow sales of existing licensed products.

It’s a far cry from the late Nineties when retail sales from licensed fashion products topped $13.5 billion as the apparel business rapidly moved to a lifestyle model that prompted niche brands to expand into multiple classifications, tiers of distribution and international markets. In the last few years, celebrities ranging from Reba McEntire to Jennifer Lopez have been busy lining up licenses, and well-known designers such as Calvin Klein and Betsey Johnson have successfully augmented their businesses with licensed categories ranging from fragrances and swimwear to costume jewelry and eyewear.

But today, brands — even ones in expansion mode — are cooling their heels as consumers cut spending and retailers become allergic to untested merchandise.

JA Apparel, the company that owns Joseph Abboud, has experienced rapid growth over the past five years through a raft of licensing deals that brought the men’s wear brand overseas and into myriad new classifications. Marty Staff, president and ceo, said the company is still looking to push into additional markets — most notably women’s wear — but isn’t eager to rush into a deal in the current market.

Licensing agreements at the Beanstalk Group, the agency that manages licenses for the Andy Warhol Foundation, Samsonite, and L.L. Bean, were down 50 percent for the fourth quarter, according to president and ceo Michael Stone. “Licensees are reluctant,” he said. “The whole manufacturing community is experiencing great caution.”

Last summer, Neema Clothing, a men’s suit manufacturer, unveiled plans to turn Haspel, once a major player in the men’s clothing business, into a lifestyle brand. But company president Jim Ammeen said he’s being more careful in vetting potential licensees, which is slowing the process.

“Due diligence has historically not been the hallmark of the fashion industry,” said Klein. “But it’s happening now.”

In this environment, licensors are getting extensive business plans upfront and confirming the licensee’s cash position before moving forward. Licensees are doing their part by ensuring the prospective licensor’s brand is performing; that the company’s balance sheet is in good order, and that retailers support the product and want more of it.

Executives said licensing deals in the apparel segment — especially the once ubiquitous partnerships between celebrities and retailers — have been hardest hit. As an example, Stone cited Sarah Jessica Parker’s line Bitten, which is still tied up in bankruptcy proceedings after the line’s exclusive retail partner, Steve & Barry’s, liquidated late last year. Celebrity licensing arrangements with Amanda Bynes and Venus Williams were also affected at Steve & Barry’s.

Meanwhile, top-tier brands are finding it easier to ink deals than their lower-profile competitors. Andrew Jassin, partner in consulting firm Jassin-O’Rourke, said luxury brands with strong consumer connections are still finding licensing easy, but not so with secondary brands. “In the past if someone came up with a good idea and a decent name, there was a market you could go to, a retailer that would take a chance on instinct,” he said. “Today, unless there’s a retailer on board at signing, it won’t happen.”

The market for accessories, young men’s and international licenses has also held up.

Geoffrey Beene, whose wide range of products is completely made under license, continues to rack up new deals, especially for international markets, as in its recent agreements for master licenses in Mexico and Indonesia. The brand’s president of licensing, Merle Sloss, sees the slow economy as a good opportunity to sign competitive licensing contracts.

“In the short term, there’s less competition for new partners,” she said, adding the moderately priced brand will ink three to five new deals this year. “Globally, there’s lots of opportunity for the brand.”

One of the flourishing areas of licensing these days is taking the brand overseas. For example, in January Tibi, the women’s contemporary firm, signed a licensing agreement with the Japanese Marubeni Fashion Planning Corp. to produce and distribute in Japan, which could more than double Tibi’s volume.

While the pace of signing new licenses in the women’s business appears to have slowed in recent months, there are still deals to be made. Tory Burch struck its first licensing deal for eyewear with Luxottica Group, although no new licensing deals are in the works. VF Corp. licensed its women’s Nautica outerwear to the Levy Group, which has successfully grown with its stable of licensed outerwear labels such as A.B.S. by Allen Schwartz, Laundry, Betsey Johnson, Esprit, Liz Claiborne, Claiborne men’s, Joseph Abboud and Perry Ellis. Children’s lines are another popular extension, with firms such as Skechers USA Inc. and Jean Paul Gaultier inking licensing deals in the last few months.

“Licensing goes in cycles, and about six to eight months ago, more clients started coming to us looking for licenses, whether for new categories of business or for a master license in countries where they weren’t present,” said Robert Burke, president and ceo of the consulting firm. “With the economy in the state that it is, and sales being difficult to come by, people are looking to grow new categories of business that are in keeping with their brand.”

But the economy is affecting the terms of new deals. Brands profit from licensing by renting their intellectual property to a manufacturer in return for a percentage of sales, or a royalty. Licensees also agree to a minimum annual payment. In good times, the terms of the royalty and minimum payments form the battleground of any deal, but in a recession, when retailers are reluctant to take a chance on new products, settling on numbers becomes more difficult.

“It’s difficult to set minimums in an unpredictable market,” said Stone. “I’m recommending that clients be flexible on terms, even advising to drop royalty rates by 10 percent. It’s a new day and the goal is getting the product to market, not making it difficult for licensees.”

Burke agreed that new deals are being structured with “more realistic minimums.” For existing deals, he said, “Companies are certainly reexamining existing deals because they realize what minimums are achievable today are different than they were two years ago,” said Burke.

The time horizon of new deals is also getting shorter. A three-year agreement is standard in licensing, but sources said companies are building flexibility into partnerships by agreeing to shorter time frames.

Additionally, existing licensing partners are revisiting old contracts as manufacturers are squeezed by markdowns and a general downturn in consumer spending. Some licensees are not making their minimums.

“In the midtier, licensees are going back to brand owners for relief because they are missing their quotas,” Jassin said. That presents brand owners with options: either waive or lower the minimum payment, extend the deadline for payment or terminate the agreement and take the licensee to court.

Michael Lichtenstein, owner and founder of Group L Consulting, a licensing firm in New York, expects minimums in this economy to be lower in most cases and even “nominal.” In existing licensing deals, Lichtenstein said he hasn’t “heard any cries for the renegotiating of minimums yet.” Because minimums are addressed quarterly, but part of a yearlong measurement, he expects those indicators will be clearer around the second or third quarter. He said he does not expect royalty size to become an issue.

Secondly, in negotiating new licensing deals, Lichtenstein expects designers will become more flexible in allowing their goods to be sold not only in the standard channel of distribution, but also a notch or two below, so licensees can expect higher volume through more mass channels.

In fact, he expects diffusion lines and retailer exclusive lines, along the lines of Simply Vera Vera Wang at Kohl’s, will be an increasingly popular licensing category.

Another profitable licensing category, even in the slowed economy, continues to be international licenses, particularly in Asia and the Middle East.

“If you made a deal today, it wouldn’t be on tap for product for another 18 months — and hopefully in 18 months from now, things will be better,” said Lichtenstein.

At Joseph Abboud, five out of 50 licensees will miss their minimums this year, according to Staff, who said a few of the company’s licensing partners have met with him over the past two months to ask for relief. “As a general statement, we like to help the licensee without hurting ourselves,” the executive explained. “We either extend the length of the license, or trade money for more time.”