Andrew Jennings Out to Remake Karstadt

Company's ceo is bringing the 130-year-old German department store chain into the 21st century and giving it some personality. 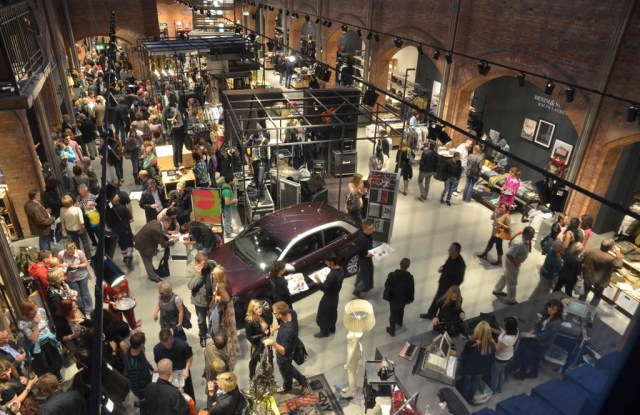 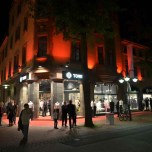 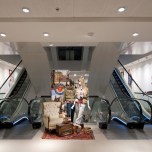 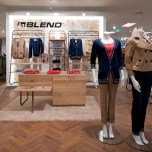 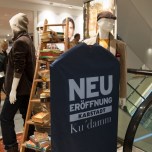 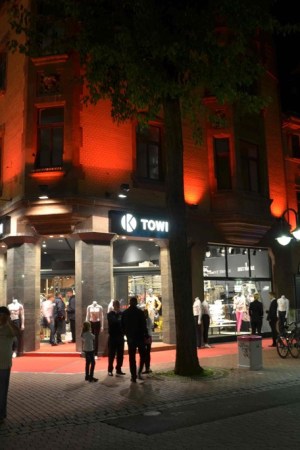 K Town format is a new addition to the Karstadt Group. 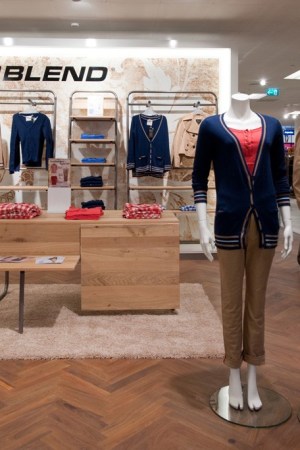 A renovated fashion floor at Karstadt.

Karstadt has fended off unwanted suitors, emerged from bankruptcy with a different owner and installed new management. Now comes the hard part — bringing the 130-year-old German department store chain into the 21st century and giving it some personality.

“This is a soup-to-nuts transformation,” Andrew Jennings, chief executive officer, told WWD. “We are looking at everything in the business.”

Jennings said the strategy, formulated since he became ceo 10 months ago, is moving forward even as Karstadt’s owner, Nicolas Berggruen, engages in talks to purchase Kaufhof, Germany’s leading department store chain. Merger talks have been on and off for years, so there’s skepticism a deal will arise. The Signa Group, an Austrian real estate company; Wolfgang Urban, a former retailer, and El Cortes Inglés, the Spanish chain, have also shown interest in Kaufhof. But Berggruen needs a merger the most to build up buying power and revenues and overcome rising costs from upcoming salary raises and taxes that will be reinstated after being curtailed during Karstadt’s bankruptcy.

“There is no telling what the outcome will be,” said a source in Germany. “It could be three to six months before there is a resolution. Karstadt and Kaufhof have been talking about coming together for 10 years.”

In Germany, Karstadt operates 86 Karstadt department stores as well as three premium department stores — KaDeWe in Berlin, Alsterhaus in Hamburg and Oberpollinger in Munich, which are filled with international luxury labels like Louis Vuitton, Prada, Gucci, Hermès and Rolex. KaDeWe is the second largest store in Europe next to Harrods (where Jennings once worked). The group also has 27 sports stores and six bargain centers.

Kaufhof has 109 department stores and 15 sports stores and is part of the Metro Group retail conglomerate. While Kaufhof and Karstadt carry a lot of the same merchandise, the Kaufhof fleet has been renovated, whereas Karstadt is just beginning upgrades and is regarded as Germany’s “other” department store. In recent years, Karstadt has lost some volume, which is down to around 4 billion euros, or $5.32 billion at current exchange, and some prestige, though officials say the business is currently profitable.

Jennings declined to comment on the merger possibility, but when asked if the talks would distract from efforts to remake Karstadt, he replied, “Not at all. Our whole business is going to be differentiated, with its positioning in the marketplace and with new brands.”

He calls his strategy “Karstadt 2015,” an acknowledgement that it’s going to take four or five years “to really build this business back again,” Jennings said. “There is a focus on the stores, the buying, the assortments, and the customer segmentation that each store should have. The brand is iconic. It has a 94 percent recognition factor.”

With the company rescued from insolvency a year ago and rid of much debt, Jennings has been given a budget of 400 million euros, or $532 million, to renovate 60 stores over the next four years, in varying degrees. Twenty-two have already been completed. “We will be spending quite a lot of money on visuals and lighting, from giving the windows a specific look and style to internal displays,” Jennings said. “There has to be a Karstadt personality so people come in and say this is different. It’s too similar to one of our major competitors.”

Recently a new creative director, Volker Kaechele, was appointed to enhance the visual merchandising, store design, advertising and private brands. A new chief financial officer, head of strategy and head of human resources were also hired, while a head of stores is being sought. “Really key people have been joining the organization,” Jennings said. “During the insolvency it was difficult to get talent.”

Jennings said his strategy boils down to four key components: modernizing the image, differentiating the assortment, sharpening many of the programs in place, including private label, and simplifying processes and procedures. His vision is to re-create Karstadt so it’s positioned like a “less promotional Macy’s,” with a merchandising scheme that straddles Macy’s and Bloomingdale’s and has a higher grade of fashion than what’s currently sold.

“Within our cosmetics we have everything from Chanel to Lancôme to Benefit, so we have a great assortment. It would be like Bloomingdale’s cosmetics. In sports [activewear], we have Nike, Puma. What we need to grow is our men’s and women’s assortments. Mostly, we have German assortments.”

Jennings said he’s made four trips to New York, as well as others to London and Paris, meeting with vendors. He’s been to about 35 showrooms, including Theory and Diane von Furstenberg. “We are talking to about 25 to 30 brands at this time.” His goal is to recreate the assortment so that in the next three years, 50 percent of it is distinctive from the competition.

“At the present time, we have a lot of classic merchandise. We want to expand modern and contemporary areas,” to represent roughly 35 percent of the assortment, Jennings added. “Private label is a good basic business but there is a big opportunity to increase it further, elevate its quality and increase its fashion. The consumer in Germany is very price oriented, value oriented. But we will offer our customer a good balance of good, better, best merchandise,” and tailor stores to cater better to local tastes and income levels.

Jennings is also developing a Barneys Co-op type format called K Town, with a young, contemporary appeal for men and women, particularly students. A 10,000-square-foot K Town, housed in an old brick warehouse in Göttingen, was in the works before Jennings joined Karstadt, and recently opened. Jennings sees the potential to recreate K Town inside Karstadt stores, and for additional freestanding K Town units. While expressing confidence the concept will fly, he said he’s giving it a year to weigh its potential. “It’s all part of our differentiation.”

The 36-year retail veteran is drawing on past practices to bring Karstadt up to date. For example, he’s implemented the “nine-box grid,” which provides a road map on how to customize assortments so the percentages of good, better and best prices, and the percentages of classic, modern and trendy styles, are tweaked at each store location. Jennings has also split the buying and planning functions to further fine tune the assorting. In his last two jobs — group managing director of Woolworths South Africa, and president of Saks Fifth Avenue — Jennings used the same tactics. Earlier in his career, he was president of Holt Renfrew in Canada, general manager of Harrods, managing director of House of Fraser, and deputy chairman of Brown Thomas in Ireland.

“Over the last 10 years, the offices here were filled with consultants and projects, many of which never saw the light of day,” Jennings said. “There have been many ceo’s in this company — business people, marketing executives, smart people, but not a retailer. To me, you’ve got to have a retailer. This time, the execution will be ruthless. We now have stability with our owner, a long-term investor in the business,” Jennings said.