As apparel makers scale back on corporate giving, one of the main question marks hangs over the May 4 Costume Institute gala.

By Marc Karimzadeh and Whitney Beckett and Miles Socha and Julee Kaplan on March 25, 2009
View Slideshow 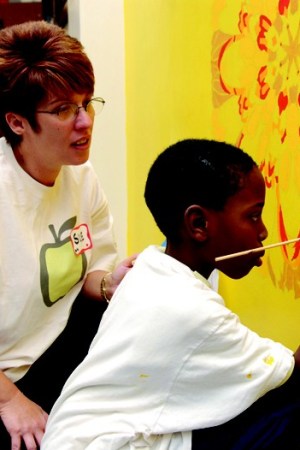 To give or not to give, that is the question.

As companies grapple with profit declines, budget cuts and layoffs, many are scrutinizing corporate giving and sponsorships. While firms like Kenneth Cole Productions and Michael Kors are keeping their corporate philanthropy relatively flat with 2008, others such as Liz Claiborne Inc. and Tommy Hilfiger are becoming much more selective and have reduced their budgets for charity events.

One of the main question marks hangs over the May 4 Costume Institute gala, which is typically one of the biggest nights on the New York social calendar. In the past, tables to the celebrity-heavy benefit are said to have cost between $75,000 and $250,000 — a steep figure that some brands may no longer be able to justify in these times of contraction and lean budgets.

“We are making very good progress,” said a spokeswoman for the Metropolitan Museum of Art. “While we may not reach the record-breaking level of last year’s gala, we are pleased with where ticket sales are to date given the state of the economy. As this event is the main source of funding for The Costume Institute and always a fabulous party, we are optimistic.” The evening raised $7.3 million last year, when it was sponsored by Giorgio Armani.

“It was our turn to pay back. The industry has been very good to us,” said Duffy, noting 2008 was the most profitable year in the company’s history. “We do feel a responsibility to this industry. We all use the museum.”

As for other fashion-related causes, Steven Kolb, executive director of the Council of Fashion Designers of America, said the underwriters for the CFDA/Vogue Fashion Fund have multiyear agreements, and are committed to paying over a course of a number of years — which is working to the fund’s advantage as the economy continues to head south. In addition, underwriter American Express renewed its commitment to the fund. Elsewhere, Fashion Targets Breast Cancer will continue with Net-a-porter.com as its global partner. Swarovski is returning as the underwriter of the CFDA Fashion Awards.

It’s too soon to tell how tickets will sell for the CFDA awards on June 15, but Kolb said he had conversations with CFDA president Diane von Furstenberg about how to put on a show at an equal level for less money. “Program-wise we are not cutting anything, but when it comes to overhead and expense, we have managed to cut $500,000 overall [from the previous year],” Kolb noted. One way may have been to change venues: the awards will no longer be held at the New York Public Library, but instead will move to Lincoln Center’s Alice Tully Hall (Lincoln Center’s Damrosch Park will also be the venue of IMG Fashion’s Mercedes-Benz Fashion Week come September 2010). The new format of the event, he added, will allow the CFDA to accommodate more guests, and offer different ticket level prices, with some lowered by 20 percent or more.

But the CFDA is aware that these aren’t exactly the times to hold endless galas, so it has decided to nix plans to hold Seventh on Sale again this year, as initially discussed. The event was resurrected in 2005 and held again in 2007.

Several major fashion companies have had to make the tough decision to cut back on their philanthropic endeavors as the economic headwinds batter them. Liz Claiborne Inc.’s corporate giving will be significantly reduced this year, due to the economy and dramatic declines in the Liz Claiborne Foundation endowment, which the company’s founders established in 1981 to support nonprofit organizations, specifically those addressing women’s economic independence, said Liz Claiborne Inc. chief executive officer William L. McComb.

“Philanthropy and charitable giving are core pillars of the values on which Liz Claiborne Inc. was founded, and that will never change,” said McComb. “Nevertheless, we will have to make many difficult decisions this year, as we will not be able to support all of the organizations we have in the past.…In terms of priorities, the Liz Claiborne Foundation focuses on women’s economic independence, while Liz Claiborne Inc. has been working to end violence against women through an awareness, education and prevention program called Love Is Not Abuse since 1991.”

This year, the vendor will focus its grants on organizations giving women the skills to seek work and financial literacy, such as Child Care Inc., NEDAP, or Neighborhood Economic Development Advocacy Project, and WomenRising in the New York area, and in Los Angeles, Women’s Care Cottage and the HomeGirl Café. In addition, the $4 billion vendor will continue to support more than 20 museums, nonprofit theaters and gardens.

The company will continue to donate merchandise to the New York City Clothing Bank, and when available, donates careerwear for women returning to the workplace. Additionally, Claiborne will maintain both its employee gift matching of up to $10,000 per employee per year and its company-wide volunteer program, LizACTS, or Liz Associates Committed to Service, which allows employees to choose which charities they want to get involved in.

The Tommy Hilfiger Corporate Foundation, which has donated $18 million since its inception in 1995, is implementing changes in its giving this year, after reevaluating its strategy in 2008, according to the company. Since 2005 the foundation has awarded $500,000 in grants every year through biannual cycles, on top of $400,000 in support to charitable organizations through donations, sponsorships and event tables.

“Within our new strategy, we will be narrowing our focus to specific initiatives so that we can have a further-reaching and more permanent global impact,” said Guy Vickers, president of the Tommy Hilfiger Corporate Foundation.

Jones Apparel Group went through the list of benefits last year “and cut some one-time events we attended last year,” said ceo Wes Card. “It’s important for us to keep up our industry support for our [retail] customers. All of the retailers we work with have causes they are committed to, and that’s important for us. But where we are not as directly tied, we may scale back a little.”

Jones’ other two main initiatives — Jones in the Classroom, for which the company has donated $4 million in 160,000 employee volunteer hours since launching in 2005, and participating in St. Jude’s holiday fund-raising program through its own stores, for which it raised more than $325,000 last year — will be maintained. The only tweak will be that, instead of hosting a golf outing fund-raiser for Jones in the Classroom, the company will host a more low-key breakfast with lower overhead costs, so more money raised goes directly to the cause, Card said.

Designers are trying to keep their support levels equal to previous years.

“We have to look at each charity and definitely want to support those we have in the past,” a spokeswoman for Donna Karan International said. “We will try to support the charities on different levels. They are all very important and are going to need support now more than ever.”

Marc Jacobs’ Duffy said the firm doesn’t plan to change its philanthropy in 2009 and has instead been cutting back elsewhere in such areas as staff parties, the after-show party and the number of invitations it issues to its fashion show.

“We have a number of things that we do every year, and nothing has been cut back,” Duffy said. “A lot of our charity, though, is sales-driven. We started our new cancer charity T-shirt sales and that’s been great and continues to be strong. We will be shooting new celebrities.”

Duffy said the company felt the effects of the economy at the high end, but not at the lower spectrum of the merchandise offerings. “The charitable items are within that group. They are not expensive, and I don’t think anybody feels any guilt at all when they purchase something of which 100 percent of the proceeds go to charity,” he said.

John Idol, ceo of Michael Kors, said, “We’re not changing our philanthropic strategies at all. Our business is good.” He said Kors will continue to support the major industry fund-raisers, such as the Costume Institute and the CFDA.

“It’s hard to ignore the current economic climate or the fact that it’s not likely to get better any time soon,” Kenneth Cole said. “The worst part is that the sector that’s being hit the hardest is the one that can afford it least: the nonprofit world.”

Kenneth Cole Productions, which has always embraced charitable support, is holding its giving steady in 2009, though the company does not have a set annual dollar amount year to year. In addition to its historical donations, this year all the proceeds from its new Awearness products (which launched last year) will be donated to the Awearness Fund, which supports charitable organizations.

While Tory Burch admits business is challenging, she also said she isn’t planning to cut any of her charitable endeavors.

“Charitable initiatives have been an area we have focused on since our brand launched five years ago,” she said. “We are involved on a number of levels including monthly in-store events with local charities, and larger partnerships with groups like The Breast Cancer Research Foundation, The Autism Awareness Foundation, and Save The Children.”

Currently, Burch is selling a CD in her stores with all sales benefiting Save The Children. Several times a month, she also opens her store to local charities, giving a portion of proceeds from goods sold during the events to the groups.

Li & Fung, one of the founding members of Fashion Delivers and a regular table buyer on the benefit circuit, plans to maintain its level of charitable giving in 2009, said Li & Fung USA president Rick Darling. “It’s more important than ever for us to be able to maintain a consistent position in supporting charities — there is more need now than ever,” Darling said.

For 2009, Li & Fung is adding a program that allows employees to take paid work time to volunteer — a trend Darling predicts will increase.

Eileen Fisher also is adding more volunteerism by giving employees flexibility to volunteer their time, on top of the nearly $1 million of annual charitable giving the company will continue, said Eileen Fisher director of social consciousness, Amy Hall. Eileen Fisher focuses its giving to organizations that support its philosophic mission of improving women’s and girls’ self-image, such as Girls Inc. and the Greyston Foundation in Yonkers.

“Our total dollars for charitable giving aren’t changing, but we are going to be much more thoughtful in how we use those dollars,” said Hall.