From Edibles to Fabrics and Faux Leather

Natural waste, such as apple and grape skins, has been developed into materials used in fashion and interior design.

MILAN — “An apple juice a day, keeps the cow away.”

This is a motto Frumat, which creates fabrics made with apple wastes, has made its own and points to an increasing number of companies that are investing in new technologies and researching ways to create apparel and accessories with materials made from “edibles, which are interesting if they are made with by-product waste from the food industry,” said Livia Firth, cofounder and creative director of Eco-Age. “A great example of this is Piñatex, made from pineapple plant fibers (leaves and stalks rather than the edible fruit). It provides additional income for farmers, creating value from something that would previously have been discarded as waste. I wore a dress by Laura Strambi made from silver Piñatex to the 2017 Met Gala and it was a real success.”

Firth also cited Frumat, which turns apple waste from the local Italian food industry into a high-quality leather alternative,” and is “perfect for fashion.”

“I love any opportunity to create local supply chains, especially using agricultural and food waste — something that could become more important considering the global challenges we’re experiencing,” she concluded.

Hannes Parth, who founded Frumat in 2008, said at first he worked with remnants of grapes, cranberries, carrots and sugar cane. When he realized he needed to focus on one ingredient alone to avoid dispersing energies, his attention turned to apples, since he was based in Bolzano, Alto Adige or South Tyrol, which is the single largest apple growing region in Europe. In addition, the fruit is “the only one that is seasonless, growing year-round,” said Parth. From an early use in paper, books and notepads in 2015 and then in upholstery the following year, the trademarked Appleskin, originally under the now-dismissed moniker Pellemela, has also been employed in shoes, leather goods and ready-to-wear.

Parth still remembers how moving it was for him to walk on the stage of the La Scala theater in Milan in September 2018 when Frumat received the Techonology and Innovation prize at the Green Carpet Fashion Awards. The recognition further triggered interest from the fashion industry, he said, ticking off the likes of Kering, Adidas and Zalando. New products with Tommy Hilfiger and Chloé will be launched this year, said Parth. Appleskin has also been employed in interior design, such as in a sofa by Cassina designed by Philippe Starck, or in collaboration with Patricia Urquiola. 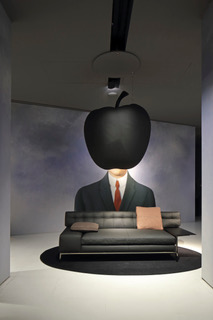 A Cassina by Philippe Starck sofa in Appleskin.  courtesy image

Parth takes pride in producing only in Italy and using “waste that would end up in landfills. We close the cycle of the apple, we don’t extract anything and we replace the parts of polyurethane that would be used in synthetic leather. We have zero impact and the leather is durable. We have worked on it for 10 years and it can now be used for industrial purposes.”

A Life Cycle Assessment certified that by using agro-industrial by-products and green energy, greenhouse gas emissions are reduced by 20 to 25 percent. Regarding Appleskin’s production process, Frumat uses a recovery tower for the water used so it can be reused and there are no water leaks in soil or rivers.

“At the end of 2016, Interpoma, an international Apple Fair in Bolzano, asked us to organize an event during the fair. So in collaboration with a young designer, Matea Benedetti, we organized the ‘Red Delicious Night’ showing a small collection of women’s and men’s [pieces],” said Parth. This was the first step in fashion. Frumat can print on Appleskin, emboss and laser-cut it. In 2018, the company was part of the Plug & Play Fashion for Good program in Amsterdam and invited to be part of the Copenhagen Fashion Summit.

From apple orchards to vineyards, Vegea Srl has developed “an innovative material characterized by the high content of vegetable and recycled raw materials such as wastes from the wine-making grape skins and seeds, vegetable oils and natural fibers from agriculture,” said architect Gianpiero Tessitore, who cofounded the company with industrial chemist Francesco Merlino. “I worked for years on interior design projects and I faced the problem of not finding a valid alternative in the market to upholstery materials with animal origin or totally synthetic,” said Tessitore, who started his research activities in 2016 and after three years with Merlino succeeded in industrializing the production process through company investments, but also thanks to economic grants from awards such as the Global Change Awards in 2017, held by the H&M Foundation. 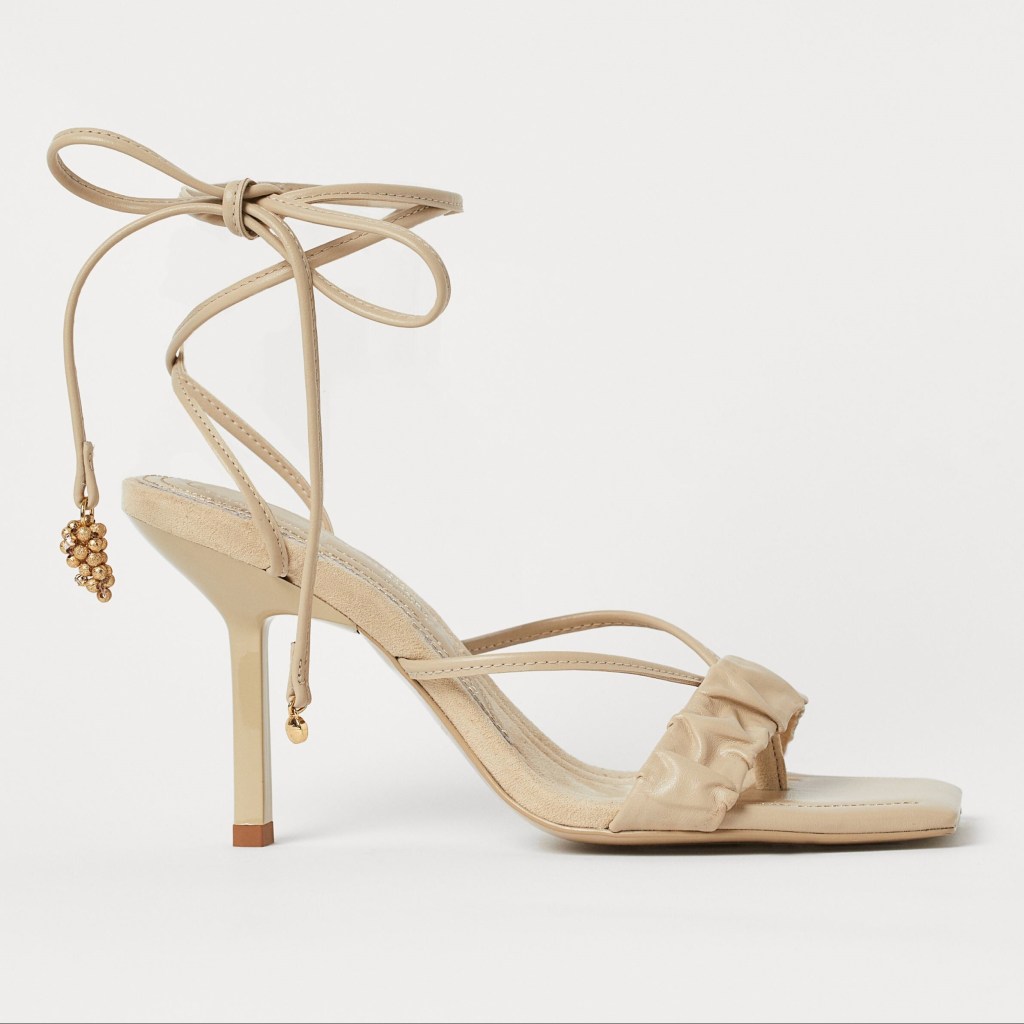 Vegea derives from the combination of vegan and gea (mother earth) to identify a generation of alternative materials to those produced using petroleum and animal origins. It is all produced in Italy.

“We started collaborations with many Italian and international brands. In particular, last February the H&M group realized bags and shoes produced in Vegea for its line Conscious Exclusive,” said Tessitore. The company has also collaborated with Bentley, which produced a car to mark its 100th anniversary, the EXP 100 GT, awarded the best concept car in 2019, with interiors in Vegea.

Maurizio Montalti, founding partner of Mogu Srl and director of Design and R&D, works with microbial systems as an alternative to synthetics. In a phone interview from Amsterdam, Montalti explained how the project evolved from a laboratory experiment to a company that works at pre-industrial level with 100 percent natural fibers (the microscopic mycelium cells) “in a virtuous context of circular economy,” with the goal to “valorise the resources deriving from the agro-industrial sector towards high-value products with a real positive impact” on the manufacturing industry.

Mogu is based in Italy’s Inarzo town, near Varese, and it currently focuses on interior design products, creating for example acoustics modular panels. “The technological platform can change depending on the input and variables,” said Montalti. “New materials and products derive from the combination of residual organic fibers and fungal mycelium. Nature is the best architect of all. Mogu was founded on the belief that it is possible to employ Nature’s intelligence to radically disrupt the design of everyday products, seeking a finer balance between the man-made and the rhythms of the natural ecosystem. Our cutting-edge technology is based on mycelium, the complex network of filamentous cells constituting the vegetative stage of mushrooms. We produce materials by growing mycelium on pre-engineered, low-value substrates, coming from different industries, such as the agro-industrial value chains,” said chief executive officer and cofounder Stefano Babbini. “Fungal mycelium acts as reinforcement to the matrix structure, creating a 100 percent plastic-free and coherent material composite. At the end of the production process, mycelium materials are made inert by slow-drying, for reduced energy consumption. The resulting products are completely stable, safe and durable — and biodegradable.” 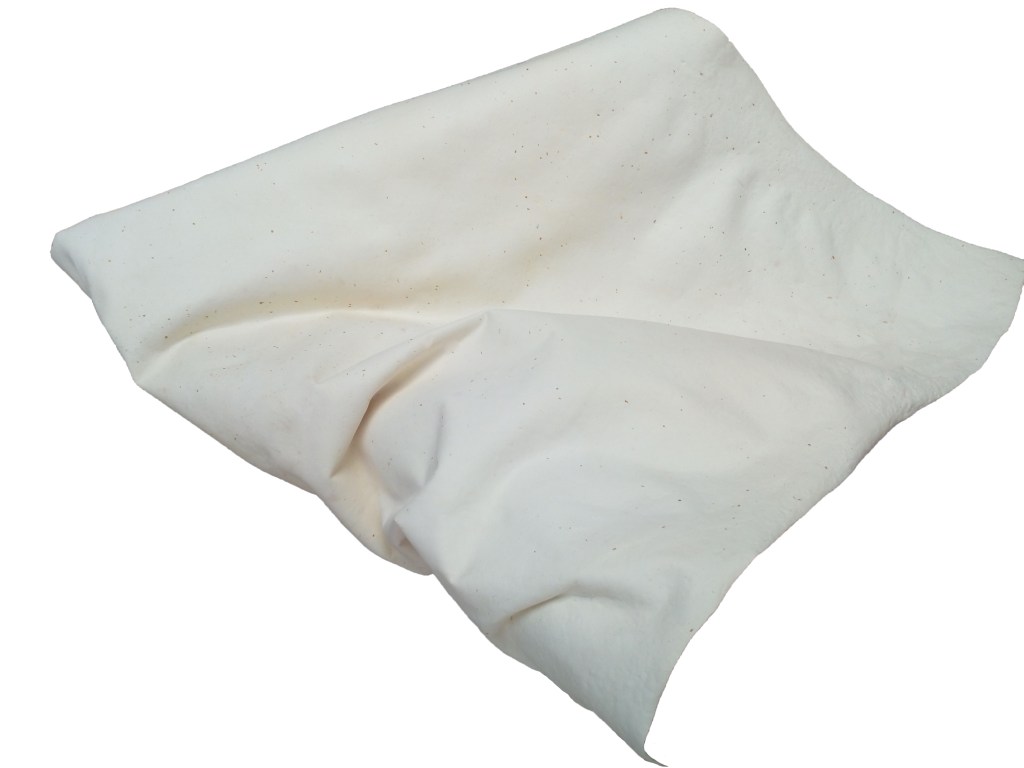 Montalti said the company has been actively working on the development of “new composite products” with remarkable specifications, and also of prototype products dedicated for instance to the the fashion industry, for potential entry in the sector next year. “We’ve seen an exponential growth in interest from large fashion groups, including luxury groups and fashion brands ,” he said. “At this moment, there are not many companies with industrial capabilities working on mycelium leather at a global level.”

Montalti noted that “it is not sufficient to develop” this kind of leather as a raw product, as “it must work with determined specifications and beyond any sensationalism. I don’t think animal leather will ever disappear, but it’s very important to  identify alternatives to it that are not synthetic.” Of course, Montalti is also moved by ethical reasons and empathy toward animals, but he is also very much aware of the benefits the technology brings. “You breed animals for three years, with dramatic CO2 emissions, enormous resources consumption (…), while our process lasts around two weeks. It’s not possible to modify a cow, but it is possible to grow fungi for developing targeted properties or to grow already in shape.. Around only 30 percent of a cow hide is usually considered suitable to be used [for products]. And our transformation steps of course do not involve chromium or other dangerous heavy metals.”

Candiani, who is credited with creating the first biodegradable stretch denim, called Coreva Stretch Technology, was conceived using plant-based yarns. Organic cotton is wrapped around a natural rubber core, resulting in a fabric that is free from plastics and micro-plastics.

In addition to using smart-dyeing techniques that reduce the consumption of water, energy and chemicals used in the dyeing and laundry processes, Candiani employs Kitotex Vegetal, a registered trademark owned by Canepa, which is a patented biodegradable ingredient derived from mushrooms and seaweed that is used as a replacement for sizing agents, starch, fixation agents and polyvinyl alcohol.

It may not hang from a tree or grow under one, but marble is as natural as it gets and Fili Pari has developed a special membrane made from Italian marble and in September inked a license with storied producer Limonta to develop a line of fabrics presented at Première Vision in February. “The coronavirus crisis has put everything on hold, but the reception at the trade show was very good,” said Francesca Pievani, cofounder of Fili Pari with Alice Zantedeschi. The development of the company stems from a thesis delivered at Milan’s Politecnico back in 2014, explained Pievani. The goal, she continued, is “to connect the Italian territory with the world of textiles. Marble is a symbol of Italy in the world. Why not use it? From a material that is considered cold, heavy and static, the fabrics are soft, light and comfortable.”

Pievani and Zantedeschi’s love of their country is contributing to finding a new alternative solution to the thousands of tons of marble waste put in landfills. The final product is called Marm More, a patented microfilm with real marble stone. Marmor in latin means marble.

Waterproof, breathable and windproof, Marm More is a coating on fabric that uses the stone features to give natural colors and high abrasion resistance, and uses fluorine-free materials. 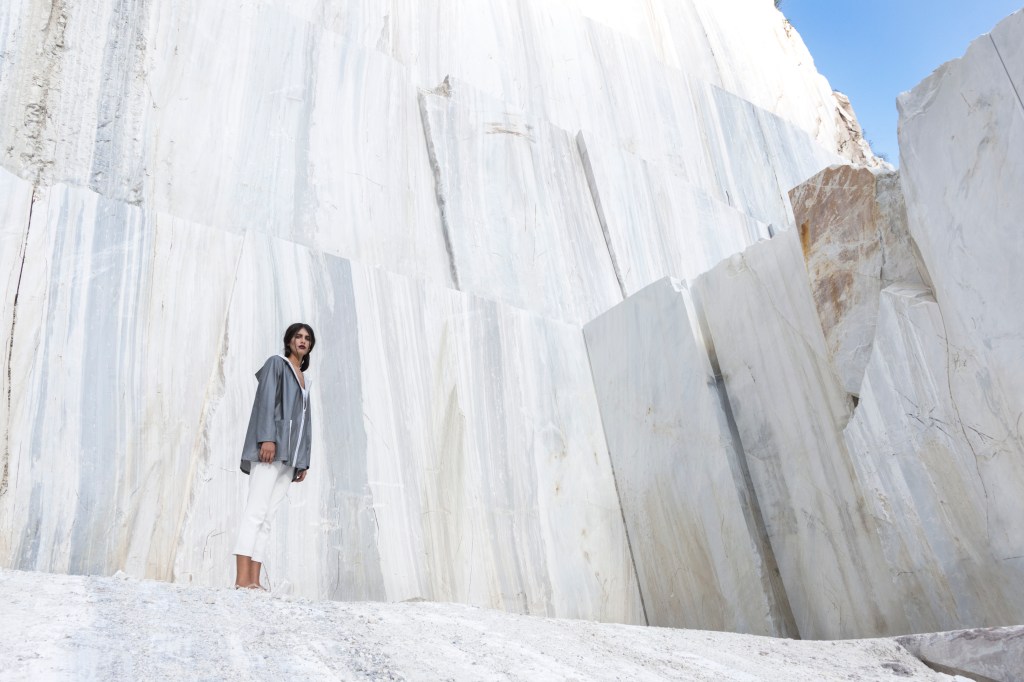 A look by Fili Pari and Limonta.  courtesy image