As Europe Moves Closer to Total PFC Ban, U.S. Brands Will Be Forced to Detox

The EU is considering a complete ban on certain chemicals, commonly used in apparel and cosmetics. Some brands will have to make serious supply chain and sourcing changes, as a result.

A Greenpeace protest in Milan in 2016, against North Face's use of hazardous chemicals.

At the end of last year, several European nations suggested a comprehensive ban on a group of chemicals known as perfluorinated substances. Their suggestions could become official policy, as soon as 2025, with the aim of phasing these chemicals out altogether by 2030.

The chemicals, widely known as PFCs but now more precisely described as PFASs, are standard technology used in waterproof and stain-resistant clothing and textiles, as well as in cosmetics, where they help creams penetrate skin and make makeup weather resistant. “If these policy suggestions are followed up on, then it will have a massive impact — especially in the industry,” confirmed Olaf Wirth, a consultant and chemicals specialist at Ökopol, the Institute for Environmental Strategies, in Hamburg.

Some fashion brands saw the writing on the wall five or six years ago and have already taken measures to remove PFASs, said Manfred Santen, a chemist at Greenpeace in Germany; the environmental advocacy organization has been highlighting the danger of toxic chemicals in fashion manufacturing since 2011 and big names like Hennes & Mauritz, Inditex, the owners of Zara, Adidas and dozens of others have all voluntarily worked toward removing PFASs from their supply chains. Some beauty companies, including cosmetics giant L’Oréal, have also committed to phasing out PFASs. “For them, it won’t be a problem, they’re prepared,” Santen told WWD.

“Some of the textiles associations have been active in the recent past,” agreed Johanna Peltola-Thies, a senior scientific officer at ECHA, the European Chemicals Agency, which implements legislation in this area. “At least some of the branch is prepared. But not all of the companies are.” 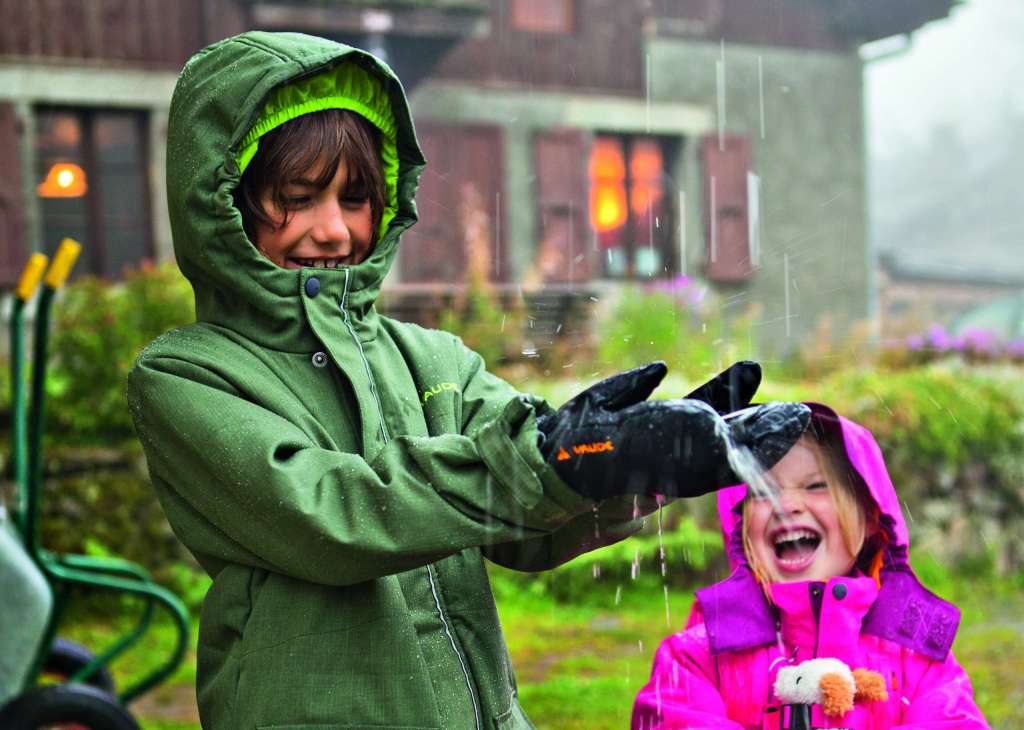 German outdoor brand, Vaude, has worked on eliminating PFASs from its range since 2015.  Courtesy

There are some major brands — including outerwear companies like the U.S.-based Columbia, Patagonia and North Face, as well as Switzerland’s Mammut, and a number of luxury and premium brands — who still use PFASs. It’s still hard to make a high-tech jacket without them. And should this ban be accepted by the European Union, “they will have to increase their efforts,” Santen warned.

“They would have to find alternatives,” Wirth explained. It will cost time and money but he believes brands producing expensive outdoor gear won’t have a problem selling pricy PFAS-free jackets for 20 euros or so more. The main impact would be decreased efficacy; non-PFAS membranes tend not to be as waterproof. That might be OK for an urban rainstorm but not so pleasant in extreme conditions, on a yacht or up a mountain, Wirth said.

He is more worried about lower-priced, mass-market brands who might have difficulty finding cost-effective alternatives and ensuring PFAS-free supply chains in Asian factories. Given the target market, they could also find it problematic to put prices up, even a little.

Santen offers a different opinion on this. Greenpeace has held talks with multinational supermarket chains, like Aldi and Lidl, who make budget clothing and found that in some cases, they didn’t mind swapping out PFASs-related textiles. “They very quickly took the PFASs out of their raincoats, and found alternatives for water repellents,” Santen explained. And they could do this so easily, he said, because most of the rain gear was for children, who obviously don’t need the same level of protection as mountaineers.

Up until now, European governments had encouraged brands to “detox” voluntarily or tried to ban PFASs on a case-by-case basis. But there are too many substances — experts don’t know exactly how many but likely around 4,700 — to check in detail, and some are used in such low volumes, they are not even subject to EU rules. This is why several EU governments have suggested a more comprehensive ban of the whole class of chemicals.

The suggestion came last December in the form of a document known as “Elements for an EU-strategy for PFASs” and was first mooted by the Norwegian government. The document was then sent to the European Commission by environmental ministers of Denmark, Luxembourg, Norway and Sweden, along with letters of support from Austria, Germany, Finland and Italy.

This is significant, Wirth pointed out, because if enough of the EU’s largest members support the plan, it is likely to become a reality.

If a PFASs ban were to become part of the EU’s REACH (Registration, Evaluation, Authorisation and Restriction of Chemicals) rules, the process would take two to three years to complete, ECHA’s Peltola-Thies explained. After an adjustment period, to allow manufacturers to conform, imports would begin to be checked by enforcement agencies in Europe and at EU borders by customs, to see if they contain the banned chemicals, she told WWD.

Textile industry associations have protested the plan, with groups like Brussels-based lobby group, the European Apparel and Textile Confederation, arguing that for certain specialized and technical textiles, there are no real alternatives to PFASs. They’ve asked that officials exempt some PFASs. 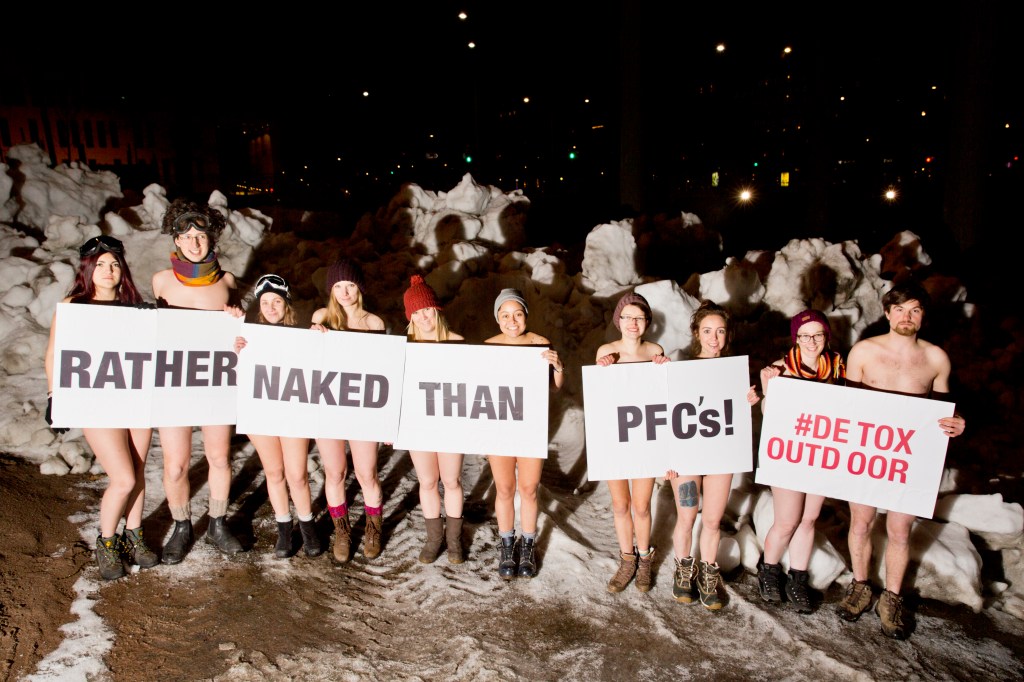 It’s almost certain that consumer products will not be exempted. “Essential uses must be clarified,” the EU draft plan said. “Only uses necessary for health and safety, or critical for the functioning of society, should be allowed. Uses [in textiles and cosmetics] could therefore be…a first priority for a restriction.”

Over the past few decades, PFASs have increasingly been seen in a negative light. The substances, which are almost indestructible, build up in the environment, in water supplies and in humans and animals. This effect, called bio-accumulation, is thought to be responsible for many health issues, including liver damage, cancers, birth defects and immune system problems. In 2015, 200 scientists from 38 countries signed what is known as the Madrid Statement, in which they stated unequivocally that PFASs were dangerous.

Last year, several U.S. states filed lawsuits against chemicals companies, including DuPont and 3M, manufacturing PFASs and the U.S. Environmental Protection Agency has also issued warnings about PFASs. In general though, Europe is further ahead on legislating against them, and already has some of the world’s strictest rules about toxic chemicals.