While controversy flared on the Internet on Monday as Western fashion brands ran afoul of China’s territorial claims, the Communist country’s top magazines declared their preference for homegrown beauty.

The Chinese editions of Vogue, Harper’s Bazaar, Elle, Marie Claire, Cosmopolitan and L’Officiel all put Chinese faces on their September issues, the most important month of the year.

The magazine, published by Trends Media via a licensing deal with Hearst, put top models Zhang, Ai Tominaga and Bomi Youn from China, Japan and South Korea, respectively, on the cover of its September issue, with 300-plus pages of fashion editorial celebrating Asian beauty.

“Our Chinese readers understand and appreciate them. They are considered classical looking, but you can see they can too effortlessly pull off any fashion trends. That’s what matters,” Wei said. 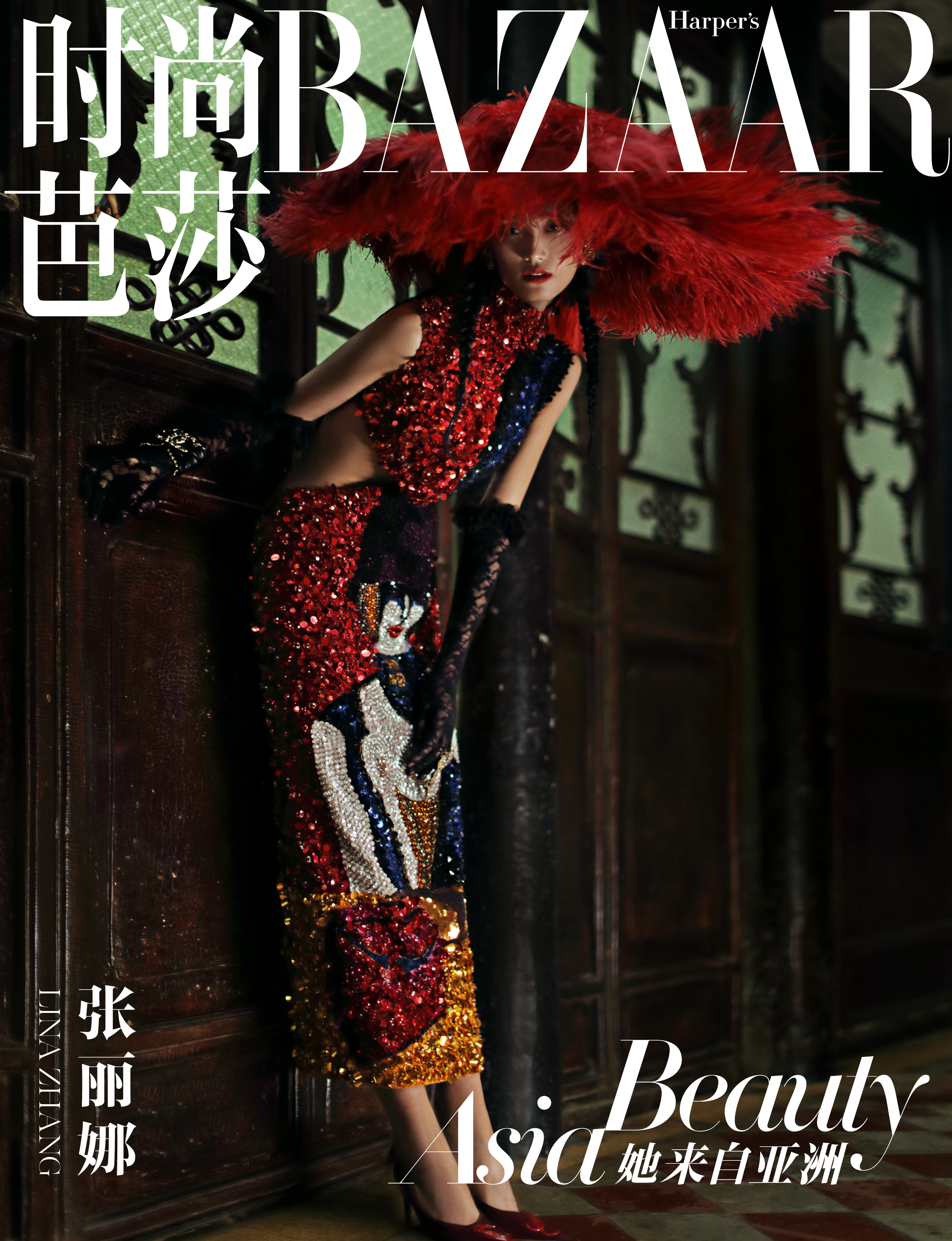 At the same time, a resurgence of appreciation of the classical beauty and a booming creative industry helps to restore the confidence in the way every Chinese woman looks.

“I think there is great beauty in China from the past 40 years, but it’s often ignored in terms of aesthetic importance,” Leslie Zhang, a promising fashion photographer told WWD earlier. His generation is collectively pushing the status quo, challenging the Western idea of beauty and setting its own rules.

Elle China chose Shu Qi to front the cover.  “She is not only fashionable, beautiful but also have the female spirit that Elle respects: confident, brave, independent and full of love,” said Xiao Xue, editor in chief and chief executive officer of the magazine, adding that more than 70 percent of Elle China’s September issue cover stars in the past ten years were Chinese.

“We also choose international faces, but for September, which is the most important month in fashion, we insisted on using Chinese photographers and Chinese local fashion teams. The purpose of this is to produce a cover that meets the aesthetic standards of Chinese readers,” Xue said. 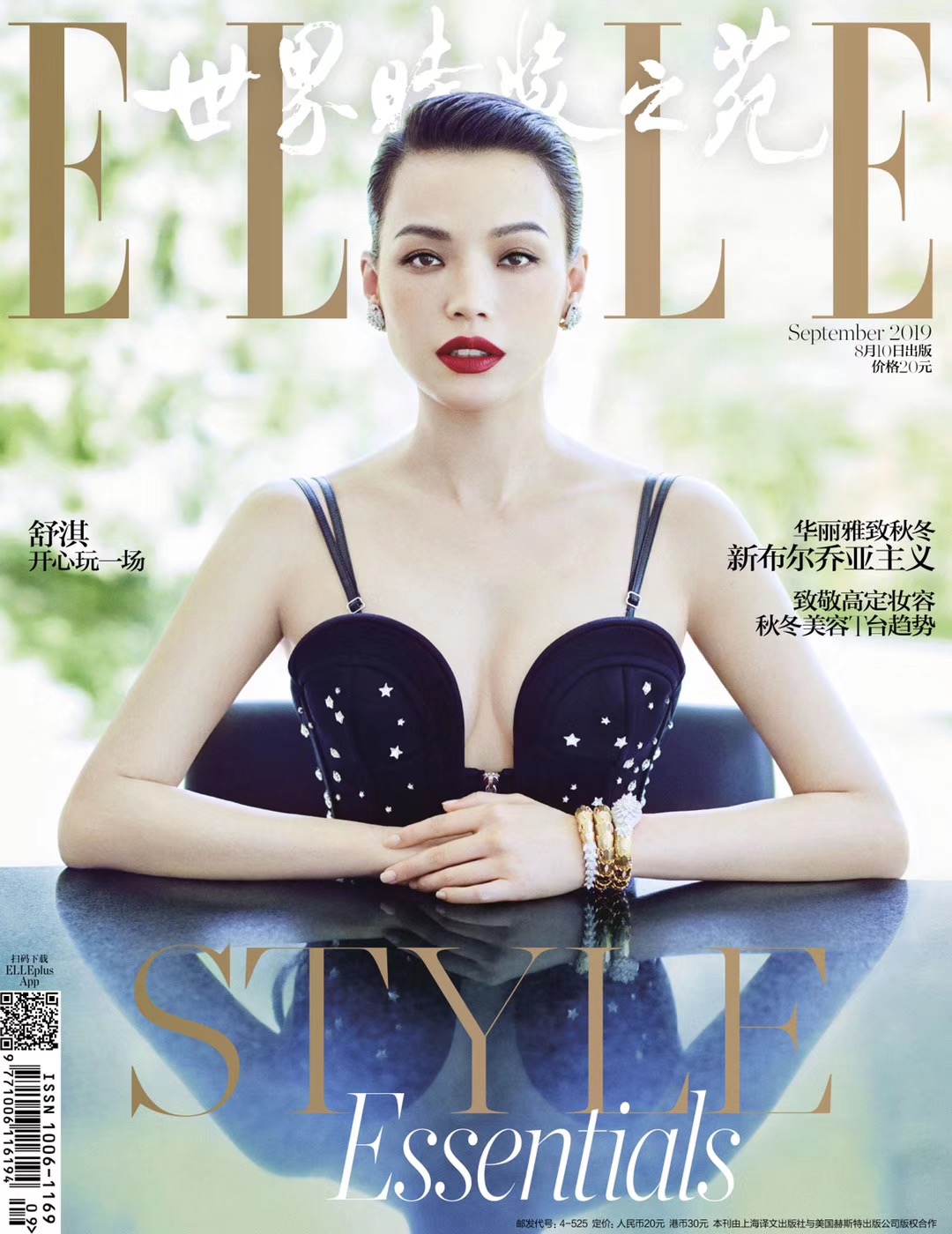 “I believe that in the next decade, the attitudes and aesthetic orientation of Chinese young people will lead more and more international brands to pivot towards China,” she said. “The new generation of Chinese readers have their own attitudes and opinions, and no longer blindly follow a certain trend. Instead, they are creating trends. Ceo or designer of every international brand I have met almost always asked me: ‘What do Chinese young people care about and how to impress them?'”

Marie Claire China scored Gong Li for its September cover and gave her a tougher sporty look. Mix Wei, its deputy editorial director, said the actress is recognized in the East and the West, and she embodies Marie Claire’s key belief — female empowerment — perfectly.

Wei said the magazine has been a supporter of Chinese faces for a long time. Liu Wen was discovered by Marie Claire China when she was a fit model for the publication.

“From this year, every brand feels like they have to use Chinese faces. It’s a clever approach because consumers associate more closely with people they are more familiar with and look similar to,” he added.

Angelica Cheung, Vogue China’s editorial director for the past 15 years, picked Du Juan and Sui He to appear on its September issue covers with Natalia Vodianova. 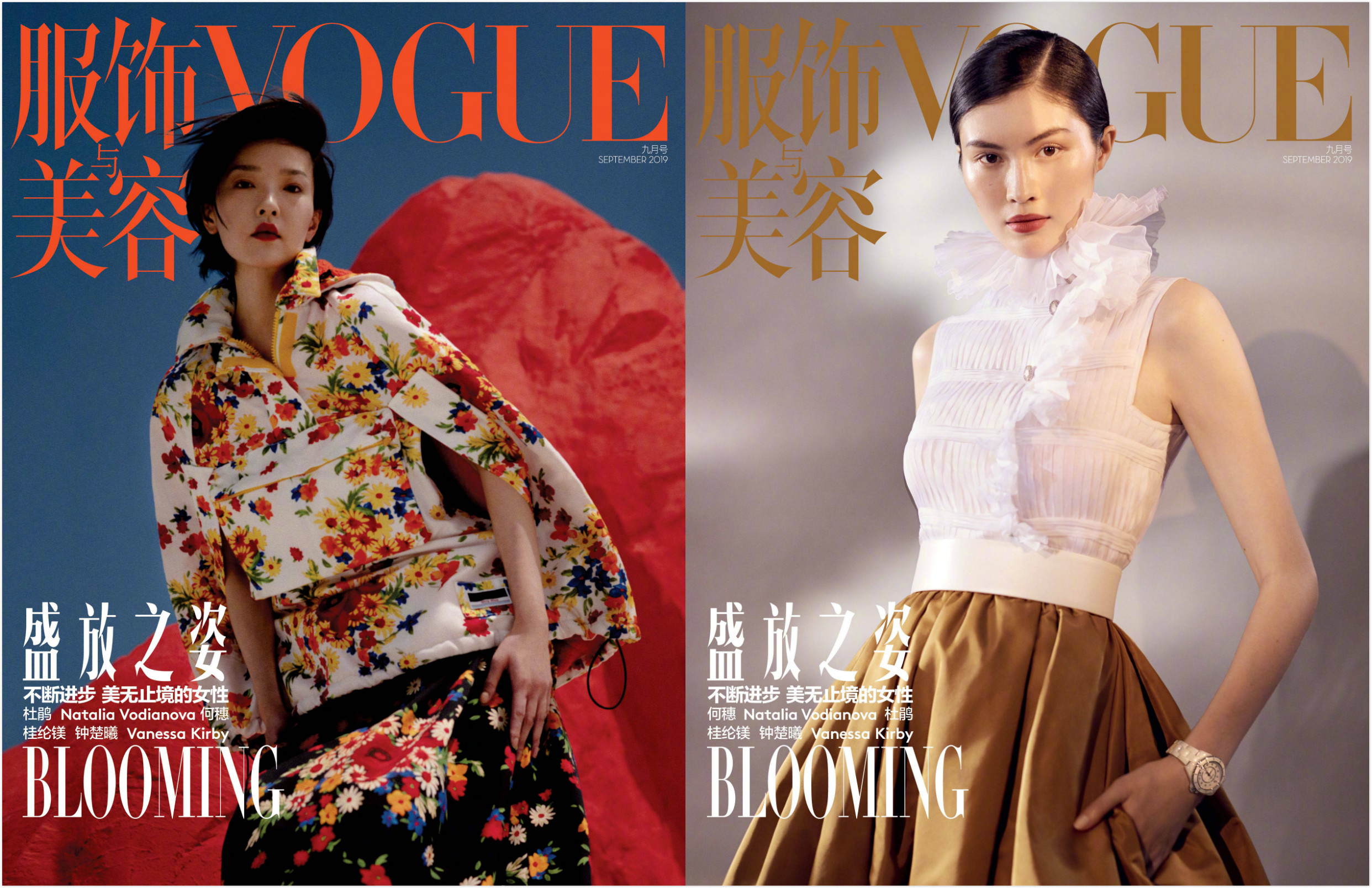 Du Juan and He Sui on the cover of Harper’s Bazaar China’s September issue.  Courtesy Photo

At the same time, the magazine started a social media campaign “the beauty of Chinese models” on Weibo. All the Chinese models that appeared on the cover and in major fashion shoots shared their memories with the Condé Nast title. The campaign went viral on Weibo and amassed 570 million impressions within a couple of days.

“Vogue China is a bridge between East and West, and I see the models as an ambassador of China to the world. Vogue China has been putting Chinese faces on the cover since our launch issue and we have been promoting them to international brands, especially in the earlier years when they were unknown to many international designers,” Cheung said.

“We never really count how many Chinese girls we have shot over the years. It wasn’t until one of our followers on Weibo did a calculation when we realized that we have 48 covers starring Chinese models, all shot by legendary photographers. We will continue to do our best to promote and support Chinese models,” she added.

On understanding China, Cheung believes China and the rest of the world need to keep the two-way communication open. “I can understand that not everyone from everywhere can know about all cultures, but when 30 percent, 40 percent or even 50 percent of your business comes from China, you need to listen to your customers and respect what is important to them,” she said.