Aspesi Wants Its Slice of China

The Italian brand, which is expanding its retail presence in Europe, will debut an online store on Tmall in September.

The company has teamed with Farfetch’s digital and tech company Curiosity China to make its debut on WeChat and Weibo, while an official store is expected to bow on Tmall in September.

“This is a real debut in China, where we have no retail presence,” explained Aspesi chief executive officer Simona Clemenza. “But, since some online wholesale partners had very positive results selling our collections, we wanted to directly approach the market, focusing on digital.”

As the CEO highlighted, through WeChat and Weibo, Aspesi aims to boost its brand awareness, paving the way for the launch of the online store on Tmall. “We are debuting digitally, but when the market is ready, we aim to open some physical points of sale,” said Clemenza, who expects China to account for 20 percent of the brand’s business in five years.

While Italy is still the company’s biggest market, Northern Europe, Germany and Switzerland are performing very well in terms of online sales, which in 2020 increased 30 percent compared to the previous year. In order to capitalize on that, Aspesi, whose digital business accounts for 10 percent of total revenues, decided to revamp its online shop, bringing its management in-house. “It has been an incredible effort for the company, but we think that it’s so important for us to directly operate our online business, which has great potential for growth,” said Clemenza, who added that the e-commerce site will feature innovative tools, including the chance to pay with Bitcoins, and will be central in the development of an omnichannel strategy to include the brand’s 15 physical shops.

In March 2020, Aspesi kicked off an ambitious retail expansion plan, which included the opening of a 2,153-square-foot flagship in Tokyo’s luxury Aoyama district, the inauguration of a concession at the Rinascente department store in Milan, where the label also operates a flagship in the heart of the Golden Triangle luxury shopping district, as well as the debut of a boutique on the island of Capri and of space inside Madrid’s department store El Corte Inglés.

The plan continued with the relocation last month of the Madrid flagship, which was moved to luxury shopping avenue Calle Lagasca. “We are registering very positive results there, although the moment is very complicated,” said Clemenza. “The fact that we moved to the city’s most prestigious shopping area and we are surrounded by the most important luxury brands seems to be a winning choice for the brand.” 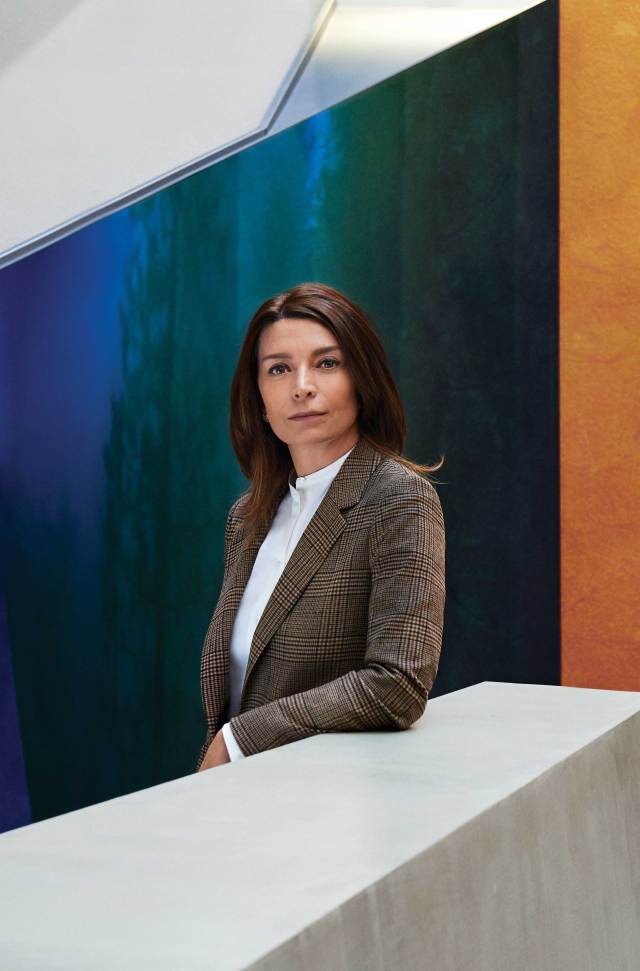 At the same time, Aspesi is expanding its retail footprint in Italy with the opening of a flagship in Verona, and in France with a franchised shop in Saint-Tropez.

The wholesale channel continues to contribute to the lion’s share of Aspesi’s total business, accounting for 60 percent of its turnover. “This is going to be such a key year for our wholesale business, since beginning in June we will present our clients the first collections designed by creative director Lawrence Steele,” said Clemenza.

In November, Steele, who worked as a design consultant for Aspesi for 13 years, from 2004 to 2017, was named creative director, a new role for the brand. The designer joined Aspesi from Marni, where he worked as associate creative director supporting Francesco Risso.

“We are so excited to have Lawrence on board. From what I’ve started to see, I believe he is interpreting Aspesi’s understated, effortless elegance at best,” said Clemenza. “I think that it was finally time for the brand to give voice to a creative director who can set a direction and communicate it at many levels.”

According to Clemenza, Steele who is American, will also help boost the international visibility of the label. Aspesi, for example, has recently signed with a high-end distributor to expand its wholesale business in North America.

Aspesi, which is controlled by investment fund Armonia Sgr, closed 2019 with revenues of 46 million euros, up 10 percent over the two-year period 2017 to 2019. Figures for the 2020 fiscal year are not available yet, according to Clemenza.