It marks a major moment for the brand, ceo Daniela Riccardi said, but its biggest challenge in China is keeping up with the fast market pace.

A table setting with chandeliers in the Baccarat Shanghai exhibition.

SHANGHAI — A new Baccarat exhibition, entailing 400 pieces never shown before outside France, made its debut here on Tuesday at the Heng Fu Art Center. Ongoing until Feb. 8, the French crystal brand is putting on a show about its 255 years of heritage, joining luxury peers Tiffany & Co., Cartier, Bulgari and others that are utilizing exhibitions as a way to raise brand profile in the country and tap into the market’s growing premium tastes.

Set within a restored Twenties mansion where the brand keeps a permanent flagship, the exhibition was arranged to appear as if viewers had entered a private collector’s home. It includes pieces transported from the permanent private collection at the Maison Baccarat Museum in Paris such as the “Candelabrum of the Tsar” and other historic items in the brand’s heritage such as “The Boat and Table,” “Vessel of the Desert” and “The Poppy Vase.”

The exhibition traces the house’s connection to European royal courts to Hollywood figures, while yet another section highlights Baccarat’s long-standing collaboration with Guerlain, displaying a rare collection of fragrance bottles Baccarat had created for the beauty brand. 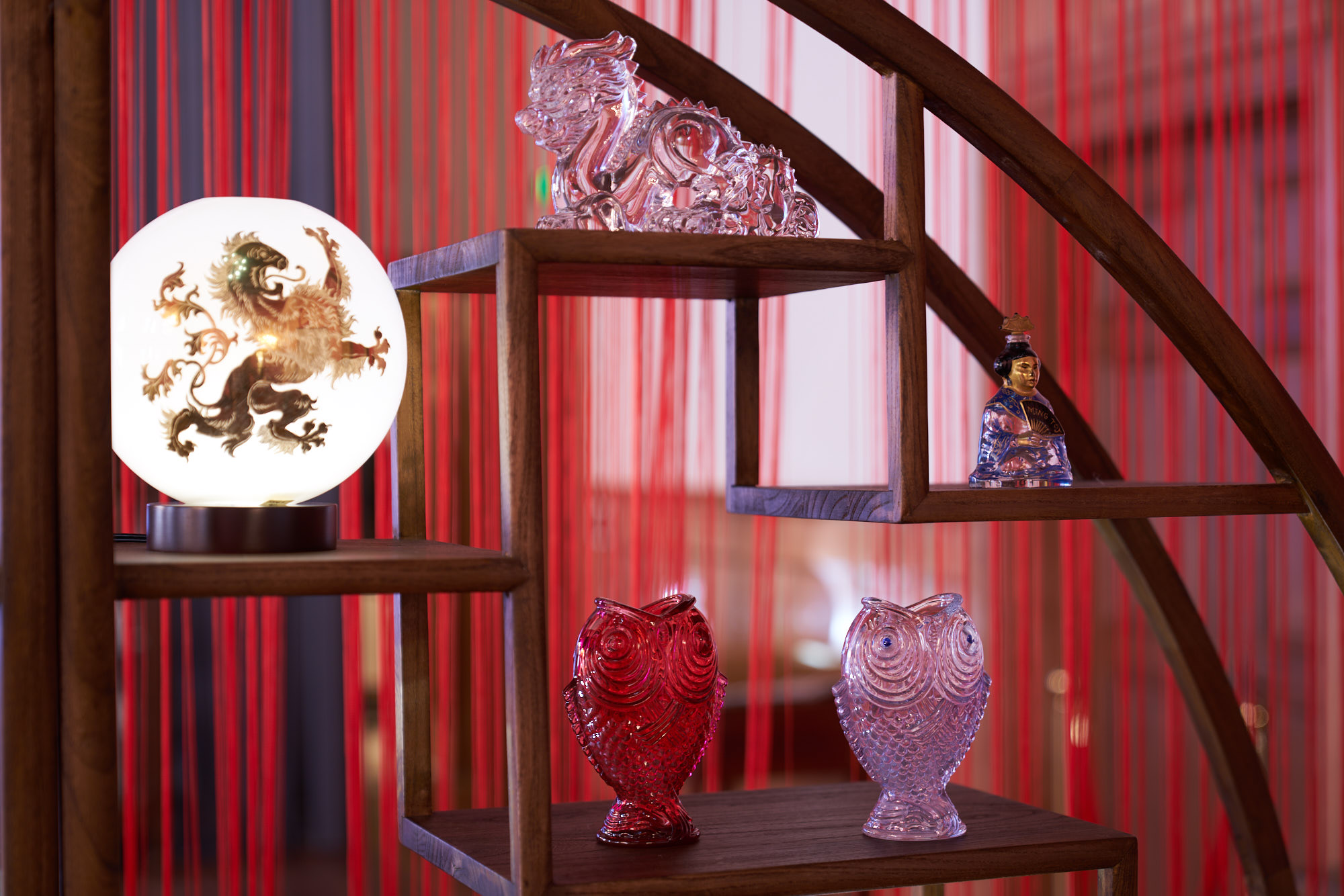 Part of the Baccarat exhibition.  Courtesy

While Baccarat’s biggest market has been Japan for many years — a country that chief executive officer Daniela Riccardi described as only “lightly growing” for the brand — China figures as nearly the exact opposite. The ceo said business in China was “very small” but is the company’s fastest-growing market.

Baccarat operates 63 global points of sales via a mix of boutiques, concessions and department stores. Within greater China, the brand keeps four boutiques in Beijing, two in Shanghai and three in Hong Kong.

“As people [in China] start getting used to good Champagnes, good wines, good whisky, they want the right glasses to go with it,” Riccardi said. Tableware tends to be the entry point and Baccarat’s best-selling category globally. Another common entry point for customers worldwide is buying Baccarat as wedding gifts. While that type of gifting does happen in China, Riccardi observed that the Chinese consumer is slightly more inclined to purchase for themselves.

As it just so happens, Baccarat’s signature red gift box fits nicely with the cultural code in China that views the shade as a lucky color.

“For weddings, they buy a lot of the red flutes,” she said. “We see a lot, I have to say, that they particularly like the red items.” 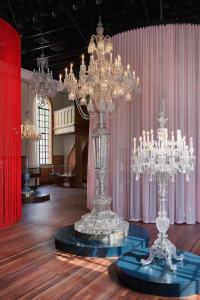 The “Candelabrum of the Tsar,” two pieces that date to 1896 when the Russian tsar Nicholas II and tsarina Alexandra Feodorovna visited Paris — discovering and subsequently commissioning Baccarat.  Courtesy 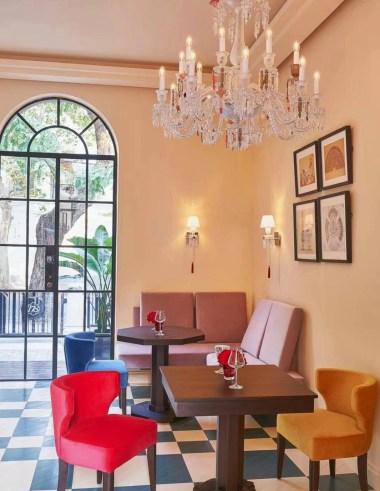 The brand created a bar and cafe housed within the same venue that utilizes Baccarat tableware.  Courtesy

As much as Riccardi hails this exhibition as an achievement for the brand to open up to this market, she said the main challenge to overcome in China was the fast-changing nature of its consumer.

“We need to be here more and we need to understand more and to be fast,” she shared. “Fast also to change, that’s not easy. Normally when you do a store, it takes five years to pay out and be profitable on the investment. But in five years in China, you might be in a completely different place. Not just the store but in different [city] locations. They might be successful for one to two years and then you need to move.”

“Operating that way is not very much in the financial mentality because it’s difficult to make it a good payout,” she continued. “I think we need to learn and find ways to be able to change if the client changes or the needs change and to adapt ourselves without losing a fortune in the process.”