Brands showing at the trade shows during Copenhagen Fashion Week are offering toned down, classic collections. 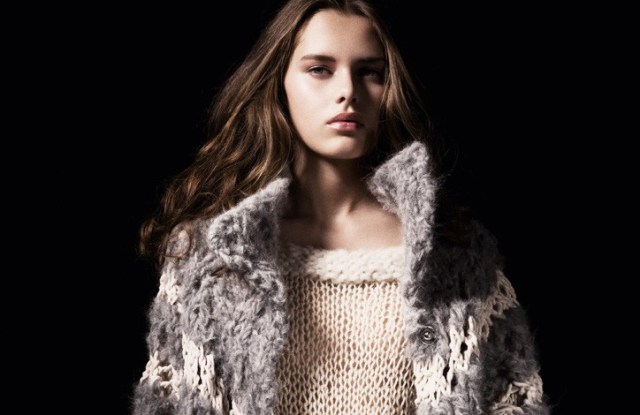 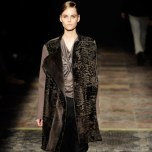 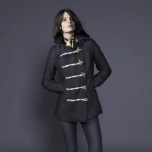 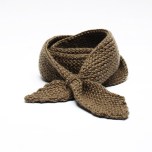 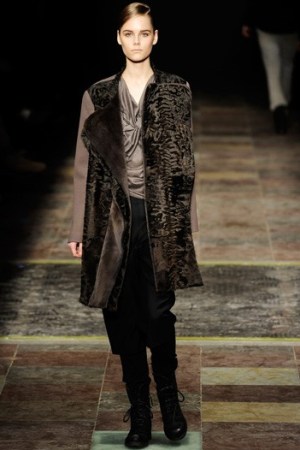 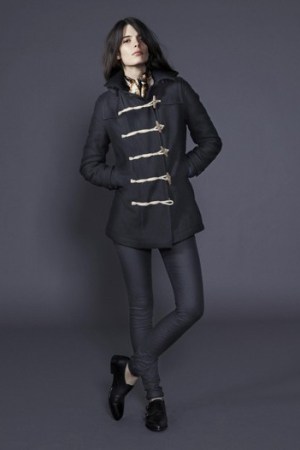 “The party is over. It’s more basic and simple, we’re looking for good solid brands as customers are willing to pay for quality items that last,” said Anja Torjusen, a buyer for Moshi Moshi, which has three stores in Denmark. Torjusen lauded Surface to Air’s collection and the sailor jackets by American label Fidelity.

“It’s about being honest and connecting with real women,” agreed Sam Jones, fashion director of Style Passport, a soon-to-be-launched British online store specializing in beauty and fashion items for stylish vacations. So far, around 50 labels, such as Anya Hindmarch and J Brand, will be stocked by the site, which is due to go live on March 8.

Jones admired the traditional Nordic knits and long crocheted cardigans by Gudrun & Gudrun, which is based in the Faroe Islands. “They’re so original, everything is handmade and there is so much attention to detail — their stuff would be perfect for a weekend getaway, a ski trip, or just for relaxing in at the weekend,” she said.

Having a “Black Swan” moment at CPH Vision, Danish clothing brand Munderingskompagniet launched its innerwear collaboration with the Royal Danish Ballet, comprising five Lycra spandex and cotton styles. Retail prices go from 30 euros for panties to 70 euros for leggings, or about $40 to $95 at current exchange.

“We think ballet dancers are the new models as they represent a healthy lifestyle,” said Stine Busk, owner and designer of Munderingskompagniet, who plans to develop the range to encompass jogging apparel. Busk also hopes to seal a hook-up between the ballet company and California-based clothing label California Christiania Republic, which made a custom jumpsuit for Willow Smith for her “Whip My Hair” video, and has dressed the likes of Lady Gaga and Sean “Diddy” Combs. Busk is a distributor for California Christiania Republic.

At the contemporary fashion-oriented Terminal-2 trade fair, R.ds introduced a line of scarves, pants and jackets crafted from dead-stock fabrics from luxury Italian labels, such as Prada and Jil Sander. Prices range from 95 euros ($130) for a cotton scarf to 200 euros ($270)for cashmere pants.

Denim brands at the show cited a surge in demand for classic women’s jeans in Scandinavia, following the recent mania for dresses and jeggings.

“Girls now want to wear something that feels like a real pair of jeans in dry, raw washes,” said Axel Wallman, sales agent for Sweden and Denmark for Nudie Jeans. Levi’s has also seen strong growth in women’s jeans in the region, close to doubling sales in Norway, for instance. Nicolaj Tolstrup, sales manager in Denmark and Norway for Levi’s, Benelux and Nordics, credited the brand’s Curve ID line, which offers jeans suited to three different body types, saying the line has “helped drive demand for women’s denim.”

“Denim continues and we see a lot of sweatpants. The idea is to under dress the bottom and over dress the top,” said Jan Jensen, manager of Kul & Koks, a 3,000 square-foot multibrand store based in Kolding, Denmark. Jensen liked the quilted hunting jacket and sweatshirt-style jumpers in pure wool by Norse Projects. “They also had nice colors, such as mustard, not just black.”

Showing at Gallery, Sweden’s J.Lindeberg presented a handful of looks from its resurrected women’s apparel line, which was phased out around four years ago prior to its acquisition by investment firm Proventus and Stefan Engstrom, the brand’s current global brand director. For the current fall-winter season, the line was limited to the Scandinavian market. Other markets are due to be added for spring 2012.

Finland’s Marimekko, which turns 60 this year, introduced a sober black leather version of its iconic Olkalaukku bag, which was first produced 40 years ago. The house will stage an anniversary fashion show this May in Helsinki, and the city’s Design Museum is set to stage a Marimekko retrospective from March 18 to May 29, titled: “Marimekko — A Whole Life, 60 Years of Colours, Stripes and Shapes.”

The brand, which collaborated on a footwear line with Converse for the current season, also plans to reopen its refurbished Helsinki flagship this month.

Some brands were involved with causes. Swedish casual wear brand Hope will donate a percentage of proceeds from a new line of down jackets to a Swedish charity for the homeless, Stadsmissionen.

Accessories designer Yvonne Koné, meanwhile, introduced small leather goods and a range of knitted accessories made by refugees based in Denmark. Items included turbans, tube scarves and hand warmers. Koné said she next plans to add leather gloves and sandals.

Elsewhere in the city, at an eclectic fur-filled runway event, Anne Valérie Hash, Gaspard Yurkievich and On Aura Tout Vu’s Yassen Samouilov and Livia Stoianova figured among a group of international designers partaking in Kopenhagen Studio’s opening show here on Feb. 2, at the City Hall.

Kopenhagen Studio is the creative research center for Kopenhagen Fur, the world’s largest fur auction house. Hash, who chose to work with shaved mink and Swakara for her designs, said she wanted to keep things young spirited by combining plush pelts with masculine cuts and wool.

“We think there’s a gap in the market in Scandinavia for casual items that are functional and easy,” said Wiesneck.

Norse Projects on Feb. 4 held an in-store party for the launch of a capsule line with local DJ Anders Trentemøller, which included a black, tone-on-tone lumberjack shirt, and a black raincoat.