The author sees ethical services and products as having a competitive edge.

An image from an Amazon.com fulfillment and delivery center.

Ever since Nike came under fire for using sweatshop and child labor in its factories in the Nineties, the demand for accountability from companies around their supply chains has steadily grown. Whether it’s revelations of Apple Inc. using illegal workers at its Foxconn partner factories in China, or fast fashion’s culpability in the horrific 2013 fire and collapse at the Rana Plaza garment factory in Bangladesh, the spotlight has steadily shone brighter on the welfare of workers overseas.

But as we gear up for Black Friday and the busiest shopping season of the year, one of the biggest ethical issues emerging in the retail industry isn’t about workers a world away, but the ones in our own backyard. With complaints of inhumane working conditions, high injury rates and low pay, the fulfillment sector is the latest to face controversy, as warehouse workers in North America and Europe speak out about the true cost of same-day and door-to-door delivery.

As the ceo of an e-commerce agency, this issue hits home. I know convenience is the cornerstone of e-commerce, but I also realize it can come at a heavy toll for the workers who rush to meet that demand. I believe the industry is capable of creating an ethical supply chain that includes the last mile — but there isn’t a simple solution. It’s going to take time and a shared effort between many players to create lasting change.

Monoliths like Amazon have achieved market domination by offering expedited shipping at high volume, inspiring retailers to compete by aiming for ever-shorter delivery times. While it’s easy to blame Amazon Inc. and the like for creating the situation, the fact is this dynamic is a response to a consumer culture that demands convenience, speed and instant gratification.

This isn’t to say consumers are entirely to blame. There is mounting evidence that shoppers would reevaluate whether they really need that shiny new object right away if they were better educated on the human cost of ultra-quick delivery. Earlier this year, a poll of more than 1,000 Americans by CGS found more than two-thirds would be willing to pay more for sustainable products, and recent research shows that 56 percent of Americans would actually stop buying from companies they believe to be unethical. More and more, shoppers are voting with their dollars for, or against, everything from the political affiliations of their favorite brands to the environmental impact of specific products (just look at the recent downfall of plastic straws). 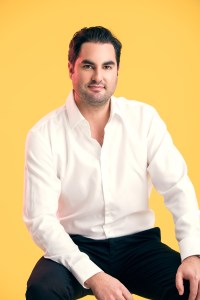 Given the trends, it’s likely some consumers would be willing to wait a little longer, or even pay a little more for purchases if they knew it made life easier for the people tasked with getting them to their doors. This could be something as simple as a button at checkout that reminds people that there are, well, people on the other end of the transaction.

I realize that not everyone is able to pay more for ethical products, and there are times quick delivery is a necessity. But should it be the norm? It’s a question we need to educate consumers to seriously consider.

Despite Amazon’s move to boost wages, improve benefits and create more permanent positions for its American workers, the fact is, warehouse jobs aren’t exactly what most people strive for. It’s demanding work with difficult hours and little opportunity to learn transferable skills.

Automation is an obvious solution — albeit one that introduces a host of other problems. Robots are expected to take over 36 million American jobs in the near future. Last year a warehouse in China equipped with 20 robots began operation, claiming to be the first fully automated e-commerce warehouse in the world. As much promise as this holds for taking physically taxing, boring or unpleasant work off of human shoulders, it also introduces complexities around what to do with the workers who will be replaced by machines.

In North America, Amazon has announced that fully automated warehouses are at least a decade away, but it has already started to prepare workers for that shift by investing $700 million to retrain 100,000 workers for higher-tech positions. It’s a good start, but it only accounts for one-third of their current workforce.

Future-proofing warehouses and other entry-level workers will likely take a much broader effort, including government participation and community groups working together with the companies that have relied on vulnerable communities to make their business models work. It’s a long game that requires investment on multiple fronts because it’s crucial on multiple levels. Helping these workers transition isn’t just about ensuring individual livelihoods, but also enabling a future with a consumer base capable of supporting commerce as we know it.

Embracing Ethics as a Competitive Edge

As more online retailers turn to third-party logistics companies to handle fulfillment and shipping, competition in this space is starting to heat up. (For instance, Canadian e-commerce platform Shopify recently announced their entrance into the fulfillment business.) This has created an opportunity for retailers to demand more accountability from logistics providers.

Just as consumers are placing pressure on retailers to adopt ethical supply chains, retailers have the ability to pass that pressure on. Brands shopping around for logistics providers can demand or request fair treatment of workers as a condition for business. At the same time, logistics providers hoping to compete with players like Amazon can do so by carving out an ethical niche, using fair labor practices as a differentiator in a marketplace dominated by giants.

This isn’t a one-size-fits-all approach, of course. Retailers have varying control over this issue depending on how big they are and how their business is run. But at the very least, they can start asking the tough questions about fulfillment and choose to align themselves with third-party providers who share similar values around ethical supply chains.

We live in an age of radical transparency. As much as this issue might just be coming onto the radar now, there’s no doubt we’ll hear more about ethical concerns as the industry grows. Just as Nike Inc. was forced to address its “sweatshop problem” and brands like Apple, H&M and Walmart Inc. face ongoing scrutiny around their production methods overseas, the focus on fulfillment here at home will only continue. The truth is, addressing this problem means making some big changes – ones that will cost money upfront and require a change in philosophy, industry-wide.

Right now, the standard is getting things quickly and cheaply at the cost of human dignity. Whether that’s an acceptable price to pay for convenience long term is up to us to decide.

Benjamin Crudo (@BENGMN) is the founder and chief executive officer of Diff, a full-service e-commerce agency based in Montreal.