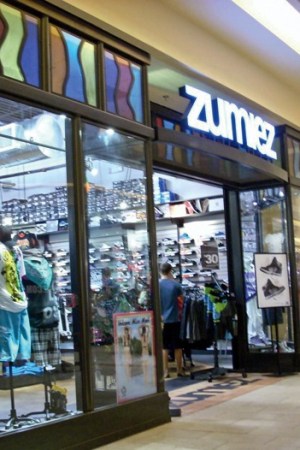 This story first appeared in the October 8, 2010 issue of WWD. Subscribe Today.

It might not be a bountiful holiday, but if September same-store sales are any indication, consumers are likely to splurge on select higher-priced items, as luxury retailers got their groove back and better goods performed well for many mainstream stores.

“The fact that luxury continued to post a strong performance is not surprising given the recent improvement in high-income household consumer confidence,” said Michael Niemira, the International Council of Shopping Centers’ chief economist and director of research. “This is especially encouraging for the economy and the upcoming holiday shopping season because the top 20 percent of households by income account for nearly 40 percent of total consumption.”

“The high-end customer is feeling better,” said Citi’s broadlines analyst Deb Weinswig, who explained that part of the “new abnormal” includes a consumer cutback on basics.

Despite respective gains of 1.3 percent and 3 percent, Target Corp. and Kohl’s Corp. both missed comp estimates, falling prey to this emerging trend, she said.

Weinswig also cited Nordstrom Inc., which posted a 7.5 percent gain. Rather uncharacteristically, the comp result was pulled down by a 0.9 percent decline at its lower-priced Rack chain.

“The stock market is helping the luxury sector,” said David Bassuk, managing director in the Global Retail Practice at AlixPartners. “We are seeing the hourglass effect,” with the high and low ends of retail performing better than the middle.

As demonstrated by back-to-school results, wealthier consumers are shopping earlier in the season, while mainstream shoppers are waiting for last-minute promotions, said Bassuk, who noted consumers of all stripes would be buying less this holiday, but spending more.

A survey of more than 3,000 affluent Americans released Thursday by American Express Publishing Corp. and Harrison Group said that 53 percent are looking to “reduce the number of gifts they buy, and 71 percent are seeking to purchase gifts of enduring and lasting value.”

September comps, which were stronger than expected, marked “the end of a slow back-to-school, not the beginning of a great holiday,” warned Bassuk, who said he anticipates holiday to be flat to slightly negative. “Estimates of flat to up are overly optimistic. Comps will get harder. It’s going to take a lot to beat last year’s comps.”

High unemployment and hefty mortgage payments are still plaguing the consumer. Until such macroeconomic issues improve, holiday sales are likely to remain roughly even with last year, said Laura Gurski, a partner in the retail practice of global management consulting firm A.T. Kearney.

“This is a very slow recovery,” she said. “I feel the consumer pushed everything out to the last minute.”

Although optimistic, Gurski said the consumer has “shifted” and, rather than holding out for Black Friday deals, is instead constantly mining the Web for promotions.

“Black Friday is losing its luster a little bit,” agreed Chris Donnelly, a partner at Accenture’s retail practice. “I get these [Web-based promotional] deals — it’s like it’s Black Friday every week.”

Holiday will be “highly promotional,” he said, referring to his firm’s research, which indicated that women will cut back on spending for themselves, opting instead to purchase for family members.

“Retailers are setting up for a real dogfight,” he said.

The anticipation of a highly competitive holiday kept retail stocks from deriving a major benefit from September’s comparatively strong showing, but the S&P Retail Index did manage to advance 1.73 points on Thursday, or 0.4 percent, to 460.90. Some of the larger gains went to retailers whose September results qualified as pleasant surprises, such as Abercrombie & Fitch Co., up 8.9 percent to $42.03 after reporting that its comps advanced 13 percent, and The Buckle Inc., up 10.7 percent to $29.55 following a 3 percent comp gain versus expectations of a 4.7 percent decline.

Penney’s stock leaped 9.1 percent to $31.64, nearly all of the advance coming in the final hour of trading Thursday, when volume skyrocketed.

On the other hand, shares of Gap Inc., which saw comps decline 2 percent, principally on weakness at Old Navy, were off 3 percent to $18.12.

Analysts noted there was concern about inventories, as many stores placed holiday orders during the first quarter when demand appeared stronger. Most retailers can’t cancel those shipments now and may have to resort to steeper markdowns to move them down the line.

This isn’t a problem at broadlines retailers, said Citi’s Weinswig, who indicated the opposite is true at upscale department store Saks.

“Saks bought too lean. They have an inventory shortage issue,” she said, explaining that because the store’s merchandise comes from designers, it would be harder to reorder now.

Saks, which set off a frenzied holiday environment when it was among the first to pull the promotional trigger during the darker days of 2008, may be one of the last retailers to promote this season.

A little jittery about the prospects of a continuation of unseasonably warm weather, Weinswig said her only concern now is that outerwear is a bit heavy at some department stores and discounters.

“But I think that holiday will be fine,” she said.