Beyond Data: Deloitte’s Latest Book Spotlights Made in Italy

"Making IT. Fitting the Future,” includes 25 profiles on Italian fashion-related companies seen through the lens of storytelling.

A picture from Deloitte's "Making IT. Fitting the Future" book.

MILAN — Deloitte aims to fill the gap between data and storytelling when shining a spotlight on Made in Italy.

The consulting firm has unveiled its latest book called “Making IT. Fitting the Future,” a tome that gathers 25 Italian fashion, textile and manufacturing companies through a series of portraits and profiles.

“We’re still a ‘fashion country,’” said Patrizia Arienti, senior partner Deloitte and EMEA fashion and luxury leader, noting 24 percent of the biggest fashion companies globally are Italian, excluding labels that have been acquired by international conglomerates, such as Gucci, Fendi and Bottega Veneta, among others.

Along with fellow partner Alessandro Fontana, Arienti spearheaded the project — which was 1.5 years in the making — with the aim to outline the challenges the country’s fashion firms will face in the future, with a different perspective compared to usual Deloitte’s data-driven reports.

According to a recent survey, 70 percent of European citizens Deloitte interviewed judged Made in Italy as an “excellence” to preserve. Fontana said that with the book Deloitte “wanted to see what’s behind the data, decoding the companies’ intangible elements — such as passion and tenacity — all qualities that will take them into the future.”

“I call the entrepreneurs heroes, especially when they talk about the numbers [because] they never give up their dreamy gaze and artistic touch,” Fontana continued.

Breaking down the relevance of the country’s fashion system, Arienti said she expects the sector to see an increase in sales in 2019, up from 95.5 billion euros it generated in 2018. She also underscored 66.3 percent of the Italian fashion companies are inclined to exports, which generated a 28 billion euro trade balance in 2018, making the sector the second most relevant business in Italy behind the mechanical engineering sector.

Among the future challenges, Arienti stressed the importance of sustainability as a “value close to modern consumers,” as well as a shift in the business models to reflect “shortening production cycles” and a constant quest for high-skilled workers.

In addition, she contended “consumers are changing as they are increasingly tapping into technology not only for their purchases but also to influence their peers, which pushes fashion companies to build up their on- and off-line relationships with them.”

The 322-page edition features profiles retracing the history of each company, and through interviews with their founders, owners and chief executive officers it outlines the opportunities and challenges each business is facing. Candid pictures taken at each company’s premise further highlight the combination between craftsmanship and technology — a common trait in Italy, according to Fontana. 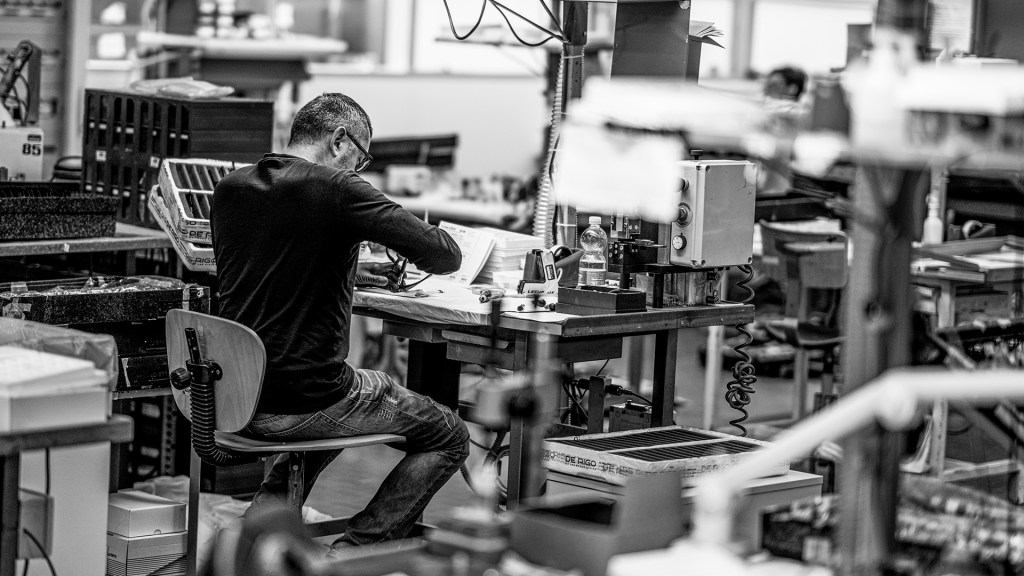 During the book’s presentation, Claudio Marenzi, ceo of Herno and president of Confindustria Moda, said a shared value among the Italian firms is to “think about our companies as communities. When you are in command you’re often left alone to take decisions and yet they [have a] collective [impact], as our employees rely on our decisions.”

Italy’s fashion firms were able to endure as they have always been ahead of time, according to Marenzi. “We reinvented ourselves and embraced globalization way before other sectors and then we focused on niche products, staying away from becoming mass-market producers,” he said.

“The values that brought us here will last forever, despite a shift in our business model,” added Ercole Botto Poala, ceo of Reda Group. “We need to change the company’s mind-set, probably adding roles that don’t even exist today.

“We will not be able to keep growing relying on the same business model we’ve used for the past 70 years. Today we have information we lacked a few years ago and they are influencing our take on business,” he concluded.

The book, presented two weeks ago at the European Parliament in Bruxelles, was compiled by Deloitte with the support of Holden Studios, a spin-off consultancy of Turin-based Scuola Holden, a school founded by Italian writer Alessandro Baricco, which offers undergraduate courses in storytelling and best writing practices.