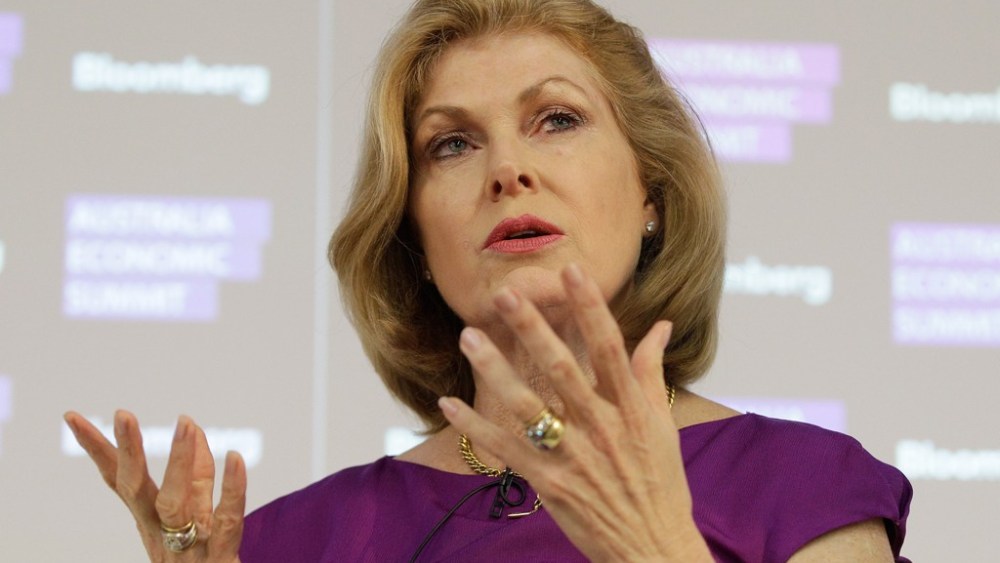 That’s what the beleaguered surfwear manufacturer’s new chief executive officer Launa Inman is hoping after her white-knuckle ride of the past 14 months.

Since Inman’s arrival in May 2012, Billabong International Ltd. has issued four profit downgrades and lost more than 90 percent of its market value, with its share price dropping as low as 13 Australian cents late last month — and all played out against the backdrop of a takeover farce involving six failed bids from four suitors.

While the bids may have evaporated, refinancing talks continue with two of the failed suitors, Altamont Capital Partners and Sycamore Partners. Following last week’s reports of U.S. hedge funds Oaktree Capital Management and Centerbridge Partners having acquired at least 280 million Australian dollars’ ($254 million) worth of senior loans from Billabong’s long-standing debt syndicate, the share price has almost doubled in a fortnight, closing Friday at 26 Australian cents, or 24 cents, up 15.6 percent. This values the company at 124.53 million Australian dollars, or $112.77 million.

“I don’t think there’s a single ceo in this country who has been through what I’ve been through in this past year, so if nothing else, I am seasoned and battle-worn” said Inman, who is in the U.S. this week to unveil one facet of the key pillar of her four-year turnaround strategy for the company: leveraging “Brand Billabong” via the first global women’s wear collection and campaign.

Described by Inman as an “end-to-end strategy,” The Billabong World of Adventure is a four-year campaign that embraces an interactive online catalogue; a cinema/print/outdoor/point-of-sale campaign lensed by British photographer Chris Craymer that will roll out from November as the product hits stores, and a loyalty program via which consumers accrue points after scanning receipts from Billabong product purchased anywhere in the world

Comprised of over 200 items, with a general price range of $40 to $80, the new Billabong Women collection itself is divided into four stories — Neon Safari, Surf Punk, Designer Closet and Surf Capsule —and represents the first time Billabong’s design team, which spans three continents, has worked together on one global collection.

Hero products are the Mix and Clash bikini and, notably, the Bralet, an underwire and/or padded bikini top in a fast-drying swim fabric that is designed to move from surf to shore — or, as depicted in the campaign video, from wave to rave — in a matter of minutes.

Overall, the line offers 27 head-to-toe fashion solutions with a wardrobe of cover-ups that includes dresses, tops, maxiskirts, printed bootleg sweatpants, accessories and a legging-look low-rise Neoprene wet-suit bottom in the Surf Capsule that some urbanites may want to pilfer from the surfers.

The Billabong World of Adventure campaign will target an exotic locale each year. Noted Inman: “Our typical customer loves to be a little bit ‘boho chic’ but is very active, adventurous, travels and goes to exotic destinations, and that’s exactly where many of the surfing competitions take place around the world.”

Other footage was taken inland near Pretoria, where the Ndebele tribe resides. The vibrant prints of the Ndebele inspired the collection’s graphics, and some Ndebele were contracted to supply traditional beadwork for the collection’s accessories. They also make cameo appearances in the campaign, alongside various local South African models and actors and Billabong athlete Laura Enever, a 21-year-old Australian surfer who is ranked eighth in the world.

“This is not just a commercial campaign, it’s about really relaunching and repositioning the brand,” said Inman. “Billabong is the most important brand within our stable of brands, so it [the campaign] is really critical. The second thing is, it’s a signal to the world that we’ve not stood still. I’m sure people are wondering what we have been doing, because we’ve been dealing with so many trials and tribulations. But there has been a lot of work going on in the background and we have a business to run.”

Inman arrived at Billabong in May 2012. The former managing director of Target Australia had increased sales there by 1 billion Australian dollars ($996.8 million at November 2011 exchange) to 3.8 billion Australian dollars ($3.79 billion) and pretax earnings by 85 percent during her seven-year tenure there, and repositioned the discount department store as a fashion destination thanks to big-buzz collaborations with designers such as Stella McCartney and Zac Posen.

One of her first initiatives: commissioning Billabong’s first-ever customer research survey of 5,000 people aged 14 to 45.

“We found we had very good brand awareness — people like the brand, but there wasn’t that emotional engagement that actually transferred into you buying the product,” said Inman. “So we’ve got the credibility bit, now how do we make it commercial without losing authenticity? That was really important.”

Why start with women’s wear?

Because when Billabong’s business was at its peak in the late Aughts, when sales reached 1.7 billion Australian dollars, women’s wear was doing well, said Inman. Moreover, although women currently only account for 30 to 35 percent of sales — Inman would like to the segment grow to 45 to 50 percent — women currently account for 65 percent of men’s wear sales in the company’s online business.

“Women are the people that actually influence a brand,” said Inman, who believes women’s wear could have a “halo effect” on the company’s men’s wear business. “They love to go and shop — they have influence even on their sons and partners.”

Inman’s transformation strategy, which was unveiled in August 2012, aims to radically simplify the Billabong business — which had hitherto been operating as three regional entities in the U.S., Europe and Australasia. Additional key initiatives are to leverage other key brands amongst the company’s 12-strong portfolio that includes Rvca, DaKine, Element, Von Zipper, Tigerlily, Kustom, Honolua Surf Co., Palmers Surf, Sector 9 and Xcel; expand the global e-commerce platform, and globalize and integrate the supply chain. The number of suppliers has been culled to 40 from 240.

Under threat of takeover since February 2012 — and under due diligence for 11 months since her arrival, a period in which no major structural changes were legally permitted — Inman’s hands have been somewhat tied.

How does a cash-strapped ceo finance a splashy global marketing campaign? By getting her interactive catalogue designed in-house by the company’s new global IT team and the sale of the 70-unit Canadian chain West 49, said Inman. A cost-cutting program has already seen the closure of more than 120 underperforming stores since her arrival. Some 500 stores remain. “We watched every expense we could, I have to say” she noted.

“Has it been easy? No,” said Inman. ”Because so much of my time has been spent dealing with bidders, dealing with lawyers, board meetings, talking with journalists.…I just keep having to say to myself: My role is, yes, we need to make sure we recapitalize the business. It’s absolutely critical and we understand that. But in the end, it’s all about getting the right product and differentiating, so that customers will come in and buy. If we get that right and we stand out from other brands, the rest will follow.”

She added, “This is not a make-or-break situation, this is about reestablishing the brand. I really do mean that. It is a good brand and the customers like it. Now I want them to buy it.”